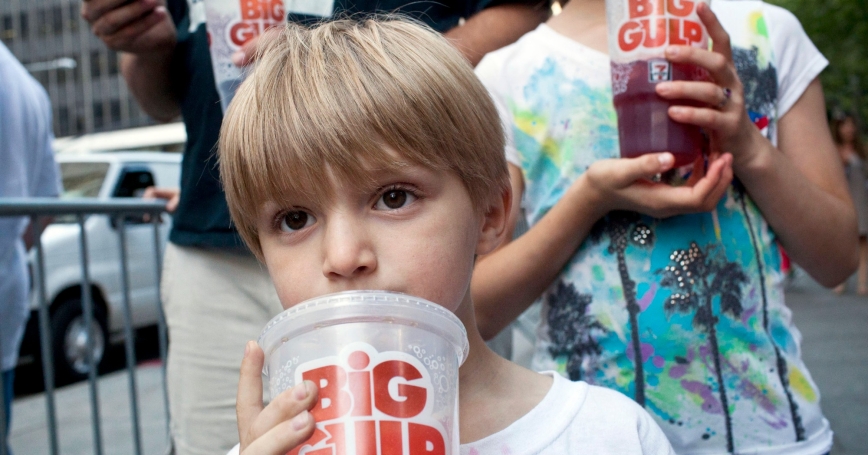 What would life be like in America if alcoholic beverages were sold the way food is sold?

That may sound startling — but it is fully consistent with those who insist that what they consume is an individual decision, and that parents, not the government, should be expected to control the behavior of their children.

If alcohol were marketed like food, many more people — including children — would be drunk all the time. There would be more fatal car crashes, more violence and more people dying from cirrhosis and other alcohol-related chronic diseases.

That's because aggressive marketing of alcohol would thrust it in people's faces all the time, priming them to think about drinking. The convenience of widespread, unregulated alcohol would make it easier to act on these thoughts. And the large quantities served would lead to more drunkenness, day and night.

The restrictions on alcohol — on where it can be sold, who can buy it and how strong each drink can be — make it easier for most people to moderate their consumption, and more difficult for children to drink.

Few Americans would argue that far-reaching restrictions on alcohol marketing meaningfully abridge their right to drink. Any adult over 21 can buy and consume as much alcohol as he or she wants. Restricting convenience simply forces the decision to drink to become somewhat more deliberate and planned behavior.

Food is marketed very aggressively in America — it is available at almost every cash register, and in restaurants that are open 24/7. It is served in extra-large portions and in all-you-can-eat venues. Americans are bombarded with advertising reminding them that it is always time to eat. And most people are vulnerable to the ubiquitous food cues surrounding them.

So it's no surprise that two out of three Americans have become overweight or obese. Most of them did not plan to gain weight, and most would prefer to be a normal weight.

People like to believe that all their actions flow from deliberate decisions, unaffected by the conditions around them. Nothing could be further from the truth.

We underestimate the power of context to influence our routine behaviors. Eating too much is generally an inadvertent behavior, one triggered by aggressive food marketing.

To help people avoid overeating, the kinds of policies effective in controlling alcohol consumption should be applied to food — standardizing portion sizes, limiting impulse marketing and reducing the convenience and salience of foods most closely associated with obesity and chronic diseases.

Americans must recognize that obesity is not a problem most individuals can successfully handle on their own.

Rather, it is a population problem that demands population-focused policies designed to increase the odds that everyone will have a fair chance to moderate food intake to achieve their personal health goals.

Cohen is a senior natural scientist at the RAND Corporation, and the author of “A Big Fat Crisis: The Hidden Influences Behind the Obesity Epidemic — And How We Can End It.”

This commentary originally appeared in New York Daily News on May 18, 2014. Commentary gives RAND researchers a platform to convey insights based on their professional expertise and often on their peer-reviewed research and analysis.