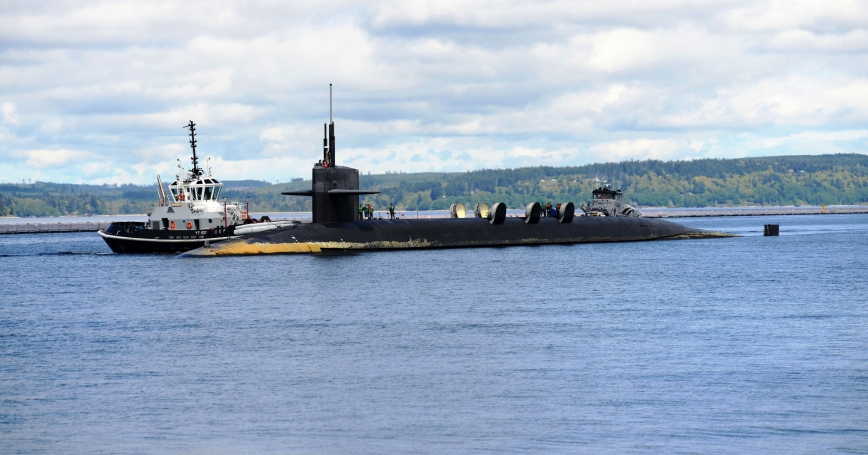 by Wendy M. Troxel and Regina A. Shih

The U.S. Navy may be waking up to something sleep experts have known for a long time: that people function best when they follow their natural sleep rhythms.

Shedding new light on this issue is research from the Navy laboratory in Groton, Connecticut, which examined the Navy's practice of basing the workdays of submarine sailors on 18 hours rather than the normal 24.

Under the 18-hour schedule, submariners' days are divided into three six hour segments: on-duty, off-duty including some training and drills, and sleep. This was put in place in the 1960s because the Navy felt the shorter on-duty shifts would limit fatigue. This latest study, conducted at the Naval Submarine Medical Research Laboratory, found the shorter six-hour sleep periods were having the opposite effect as sailors became fatigued every third cycle when they were working at times their bodies said they should be sleeping. The researchers found that any fatigue that came from being on duty eight, rather than six, hours was more than balanced out by the longer eight-hour sleep periods.

The thinking behind the 18-hour workday schedule was that it didn't really matter much when submarine sailors slept, since there's no natural light aboard a sub to distinguish between night and day. The problem with this line of thinking, however, is that people's bodies know what time it is, even when operating in isolated environments like in a submarine at the bottom of the ocean. And when people try to sleep at a time that is out of sync with their internal “biological clocks,” or circadian rhythms, the quality of their sleep suffers as well (as anyone who has experienced jetlag can tell you). It's much harder to fall asleep, and sleep becomes much lighter and more fragmented.

Scientists have shown that even under tightly controlled laboratory conditions, during which exposure to ambient light and temperature are kept at constant levels and other cues that would signal time of day are eliminated, people continue to run on a cycle roughly approximating a 24-hour schedule. Even under such isolated conditions, people's bodies are internally synchronized to be more likely to be awake at certain times of the day (i.e., daytime) and more likely to be asleep at night. So a sailor who has a six-hour sleep period that occurs during his or her “biological day” is unlikely to capture a full six hours of energy restoring shut-eye.

Substantial evidence shows that when people are out of sync with their biological clocks, there are clear consequences for health and performance. For instance, evidence from shiftworkers of various occupations, individuals experiencing jetlag, and teenagers experiencing what's known as “social jetlag” due to the conflict between late bedtimes and early school start times, all show a host of negative consequences. These can range from impaired judgment, decreased concentration and reaction times, to an increased risk of obesity and cardiovascular events. When it comes to the military and other high-risk occupations which require constant vigilance, these types of consequences are particularly dangerous.

U.S. Navy Captain John Cordle and Dr. Nita Shattuck of the Naval Postgraduate School, who have conducted some of the pioneering studies to test the effects of changing schedules on Navy ships, have shown that trying to beat natural circadian cycles leads to increased fatigue and decreased operational performance. In contrast, schedules that allow sailors to “preserve a circadian rhythm” paid huge dividends in reducing fatigue.

In an increasingly 24-7 world, there will likely always be a need for shiftwork, particularly in the U.S. military as it confronts enemies around the clock. But the Navy's own science now recognizes that tampering with natural sleep cycles can result in a fatigued crew. Applying scientific research on the biological underpinnings of sleep has resulted in a re-examination of a decades-old workday scheduling protocol.

The Navy has said it will leave it up to individual submarine skippers to decide if they want their crews operating on the 18- or 24-hour workdays. When it has been tried, the switch has drawn positive responses from crewmembers. Following the body's natural rhythms can make a huge difference in the quality of sleep people get and their ability to function at maximum levels. It can be like night and day.

This commentary originally appeared on U.S. News & World Report on May 8, 2014. Commentary gives RAND researchers a platform to convey insights based on their professional expertise and often on their peer-reviewed research and analysis.