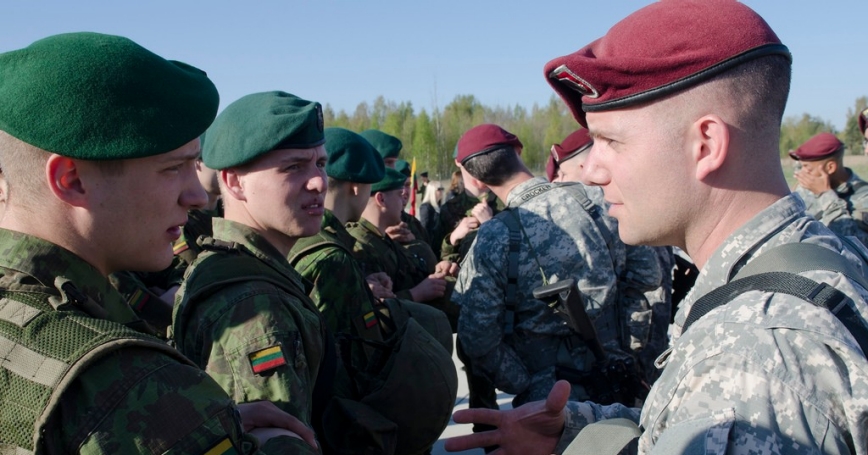 As Russia quickly took Crimea and escalated tensions in the region, the United States and its NATO allies have sought to assure others in the region of their continued interest in collective security. The recent deployment of elements of the 173rd Airborne Brigade Combat Team to Poland and subsequently to the Baltic states represents a tried and true option to exert influence against Russia's coercive power play in Europe. It was made possible by a decades-old decision that a U.S. presence in Europe offers a valuable advantage by expanding options for engagement and demonstrating commitment in the region.

The positioning of these forces in Europe comes at a time when military leaders are engaged in detailed discussions about how they can do more with less. Expeditionary and crisis response operations have seen renewed interest, particularly for the Army and Marine Corps. The Marine Corps is testing out new force designs, such as the Special Purpose Marine Air-Ground Task Force — Crisis Response, and recommitting itself to its Marine Expeditionary Units. The Army's 82nd Airborne Division, much larger force than other quick-response forces, has rededicated itself to its role as a major contributor to the joint Global Response Force. The Army is adding crisis response to its menu of capabilities as part of its still-developing Regionally Aligned Forces concept. All told, crisis response forces provide quick-turn capabilities and operate as small units all the way through brigade or larger formations and can land via sea or air in days' and weeks' time.

While the renewed interest in crisis response forces by the military services is welcome in these times of uncertainty, forces that are permanently assigned to a geographic combatant command and based in a region continue to offer distinct benefits. RAND research has shown that an overseas presence enhances contingency responsiveness in most cases. Regionally based forces offer the combatant commander a level of flexibility and certainty that service-retained forces (however ready they might be) would be hard-pressed to match. This point has already resonated with senior military officials and should remain a serious option for policymakers.

Many crisis response forces are retained by the service branches, but the 173rd is assigned to U.S. European Command and stationed in Italy. The virtue of its proximity to the crisis in Crimea made it an appropriate and efficient choice that sends a clear message of intent. The complementary nature of crisis response and forward presence is endemic—one cannot replace the other, and both are needed to provide the very options that have been lacking in recent high-level discussions about force cuts. As policymakers consider the necessity of reducing overseas presence and emphasizing the use of rotational forces, they should not completely discount the utility of regionally based forces assigned to the combatant commands.

Jonathan Wong is a doctoral candidate at the Pardee RAND Graduate School and an assistant policy analyst at the nonprofit, nonpartisan RAND Corporation. Christopher Pernin is a senior scientist at the RAND Corporation and director of the RAND Arroyo Center's Force Development and Technology Program.