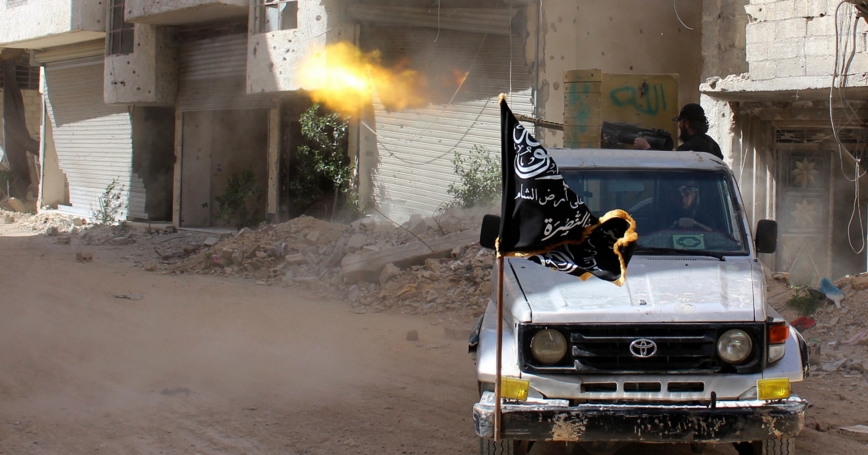 Terrorists often resolve internal disputes the old-fashioned way: They kill each other.

This was demonstrated most recently in February, when members of the Islamic State of Iraq and the Levant (ISIL) are believed to have carried out the suicide attack that killed Abu Khaled al-Suri, a founding member and leader of Ahrar al-Sham, a rival coalition of Islamist rebel groups in Syria. Until recently, ISIL was al Qaeda's affiliate in Iraq, but when the group asserted its authority over Jabhat al-Nusra (JN), another al Qaeda affiliate fighting in Syria, JN's leader objected. And salvos of complaints, warnings, occasional skirmishes, and internal bloodletting began in January.

Quarrels have previously occurred within al Qaeda—both between the core organization and its affiliates and within the affiliates themselves. But while al Qaeda's leaders have quarreled in the past over strategy, tactics, and targets, an open break like this is unprecedented and creates real risks for both ISIL's and al Qaeda's leadership.

Battles between rival rebel groups and within terrorist organizations are not uncommon. Disputes derive from differences over ideology that are often incomprehensible to outsiders, strategy, tactics, rules of engagement, and negotiations to end a conflict. Terrorists may compete with each other, sometimes in deadly battles, for the control of sources of financing. Some of the internal struggles are about who will lead.

Few of the quarreling factions in these historical examples ever managed to reconcile their differences. Not surprisingly, men already dedicated to violence generally settle their differences violently or via betrayals to the authorities, even if at great cost to their stated causes. Nevertheless, the internal divisions did not doom the movements.

A recurring issue of contention within today's al Qaeda is whether to employ terrorist violence without limits or to operate within self-imposed constraints to avoid alienating local communities and the broader Islamic community. The escalation of terrorism over the past several decades and the apparent determination of today's terrorists to kill in quantity without discrimination would seem to indicate that the self-imposed constraints which governed earlier terrorist behavior have eroded. But even al Qaeda's bloody-minded leaders worry that killing too many civilians, especially Muslims, alienates support among Muslims. However, others see utility in unbridled violence. It gets attention, creates terror, and attracts recruits of a particularly violent type—it works.

This kind of tension seems built into terrorist groups. Ideologues resort to terrorist tactics to achieve their goals, but their campaigns attract hardline recruits for whom violence seems an end in itself. They reject any self-imposed constraints as faint-hearted. If things are not going well, it is because the violence is insufficient. If things are going well, more violence will accelerate progress.

Another especially divisive issue is contemplating any sort of dialogue that could end the fighting. Terrorists see this not merely as a betrayal of the cause but, in the case of al Qaeda, as being against God's will. To many, peace-seeking is a personal threat. Terrorist groups are composed not of conscripts yearning for the fighting to end so that they can go home, but of self-selecting volunteers who, often dissatisfied with their lives, seek the risks and opportunities that membership in a terrorist group offers—a new identity, a new life, assumed status as a self-proclaimed warrior, the excitement of courting death, a presumed license to kill, pleasure in pursuing baser instincts. They exalt violence and invite participation.

And instead of defending Islam against perceived infidel aggression, new volunteers to al Qaeda now face the prospect of killing or being killed by rival jihadists, presumably a less attractive proposition.

Jenkins is senior adviser to the RAND president and the author of “Al Qaeda in Its Third Decade: Irreversible Decline or Imminent Victory?”“Dynamics of Syria's Civil War” and “Brothers Killing Brothers: the Current Infighting Will Test al Qaeda's Brand.”

This commentary originally appeared on thehill.com on May 5, 2014.