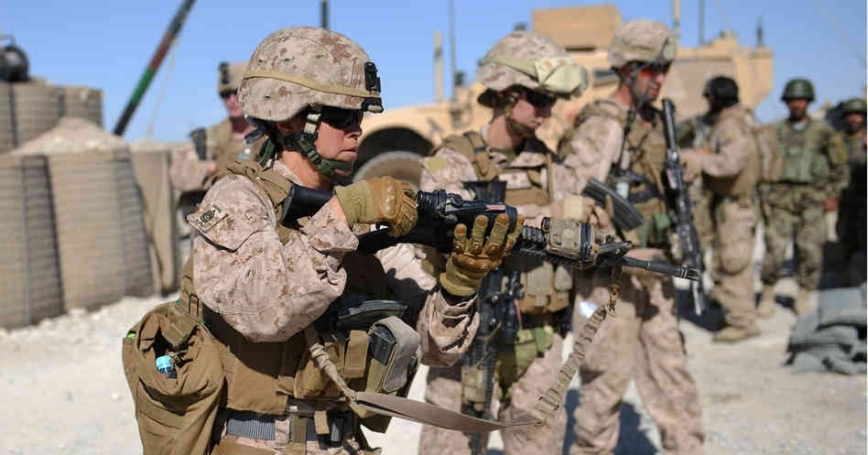 Marines check their rifles after a patrol with Afghan soldiers in Helmand Province, Afghanistan

Less than one percent of the US population has joined the military during the wars in Iraq and Afghanistan. Some 12 percent served during World War II, almost 10 percent in Vietnam. As those cohorts have decreased, the overall number of veterans has been shrinking. Women, however, are the fastest-growing segment of the veteran population. As restrictions limiting their roles have slowly been lifted, women have served at unprecedented rates in recent years, in positions from piloting aircraft to manning machine guns in combat.

Public recognition of our honorable wartime service has not grown as swiftly as our numbers and opportunities: without the close-cropped haircut our male peers sport by regulation, we are less likely to be easily identifiable out of uniform, and military women are too often portrayed in the media as victims rather than heroes. Now, however, women are telling their stories, adding to the tales of war and homecoming that men have been recording from the Odyssey and Iliad on. Works have been published by women veterans from all four branches of service, officers and enlisted, active duty and reservists, and from multiple ethnic backgrounds. Their diverse voices can significantly deepen our understanding of both who volunteers to serve in today's military and what they experience....

The remainder of this commentary is available on lareviewofbooks.org.

Kayla Williams is a project associate at the nonprofit, nonpartisan RAND Corp. and is the author of Love My Rifle More than You: Young and Female in the U.S. Army and Plenty of Time When We Get Home: Love and Recovery in the Aftermath of War.

This commentary originally appeared in Los Angeles Review of Books on May 26, 2014. Commentary gives RAND researchers a platform to convey insights based on their professional expertise and often on their peer-reviewed research and analysis.