Are Youth Putting Off Marriage Because of Their Student Loan Debt? 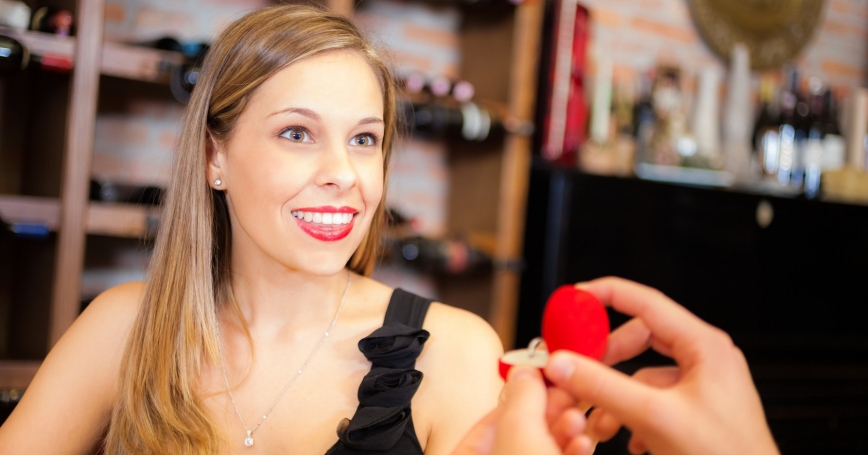 In a recent study published in the journal Demographic Research, my colleague Angela Estacion and I attempted to answer the question: Does graduating from college with hefty student loan bills force youth to delay important milestones in adulthood, such as getting married? The study was prompted by recent and somewhat sensationalized media stories regarding the effects of student loan debt. For example, the Wall Street Journal ran a story with the following headline in 2012: “To Pay Off Loans, Grads Put Off Marriage, Children.” The accompanying article forecasted a generational financial epidemic whereby the weight of student loan debt will force increasing numbers of young adults to put off getting married, having children, and buying homes.

In reading these stories, we became curious as to whether or not they had any empirical support. Separating the unique influence of student loan debt from its broader social and economic context is difficult, so we also wondered whether these attention-grabbing headlines were overstating the unique economic hardships faced by the millennial generation coming of age during the Great Recession. We combed through government reports on student loan debt and reviewed articles published in academic journals about the determinants of marital timing. Two distinct trends proved true: The percentage of students leaving college with student loan debt and the age at which young adults are getting married have both increased over the past two decades. However, we couldn't find any study that directly linked student loan debt with marriage timing — so we conducted our own.

We began with data from a larger national study conducted by the Department of Education's National Center for Education Statistics. In 1993, researchers surveyed a representative sample of everyone who finished college with a bachelor's degree in the United States in that year. This sample included more than 12,000 college graduates from all 50 states. The Department of Education's primary reason for surveying graduates was to better understand how American youth and their families pay for college. As part of the study, the researchers collected financial aid records directly from students' institutions. These data allowed us to determine graduates' total loan balance at the time they walked across the stage to receive their diploma.

In a follow-up study, researchers interviewed the graduates four years later to learn about their post-college experiences, collecting detailed information on their loan payment histories. Some graduates had paid their loans off already; some had deferred due to graduate school enrollment, unemployment, disability, or public service (e.g., Peace Corps, military); and some had defaulted. Most, however, continued on with their loan payments and saw a steadily shrinking loan balance on their monthly statements. The researchers also asked graduates to report whether or not they had gotten married since graduation and, if so, what month and year. With these data, we were able to assess whether changes in graduates' loan balances were related to the timing of their marriages.

Our analysis yielded two important findings. First, we found that women with higher loan balances were less likely to get married than their peers with lower or no loan balances. This was not the case for men. Student loan debt had no bearing on whether or when young men tied the knot. While we cannot say with certainty why there were gender differences, we speculate that women place a greater value on economic stability before they enter into serious long-term romantic relationships and form families. Student loan payments limit such stability. Second, we found that the negative effect of debt diminishes over time. Upon finishing college, the weight of student loan debt — particularly for those who rely heavily on loans to finance their education — may preclude a serious consideration of marriage until they are able to “get on their feet.” As time goes on, however, young adults adjust to their post-college financial situation and eventually start getting promotions, earning raises, obtaining other assets, and getting married. In other words, the negative effect of loan debt on marriage in young adulthood is short-lived.

Indeed, the news stories about delays in marriage have some merit. After graduation, the student loan repayment process represents a new and often substantial “shock” to young adults' cash flow. At least for young women, this shock may preclude a serious consideration of marriage in the short term. Policy discussions regarding student loan debt — which have continued to gain traction with the Obama administration's proposals to cap monthly payments — are unlikely to be affected by such demographic considerations as marriage timing. However, drastic changes in these policies could have important implications in terms of the economic resources available to future college graduates, and they incidentally shape how young women approach critical decisions about the immediate direction of their personal relationships.

Robert Bozick is a sociologist at the nonprofit, nonpartisan RAND Corporation and a professor at the Pardee RAND Graduate School.