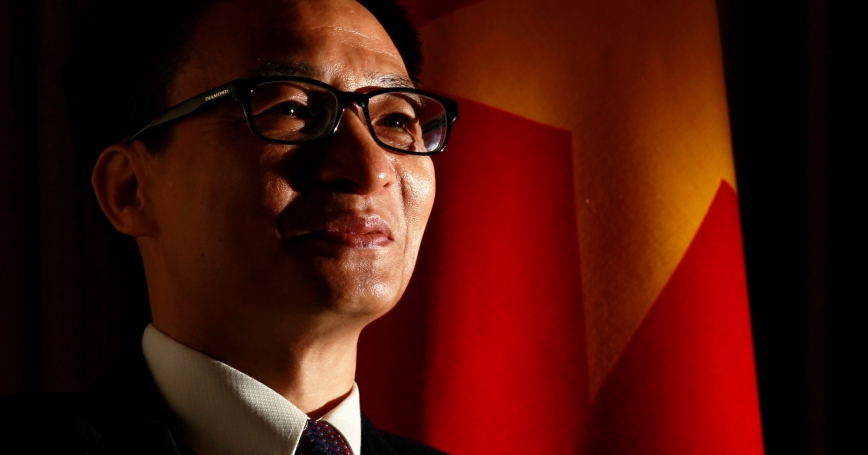 Vietnam's Deputy Prime Minister Vu Duc Dam at an interview with Reuters on May 22, 2014, where he demanded that China withdraw an oil rig off the coast of Vietnam in waters also claimed by Hanoi

This video is hosted by live.wsj.com. RAND is not responsible for any materials originating from this third-party server.

Tensions are rising in the South China Sea, where China moved a state-owned oil rig, reportedly accompanied by six warships, into disputed waters last month, triggering anti-Chinese demonstrations in Vietnam that resulted in four deaths. Beijing has denied reports indicating the presence of Chinese warships in the region, while Hanoi has threatened legal action.

Beijing's movement into contested waters is the most recent manifestation of what experts call a more “assertive” China. The country is currently at the center of rising tensions in the South and East China Seas, most notably ongoing disputes with Vietnam over the Paracel Islands and with Japan over the Senkaku Islands.

Harold also noted that the unique relationship between China and Vietnam poses difficult challenges for the latter:

“[Vietnam's] greatest trading partner, China, is also their greatest security threat. Vietnam … would like to have more close relations with the United States and with the advanced leading democracies of East Asia, but ideologically, that's anathema to their one-party communist dictatorship.”

Harold went on to explain various concerns that might prompt Vietnam to distance itself from its northern neighbor, including doubts about the quality of Chinese construction projects taking place in Vietnam, Chinese extraction of Vietnam's natural resources, and low-quality, lower-cost imports from China that may undercut Vietnamese manufacturers.

“There are a lot of reasons for [Vietnam] to try to balance away from China … We'll see if that pushes Vietnam to undertake some very dramatic reforms in its political and economic model, so as to be able to reach out more effectively to the West and find some balance against their dependence on China.”

Harold also noted that the Association of Southeast Asian Nations (ASEAN) hasn't taken collective action against Chinese assertiveness, because many of the countries have very different relationships with Beijing:

“Several of the ASEAN countries have no territorial dispute with China. A country like Cambodia or Laos that's very heavily dependent on Chinese foreign assistance [or] a country like Thailand … [or] Myanmar that also doesn't have any territorial dog in the fight … they're not claimants in the South China Sea. [These countries don't] want to have to carry Vietnam or the Philippines.

“Furthermore, countries like Brunei or Malaysia that have not yet seen China be terribly assertive towards them, even though they are … claimant states to the South China Sea … are reluctant to prioritize what will eventually … be a claim dispute in the future, for the sake of better economic relations right now.”

For more insights on the “slow boil” of international tensions in the South and East China Seas, listen in on a discussion between media and RAND's experts on the region.