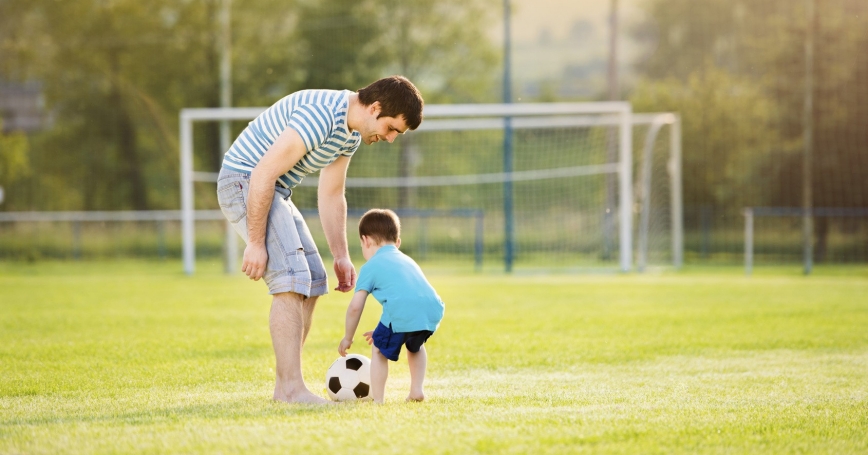 Father's Day is celebrated to recognise the contribution dads make to their children's lives. Many countries will acknowledge Father's Day on the third Sunday of June (June 15 in 2014). This day offers a reason to examine how government policies encourage fathers to take a more active role in caring for their children. A particularly informative example can be found in the aspects of European family policy that relate to fathers' caregiving in the early years of children lives.

In recent years, family policy developments in Europe have been shaped to a great extent by a narrative model of parents' labour participation and childcare. This is a departure from the traditional family roles of fathers as primary breadwinners, mothers as primary caregivers, and children cared for at home until primary school years. This new paradigm has been summarised in RAND Europe's policy brief Caring for children in Europe, which quotes research by Chiara Saraceno: “Mothers are increasingly expected to participate in the labour market; fathers are increasingly expected to be involved in the care of very young children; children are increasingly expected to be partly cared for in non-family formal settings from a very young age onwards.” RAND research confirms that leave policies in Europe are increasingly providing opportunities for fathers to take on a greater role in childcare provision. But are fathers really becoming more involved? And, if so, what are the conditions for the more active involvement of fathers?

European experience provides evidence that the design of leave entitlements plays a crucial role in encouraging dads to take time off to care for a child. For instance, it is important to recognise that some policies are designed specifically for mothers (maternity leave), some for fathers (paternity leave) and some for both parents (parental leave). As showed in the country profiles featured on the European Platform for Investing in Children website, nearly all EU member states have introduced paternity leave, dedicated time off for fathers that usually can be taken until a child is one year old. European experience shows that dads typically take advantage of paternity leave soon after the birth of a baby, using this as an opportunity to bond with the child and help the mother during her recovery from childbirth.

Parental leave provides another opportunity for fathers to be involved in childcare by allowing parents to share leave time. Evidence of parental leave uptake by dads is mixed, however. The critical factors influencing decisions to use parental leave by dads seem to be related to the compensation level and how the leave programme is structured.

What have we learnt from European experiences of fathers providing care to their young children? First of all, mothers are still the main childcare providers, but, as the evidence shows, with the right policies, fathers can and do take care of their young children on their own. Second, with the reconciliation of paid work and care for children at the heart of recent policy developments in Europe, we can expect further policy changes encouraging fathers to have a greater role in providing childcare. Last but not least, policy change is also reflected in the social expectations of fathers' (and mothers') roles. After all, engaged fathers (and mothers) have a positive influence on their children's development, and that contributes to a happy childhood.

Barbara Janta is an analyst in the Education, Employment and Social Policy team at RAND Europe.