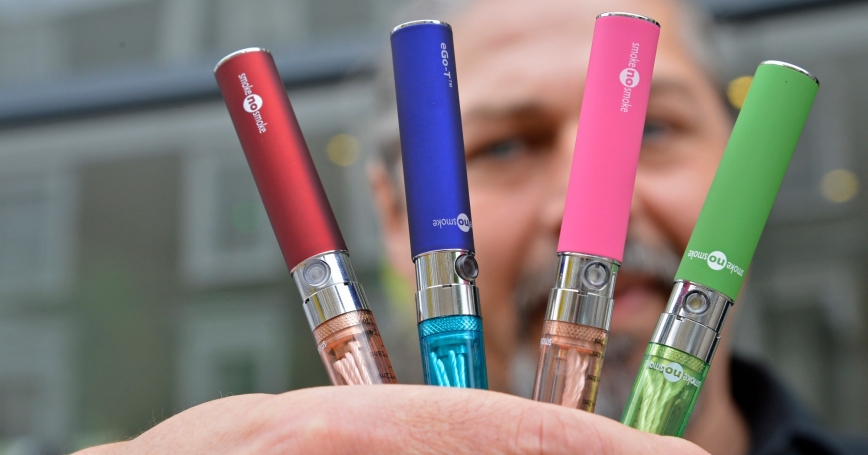 In April, the Food and Drug Administration (FDA) proposed a new rule to extend its jurisdiction to include a broader range of tobacco products: e-cigarettes, cigars, pipe tobacco, nicotine gels, hookah tobacco, and dissolvable nicotine products.

Many of the proposed regulations mirror those already in place regarding cigarettes, cigarette tobacco, roll-your-own tobacco, and smokeless tobacco. These include warning label requirements, limiting youth access, and bans on free samples.

But there are key differences. Unlike existing regulations for cigarettes, the proposed regulations for these other tobacco products would not restrict advertising and marketing, nor would they eliminate the use of sweet flavors, such as “piña colada” and “cookies and cream milk shake.”

Reactions have been predictably mixed. Most commentators have lauded the proposed rules as important first steps toward regulating other tobacco- and nicotine-containing products. But some believe the FDA hasn't gone far enough in its regulatory efforts.

We've written previously about the need for new regulations to be supported by evidence:

“Policy should never get ahead of science. Anecdotal reports, hearsay, and 'hair-on-fire' concerns aren't a sufficient foundation for building policy.”

These are points worth repeating, particularly because the FDA is allowing comments on the new rules for the next several weeks and encouraging researchers to make relevant research available to them as the new rules take shape.

The weight of scientific evidence supports what the FDA has proposed, and there are few objections to what is currently on the table—even among some e-cigarette makers. For example, requiring warning labels on all tobacco products and banning sales to youth under the age of 18 are noncontroversial and supported by science.

However, some are voicing loud objections in response to what is not on the table. For example, there are concerns that premium cigars may be excluded even though they have the same negative health effects as cheaper smokes.

But at this point, asking the FDA to restrict marketing and advertising or to ban flavored products would be premature. The base of scientific evidence grows with each new study, particularly with e-cigarettes, but it doesn't support additional regulatory action beyond what the FDA has already proposed—at least not yet.

To some, this approach to policymaking may be frustrating and seem overly conservative, perhaps even giving the impression that policymakers are siding with the tobacco industry. While the tobacco control community is distrustful of the industry's tactics and motivations—typically with good reason (PDF)—it's important to be mindful of the real dangers of reacting too quickly without proper empirical support.

Past rulings against graphic warning labels on cigarette packaging are a perfect example of what happens when policy precedes science. In their 2012 decision (PDF), the U.S. Court of Appeals wrote that the “FDA has not provided a shred of evidence … showing that the graphic warnings will 'directly advance' its interest in reducing the number of Americans who smoke.” The industry seems perfectly happy to litigate aspects of regulation, and it wins when the evidence for specific regulatory actions is insufficient.

Scientific discovery is slow and deliberate. And sometimes it's too slow and deliberate to satisfy a nervous public health community or to keep pace with a rapidly emerging and evolving range of new tobacco products. But the tobacco control community and the public can scarcely afford additional lengthy and expensive court battles only to be rejected for lack of evidence to support key regulatory efforts.

This commentary originally appeared on thehill.com on June 12, 2014.