Four Approaches to Improve Higher Education in India Through Policies 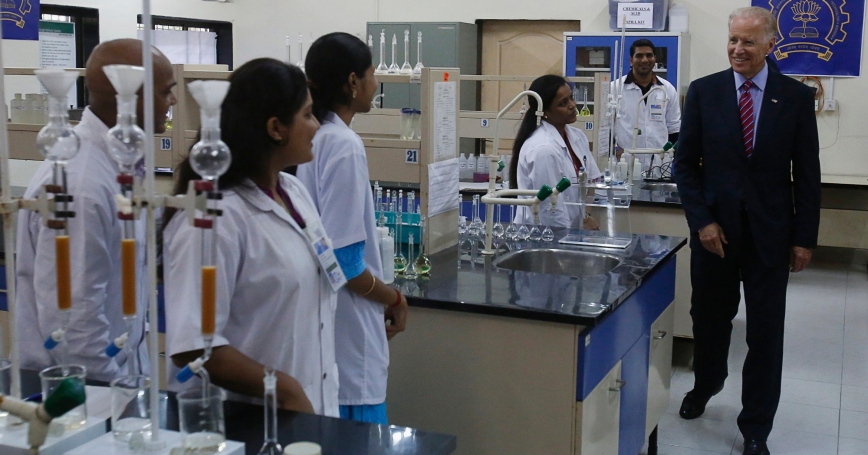 by Trey Miller and Megan Clifford

Demand for higher education has increased dramatically in recent years in India, as it has in other countries across the newly industrialised world. Globally, enrolments have increased more than 50 percent in the past decade and now exceed 150 million worldwide, with more than half of the students coming from emerging market countries. In India, enrolment has grown from 10 million in 2000 to 23 million in 2013. As enrolments have grown, so has interest in improving access and quality. However, there is little consensus on these topics particularly since empirical evidence is lacking. To identify and address gaps in research on improving access and quality, RAND researchers systematically reviewed research on higher-education policies on affirmative action, financial aid, private education, and technical and vocational education. Here's what we found.

Affirmative-action programmes do increase enrolment of students who may have faced race, caste, gender, or geographical discrimination. However, they also displace groups, such as females, who are not targeted but are still disadvantaged. Within India, one study found affirmative action successfully targeted the financially disadvantaged, with some lower-caste students replacing uppercaste ones. However, it also found that the earnings-level gain of upper-caste entrants was twice that of the lower-caste entrants. Thus, the programme benefited the poor, but reduced the earnings of graduates in absolute terms.

Such policies also reduced female enrolment, given that upper-caste females are more likely to pursue higher education than lower caste ones. Another study of India found admission preferences successfully targeted minority students, but that those in more selective majors tended to fall behind their same-major peers. They also earned less than they would have by enroling in a lessselective major and were more likely to get worse jobs.

In another instance, the development of higher education institutions in rural India had led to exponential increases in female enrolment there. Within Maharashtra, women's participation in higher education has been growing more rapidly in the outskirts and in emerging centers like Nanded than in Mumbai, though enrolment has skewed away from the sciences and toward general education.

Many countries have publicly-supported universities that charge no tuition, but limit access. This disproportionately benefits wealthier students. Cost-sharing strategies, requiring students to bear a portion of their education costs, coupled with loans are a more equitable and efficient alternative.

Student-loan systems, however, may have large hidden interest-subsidies and default-related costs that will burden future generations. Not all newly industrialised countries have the institutions to support such programmes. India, however, has a well-developed banking system, and can deliver student loans without incurring high information-related transactions costs. On the other hand, the absence of a government-sponsored refinance market deters banks from committing long-term capital to student finance.

An education system that includes both public and private institutions may help governments better meet student demand and shift some of the burden of education to private providers. Private institutions, however, are often more expensive than public ones due to the absence of state support.

So, financial-aid programmes may be needed to make private education accessible. The quality of private institutions also varies greatly, so quality-assurance mechanisms on government backed loans may also be needed to ensure the quality of such schools.

In India, private institutions are similar to their global peers: they are costlier than public colleges and rely on tuition fees to meet operating costs. Since financial-aid is limited, private institutions focus on providing “job-ready” education, such as engineering and business studies, that students and their families are willing to finance through borrowing from informal sources.

Education and Training Technical and vocational education and training have led to significant employment and wage gains for lower-income women in the newly industrialised world. Some limited evidence also shows that such programmes are relatively cost-effective.

Women often lag behind men in enrolment in technical programmes. Such differences may result from inadequate preparation at the secondary level or cultural attitudes regarding suitable jobs for women. Existing research does not offer any concrete solutions on how to address these problems.

Within India, a study of a vocational-training programme offered to women 18 to 39 years of age in two severely disadvantaged areas of Delhi found those participating in the programme were more likely to be employed and to have higher earnings than non-participants, with those completing the programme faring better still. India has some national policies to provide women with equal access to technical and vocational education, but, unlike some other newly industrialised nations (Mexico, Turkey, Zambia), does not have laws guaranteeing this. Among other barriers that Indian women face in technical and vocational education are parent attitudes, employer attitudes, and limited family and child-care support.

The research has several implications for improving higher education in industrialised worlds.

First, policymakers should guard against unintended effects in crafting policies. One way to do so is to coordinate policy actions. For example, policymakers may combine cost-sharing policies with need-based scholarships or loans to ensure that even as the burden of support shifts, low-income students may still have access.

Because students from wealthier families are more likely to pursue higher education, free tuition policies may benefit them more and exacerbate income inequality.

Third, policymakers should consider the unique historical, political, and economic characteristics of their country when seeking to increase access or improve the quality of higher education. What works in one country may not work in another. Indeed, even within a country, policies may vary in their effects: for example policies aimed at expanding geographic access vary in how they affect female enrolment in India.

Fourth, the lack of robust evidence on this topic demonstrates the need for improved data. Existing research often fails to reach a firm consensus on the most effective policies. Studies using larger datasets spanning multiple institutions may yield more robust findings. More experimental studies measuring policy effects would be particularly helpful, as would additional information regarding effects on enrolment, retention, graduation, and employment.

The main findings are available in a detailed report available for free download on RAND's website http://www.rand.org/pubs/external_publications/EP50393.html

The report's authors include Megan Clifford, Trey Miller, Charles Goldman, Cathy Stasz, and Krishna Kumar of RAND, and Cecile Sam of the University of Southern California.

This commentary originally appeared on EduTech Magazine on May 2, 2014. Commentary gives RAND researchers a platform to convey insights based on their professional expertise and often on their peer-reviewed research and analysis.