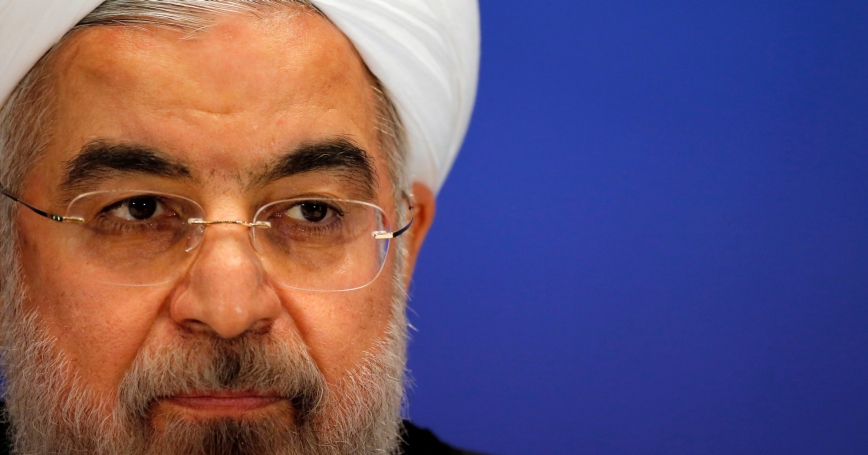 Iran's President Hassan Rouhani attends a news conference after the fourth Conference on Interaction and Confidence Building Measures in Asia (CICA) summit, in Shanghai May 22, 2014

The November 2013 Joint Plan of Action (JPOA) (PDF) agreement among Iran and the P5+1 (United States, UK, France, Russia, China, and Germany) commenced a six-month negotiation schedule designed to reach a final and hopefully lasting deal. Many of the trends since then have been positive: JPOA froze Iran's nuclear activities for limited sanctions relief and negotiations have continued apace. Both the Obama administration and the newly elected government of President Hassan Rouhani genuinely want a deal. But recent reports also indicate major divisions between Iran and the P5+1. Simply put, Iran appears eager to maintain much of its nuclear infrastructure while offering greater “transparency,” while the United States wants a serious roll back of Iran's uranium-enrichment program. While most observers expected bumps in the road, the latest disagreements could be the most significant disagreements that have arisen since JPOA was signed. But how serious are these disagreements? Is the Iranian government becoming more recalcitrant, or is it just driving a hard bargain?

If anyone could negotiate a way out of Iran's nuclear impasse, it is Hassan Rouhani. While part and parcel of the political establishment, Rouhani is urbane, pragmatic and arguably Iran's top expert on nuclear negotiations, having served as Tehran's top nuclear negotiator from 2003 to 2005.

Rouhani's goal of improving Iran's economy converges with Obama's desire to stop and roll back Iran's nuclear program. While the two may want a real improvement in bilateral relations, they are realistic enough to know that domestic constraints (Congress, Iranian conservatives) and real world differences (Iran's opposition to Israel and support for the Syrian regime, Israeli and Saudi suspicions of Iran) may preclude a major rapprochement between the two nations. A nuclear accord may be difficult to achieve, but it is the safest bet.

But it's not just up to Rouhani and Obama. The centrist cleric may be Iran's president, but he is hardly a decisive actor. His negotiations have been backed by Supreme Leader Ayatollah Ali Khamenei and the conservative establishment, but pressure on him to “protect” national interests is increasing every day. A recent hardline public conference titled, “We Are Worried”, served as a reminder that Rouhani faces a real dilemma; he has to come to a middle ground with the P5+1 that limits Iran's nuclear ambitions while allowing the Islamic Republic to declare victory and save face.

The Iranian government is reportedly demanding that it keep its 9,000 operating centrifuges while reserving the right to expand its program to 50,000 centrifuges. Former Obama administration officials such as Robert Einhorn and Gary Samore have defined a middle ground between Iran and the P5+1 as entailing about 3,000 Iranian centrifuges. There are other issues at play, including the fate of the heavy water reactor at Arak and Iran's acceptance of more intrusive inspections, but they are relatively manageable. Iran's enrichment program, the heart of the negotiations, is a point of pride for the Islamic Republic, but a source of deep concern for the United States and its partners.

This commentary originally appeared on The National Interest on June 1, 2014. Commentary gives RAND researchers a platform to convey insights based on their professional expertise and often on their peer-reviewed research and analysis.