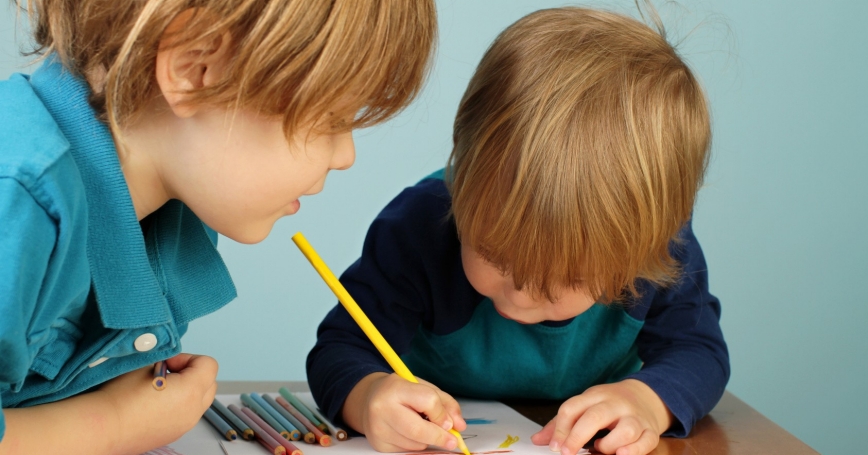 As the three Education Week figures attest, racial and economic inequalities in schooling remain stubbornly large even 60 years after the Brown vs. Board of Education of Topeka ruling. The gap in average test scores between white and black children is still substantial, but fortunately it has diminished in size since 1960. Meanwhile, the achievement gap between children from the highest- and lowest-income families has substantially grown over the same period. The income achievement gap is now about twice the size of the black-white achievement gap.

Most concerning of all, the income achievement gap emerges in children's earliest years and does not diminish as children progress through school. Children from different family income brackets enter the earliest grades with large gaps in their early math and reading skills, attention, and behavior that grows modestly, rather than shrinks, as children progress through grade levels.

Given how early achievement gaps emerge in children's lives, it is important to look within and beyond educational reforms that take place within the walls of K-12. Focusing on education policy, a good place to start is with sustaining the federal Department of Education's focus on expanding preschool opportunities and supporting research to identify the critical elements of quality care and early education.

But given the size of the problem, no single reform is going to eliminate the income achievement gap. Instead, the problem should be attacked from multiple sides. In addition to expanding and improving preschool, low-performing, high-poverty schools can be improved by structuring school turnaround grants to encourage continuity of implemented reforms rather than expecting one- to three-year fixes. High-poverty schools tend to be high-turnover settings, and continuity of staff and curricula are needed for schools to adapt, refine, and generally master any type of comprehensive reform.

Likewise, pilot programs should be created to help parents effectively prepare their children for and help them succeed upon enrollment in school. Parents are critical to children's performance, and their involvement is needed if the achievement gap is going to appreciably narrow.

Finally, low-income families' access to high-performing schools should be increased. Increased public school choice such as through charter schools, development of school boundaries and student enrollment policies to reduce racial and economic segregation across schools, and the location of affordable housing in communities with high-performing schools are three potential ways to do this. But whatever the means, meaningful choice requires providing families not only with access to quality schools and but also with digestible information about schools that is specific to family needs and preferences—e.g., schools that are accessible by public transit or close to parents' work commutes.

Schooling remains among the most important public policy tools the United States has for raising children out of poverty. But instead of looking for a silver bullet, serious efforts to narrow the achievement gap require a multi-pronged approach that addresses both in-school and out-of-school factors.

Heather Schwartz is a policy researcher at the RAND Corporation in New Orleans. She studies the effects of concentrated poverty in schools and neighborhoods on children.

This commentary originally appeared on Education Week's OpEducation blog edweek.org on May 14, 2014.