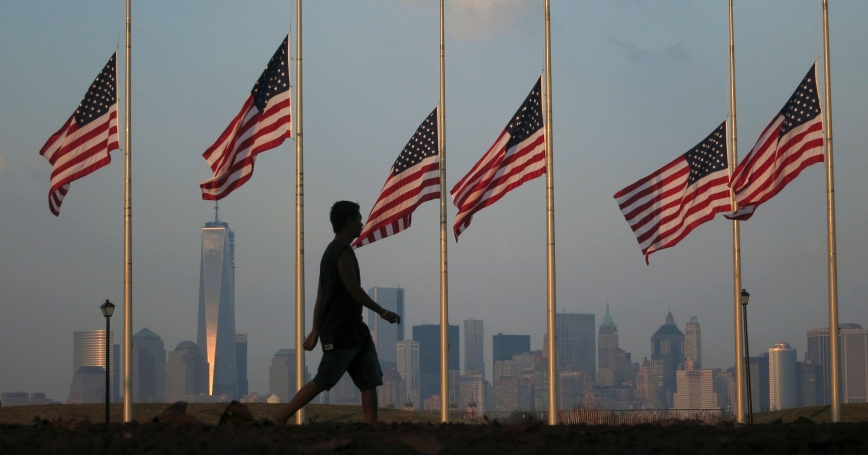 A man passes by the skyline of New York's Lower Manhattan and One World Trade Center as he walks through Liberty State Park in Jersey City, NJ

In the wake of the attacks on September 11, 2001, terrorism insurance became unavailable or, when offered, extremely costly. To address this problem, Congress enacted the Terrorism Risk Insurance Act (TRIA) in 2002, creating an incentive for a functioning private terrorism insurance market by providing a government reinsurance backstop for catastrophic terrorist attack losses. Since TRIA was passed, terrorism insurance has remained widely available and in recent years, prices have fallen. However, challenges remain from both a social and an insurance point of view. Roughly 40 percent of policyholders still do not purchase terrorism coverage, and uncertainty persists regarding whether government involvement in this market continues to be warranted.

To inform the debate on whether TRIA should be continued or allowed to expire and with the support of a coalition of generous donors, RAND prepared policy briefs on three topics that are, or should be, of central concern to policymakers. They are:

RAND's research on TRIA has already attracted positive attention from lawmakers on both sides of the aisle. RAND also convened two events this month in Washington, D.C., designed to highlight RAND's research findings and address additional facets of this complex issue.

The June 10 conference event, The Future of the Terrorism Risk Insurance Act: Expiration, Reauthorization, Modification, brought together more than 100 participants, with expert panelists leading discussions on topics such as the pros and cons of proposed modifications to the current version of TRIA, and considerations for TRIA's long-term future. Audience members hailed from the insurance and reinsurance industries, policyholder organizations and companies, the Congressional Budget Office, the U.S. Treasury's Federal Insurance Office, the U.S. Government Accountability Office, Congressional Research Service, credit rating agencies, Bloomberg media, and more. A conference proceedings document is forthcoming.

For more of RAND's research on TRIA and related issues, visit RAND's Center for Catastrophic Risk Management and Compensation.