The Accelerating Spread of Terrorism 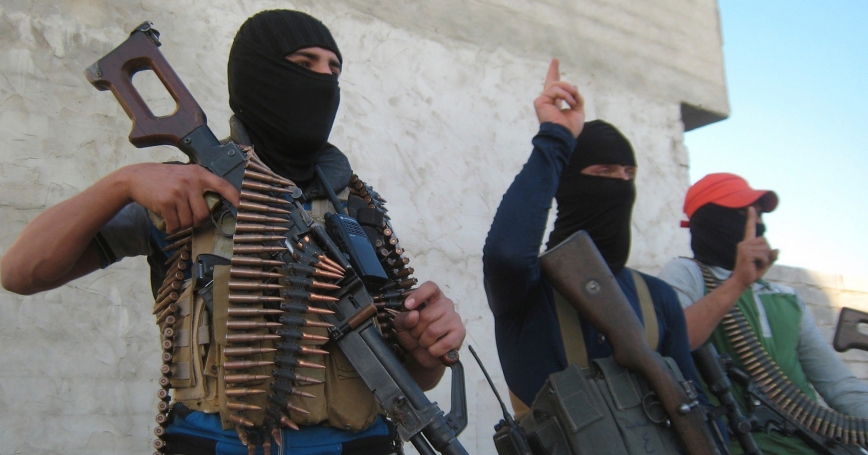 President Obama's decision to withdraw troops from Afghanistan by 2016 is a risky step and may embolden Islamic extremists. So could the release of five high-level prisoners from Guantanamo Bay in a swap with the Taliban to win the freedom of Sgt. Bowe Bergdahl.

The number of al Qaeda and other jihadist groups and fighters are growing, not shrinking. U.S. disengagement—or even risking the return of terrorists to the field by freeing them from detention—is not the answer to the threat they pose. Instead, U.S. strategy should be revamped, prioritizing American interests and developing a more effective, light-footprint campaign.

According to new data in a RAND report I have written, from 2010 to 2013 the number of jihadist groups world-wide has grown by 58%, to 49 from 31; the number of jihadist fighters has doubled to a high estimate of 100,000; and the number of attacks by al Qaeda affiliates has increased to roughly 1,000 from 392. The most significant terrorism threat to the United States comes from groups operating in Yemen, Afghanistan, Pakistan and Syria. Moner Mohammad Abusalha, an American who was a member of the al Qaeda affiliate organization al-Nusra, blew himself up in Syria on March 29.

Still, these nations are not to our knowledge actively plotting attacks against the American homeland. A handful of terrorist groups, however, remain dedicated to attacking the U.S. at home and overseas.

Some of these groups have an interest and ability to strike the U.S. homeland. They are a top priority, and include al Qaeda in the Arabian Peninsula based in Yemen, and the core al Qaeda along the Pakistan-Afghanistan border. There are also individuals like the Tsarnaev brothers, the Boston Marathon bombers, who read al Qaeda propaganda and used sources, such as al Qaeda's Inspire magazine, to build their bombs. The growing number of radicalized Americans fighting against the Assad regime has also raised the threat from Syria.

Some analysts and policy makers have played down the threat from al Qaeda in Pakistan and Afghanistan, which has been weakened because of persistent U.S. pressure. But its leader, Ayman al-Zawahiri, remains committed to striking the U.S. He is flanked by a number of Americans, such as Abdullah al-Shami and Adam Gadahn, who support that goal.

Given the high-level threat posed by these groups, and the limited capacity of local governments, the U.S. should engage long-term in Yemen, Pakistan, Afghanistan and possibly Syria. The strategy should involve clandestine special operations, intelligence, diplomatic and other capabilities to target al Qaeda groups and their financial, logistical and political support networks. The U.S. should also help train, advise and assist local governments in their struggle against terrorism and to deal with its root causes, which may vary from incompetent security forces to collapsing economies.

A second category of terrorist groups—particularly in Somalia, Iraq, Libya and Nigeria—is bent on hitting U.S. and other Western targets overseas, though not necessarily in the U.S. homeland. Some of them, such as al-Shabaab in Somalia, have been on the radar screen of U.S. policy makers for years. Others, such as Boko Haram, are attracting more attention because of the growing pace of their attacks and plots against Americans overseas. In these countries the U.S. should support local governments but refrain from direct operations.

The third category includes terrorist groups with little current interest and ability to strike the U.S. or U.S. targets overseas. They include the East Turkestan Islamic Movement in China and numerous others with parochial interests across Africa, the Middle East and Asia. The U.S. should employ an offshore approach that relies on allies and local governments to counter these groups while avoiding the deployment of U.S. forces for training or other purposes. The strategy would include utilizing offshore air, naval and rapidly deployable ground forces rather than onshore combat power.

Afghanistan and Pakistan are still home to al Qaeda and allied groups, such as Lashkar-e-Taiba and the Taliban, that have killed Americans at home and overseas. Al Qaeda was born along the Afghanistan-Pakistan frontier in the late 1980s, and it will not disappear just because U.S. forces leave.

The American departure from Afghanistan will most likely be a boost for insurgent and terrorist groups dedicated to overthrowing the Kabul government, establishing an extreme Islamic emirate, and allowing al Qaeda and other groups to establish a sanctuary. As in Iraq, the withdrawal of U.S. troops does not make the terrorism problem go away. Al Qaeda and other groups used the breathing space to expand their attacks and spread to neighboring countries like Syria.

After more than a decade of war in countries like Afghanistan, it may be tempting for the U.S. to turn its attention elsewhere and scale back on counterterrorism efforts. But current trends suggest that the struggle against extremism is likely to be a generational one, much like the Cold War. Developing a long-term U.S. strategy to pursue those groups threatening the U.S. homeland and its interests overseas—including in Afghanistan and Pakistan—would be a good place to start.

Seth G. Jones is acting director of the International Security and Defense Policy Center at the RAND Corporation, and the author of the RAND report, A Persistent Threat: The Evolution of al Qa'ida and Other Salafi-Jihadists.

This commentary originally appeared in The Wall Street Journal on June 3, 2014. Commentary gives RAND researchers a platform to convey insights based on their professional expertise and often on their peer-reviewed research and analysis.