The Fallacy of Iranian Leverage 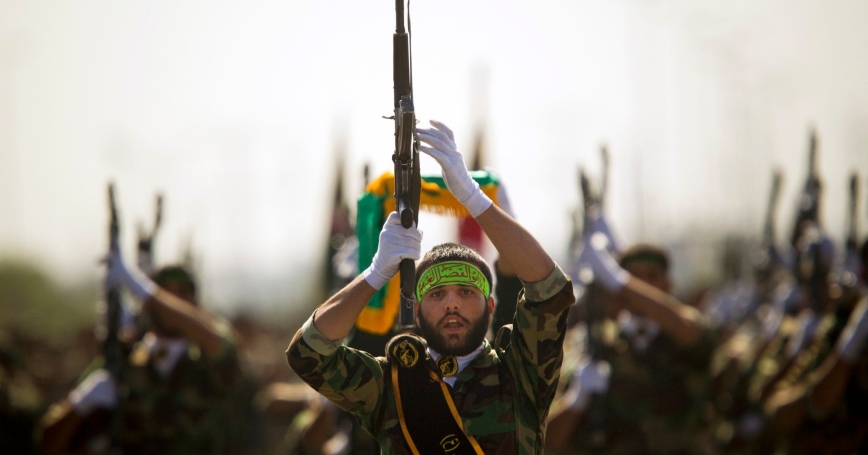 Members of Iran's Basij militia march during a parade to commemorate the anniversary of the Iran-Iraq war, September 22, 2010

In the breathless coverage of the bloody advance of the Islamic State of Iraq and al-Sham (ISIS) through Iraq, some news analysis has suggested that the ISIS victories could actually boost Iranian leverage in the region. According to this view, since the Shia government of Prime Minister Nouri al-Maliki is increasingly relying on Iranian support to hold off ISIS expansion, Iran's influence in the region could rise and its hand in the nuclear negotiations with the West could consequently strengthen.

The West's nuclear talks with Iran are nearing a critical July 20 deadline for a final deal, so it isn't surprising to hear speculation about how ISIS' victories will affect the negotiations. Israeli leaders, for example, have expressed concerns that the United States may try to push through a less than optimal deal as it is tempted to work with Iran to confront a common adversary in Iraq. And other neighbors, such as Saudi Arabia, share similar concerns about diminished American influence and increased Iranian regional power. But this way of thinking misreads the fallout of the Iraq crisis and its relationship to the nuclear negotiations.

For one, Iran has its own reasons to counter ISIS, for which the United States will not need to pay a price. ISIS is a threat to Iran because of its anti-Shia ideology and because it is menacing a friendly ally in Baghdad, which has ensured that Iraq poses no strategic threat to Iran. ISIS gains also put in jeopardy Iran's broader strategic alliances with Syria and Hezbollah by capturing territory through which Iran typically sends Hezbollah armaments.

To be sure, Sunni extremists' efforts to stir sectarian strife through brutal atrocities against Iraqi Shia will no doubt make the Iraqi government and the country's majority Shia population more amenable to overt Iranian assistance and influence in the country. But they were already fairly amenable to begin with: Maliki has already demonstrated as much by pursuing anti-Sunni sectarian policies that helped fuel support for ISIS to begin with. And his long-standing ties to Iran are likewise no secret; many attribute his resistance to a continued U.S. military presence in Iraq after 2011 to Iranian influence. To think that any outcome in Iraq would leave Iran without considerable influence is foolish.

But with ISIS gains threatening to lead to a de facto partition of the country, Iranian influence might actually be more contained than it has been in recent years. It would likely be limited to the Shia south — a setback for an Iranian government that would like all of Iraq to be under its sway. And the price for maintaining such influence could be higher: the rump Iraqi state may need more assistance from Iran at a time when it is is already stretched thin.

If ISIS continues to secure key strategic oil, gas, and power facilities in Iraq, it might be able to cut off electricity and energy supplies to Baghdad. Iran could fill some of this gap to support the Shia-led government in Iraq, but Iranian oil and gas products are heavily subsidized and in short supply, so doing so would create a further drain on the Iranian economy at a time when Iran's precarious domestic situation created the pressures that brought it to the negotiating table with the West to begin with.

Militarily, an Iraqi state surrounded by ISIS will face challenges securing its own borders. Iran could help, but the Iranian Quds Force is already busy keeping Assad afloat in Syria. Iran will no doubt find the manpower and resources — or shift them — to deal with this more urgent threat on its border, but it could suffer the consequences in Syria. Eventually, the financial gains and momentum from the takeover of major Iraqi cities (and banks) will flow back across the border to ISIS forces in Syria. To keep Assad in power, Iran would thus have to invest more blood and treasure, not less. But it isn't clear that the country could do that while fighting in Iraq and absent a nuclear deal and its accompanying sanctions relief.

Finally, the specter of a wider regional sectarian war stemming from the ISIS offensive is a losing proposition for Iran. After all, Shia are outnumbered in the region and Iran cannot ultimately exert broader regional influence without some support from Sunni Muslim populations. Iran used to enjoy some such backing because of its hostility to the West and Israel and its support for Hezbollah's confrontations against Israel, but that has been in rapid decline since the onset of the Arab uprisings and Iran's support in suppressing the Sunni opposition in Syria. For that reason, Iranian President Hassan Rouhani has been particularly interested in tamping down sectarian tensions with key neighbors, such as Saudi Arabia, which would be essential for ultimately resolving the proxy war in Syria. A new proxy war in Iraq pitting Sunni-backed forces against the Shia government and militia forces supported by Iran will make such reconciliation efforts impossible.

In other words, rather than helping Iran in the nuclear negotiations, Iran's battle against the ISIS could actually hurt it. The broader strategic dynamics were already working against Iran, and the situation in Iraq has only made that more true.

There is a tendency in the United States to believe that a loss for the West must be a gain for Iran. But, in Iraq, both sides are losing in the face of a common foe. This coincidence of interest could increase Iran's incentives to strike a nuclear deal so that it can get the economic relief it desperately needs to be able to address both its domestic pressures as well as its growing regional challenges. If the ISIS crisis and its associated costs for Iran boosts the prospects for a nuclear deal that can definitively prevent Iran from weaponizing its nuclear program for the foreseeable future, it would be an unexpected positive spillover from an otherwise miserable regional situation.

Dalia Dassa Kaye is a senior political scientist and the director of the Center for Middle East Public Policy at the nonprofit, nonpartisan RAND Corporation.

This commentary originally appeared on Foreign Affairs on June 26, 2014. Commentary gives RAND researchers a platform to convey insights based on their professional expertise and often on their peer-reviewed research and analysis.