The Risks of Rescue 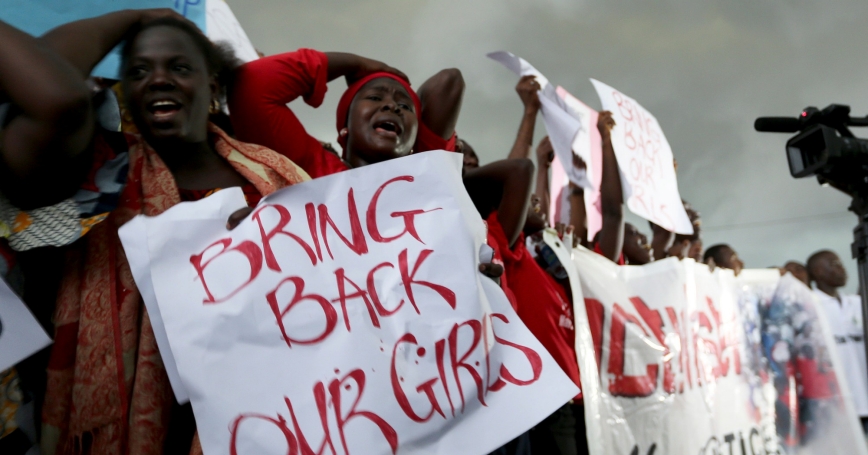 Senator John McCain has said that, if the opportunity arises, the United States should send special operations forces into Nigeria to rescue the 200 school girls held hostage by Boko Haram, whether or not Nigeria's government requests American assistance. But as appealing as a successful mission to free such an innocent group of victims might appear, the use of U.S. military assets to mount a rescue attempt would be a mistake.

In the Hollywood version, America's successful return of all the girls unharmed would be celebrated by relieved parents and a grateful Nigeria—garlands all around. In the more likely outcome, Americans would be denounced for imperialism and arrogance, blamed for any injuries or deaths, and targeted by Boko Haram terrorists. And that's assuming a successful outcome, which is hardly a safe assumption given the history of large-scale hostage rescue missions.

Armed action should never be ruled out completely, but negotiations are the more practical course to bring the girls safely home. This conclusion derives from historical research and personal experience assisting in a number of negotiations to bring about the release of hostages. In real life, negotiating for the lives of kidnap victims is hardly the stuff of movies like 2000's Proof of Life in which Russell Crowe's character evolves from skilled negotiator to daring rescuer. Real life talks with kidnappers commonly center on the more sordid details of negotiating cash ransoms and persuading kidnappers that prolonging captivity will not bring increased offers. Only when they are convinced that they have bargained for the maximum payoff do hostage-takers release their captives.

To be sure, political demands are harder to meet than paying cash ransoms and in the cases I know personally, the sole objective was to save the lives of hostages. Efforts were unconstrained by considerations of government policy, national prestige or political survival. That would certainly not be the case here.

The armed rescue of hundreds held in one or more jungle camps has no precedent. U.S. special operations capabilities have made extraordinary advances since the failed attempt in 1980 to rescue American hostages held in Tehran, but armed rescues remain risky. Unfairly, their success is judged not by how many hostages are saved but by how many are lost. Russia's 2002 attempt to rescue 800 hostages held by Chechen terrorists at a theater in Moscow left 130 dead. The rescue by Russian forces of 1,100 people, including 777 children, held hostage by Chechens in the North Caucasus region of Russia left more than 300 dead in 2004. A rescue that left 20 or 30 percent of the Nigerian schoolgirls dead would likely be judged a failure.

Israeli commandos rescued 100 hostages at Entebbe in 1976 with only three fatalities among the captives—an extraordinary military achievement. But those hostages were held by a handful of hijackers in an airport terminal. The circumstances in Nigeria are quite different, with hostages likely being held by well-armed militants in fortified camps, or dispersed across a wide area. Nigeria, perhaps with American assistance, should start preparing a rescue operation even while negotiations proceed—favorable opportunities might arise or an attempt may have to be made anyway if negotiations fail.

Despite Israel's tough posture, Prime Minister Yitzhak Rabin, who ordered the rescue at Entebbe, told me afterwards that had there been no viable rescue option, he would have negotiated to bring about the release of the hostages—as Israel has controversially done on a number of occasions since.

Hostage situations are political plutonium. A government is torn between accepting a protracted political crisis that may end in the slaughter of innocents, or making humiliating concessions to bring about their release. U.S. policy prohibits making concessions to terrorists holding hostages in the firm belief that yielding to terrorist blackmail will only encourage further kidnappings. This does not preclude families from paying ransoms in criminal kidnappings in the United States or American corporations paying ransoms to win the freedom of executives held abroad. And U.S. policy does not prevent other governments from making concessions to win the release of American officials held by terrorists. Other governments have met terrorist's demands, but were able to eventually defeat the organizations responsible for the kidnappings.

Negotiations are never unconditional. The Nigerian government can reasonably demand that Boko Haram halt further abductions while negotiations are underway—it cannot be allowed to top off its hostage inventory. The government can demand proof that the hostages are alive, that the negotiation will be for all of the hostages, and that the captors can deliver if a deal is made. The logistics of release cannot be left as an afterthought, but must be made a priority matter from the beginning.

U.S. special-ops forces swooping in to rescue 200 young women and girls held hostage by a ruthless band of terrorists certainly sounds like an American thing to do, but the risks are too great for both the hostages and for the United States. The clear-eyed realism that comes with experience and analysis of previous hostage incidents would argue against it.

This commentary originally appeared on The Ripon Forum on June 13, 2014. Commentary gives RAND researchers a platform to convey insights based on their professional expertise and often on their peer-reviewed research and analysis.