What Can Obama's $1 Billion Investment in European Security Actually Buy? 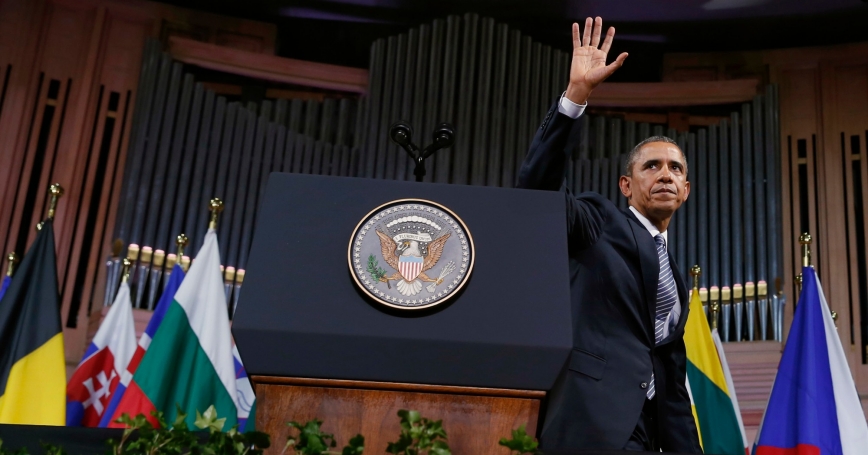 President Barack Obama has announced that he will ask Congress for $1 billion in funding to reassure U.S. allies in Europe who are shaken by Russia's recent aggression against Ukraine. Coupled with the president's speech in Warsaw, the $1 billion package is clearly intended to send a resounding signal that the United States takes the new Russian threat seriously and will not neglect its European allies for national security interests elsewhere in the world.

On the surface, $1 billion is an eye-catching sum, but measured in terms of overall U.S. defense spending, it is a mere drop in the bucket. How much will this $1 billion actually buy? Is it worth it? Will it make a difference in the long run?

When events in Ukraine took a turn for the worse back in February and March, NATO responded by deploying fighter aircraft and airborne warning and control systems (AWACS) to Eastern European allies. NATO ships steamed into the Black Sea and later toward the Baltics. The United States deployed a battalion of airborne rangers across Poland and the Baltic states.

Eastern allies exposed to Russian revanchism welcomed these reassurance measures. But the truth was that they were largely temporary, done for effect and symbolism, and did little to resolve the deeper problems that have sprung up in European security since Russia's annexation of Crimea.

Many factors limited the initial U.S. response. To begin with, some NATO allies doubt that the security environment in Europe has changed fundamentally and worry that NATO deployments might provoke Russia. No less important, the appropriate military response to the threat posed by Russia's sophisticated, unconventional strategy in Ukraine is elusive.

Above all, questions about U.S. resolve in Europe and have fed some allied concerns. In a speech in Brussels in March, President Obama affirmed the U.S. commitment to the security of its European allies, but doubts have lingered that the United States is ready and able to pony-up for European defense against a new, complicated threat from Moscow. At current funding levels, the United States would be hard pressed to maintain even the reassurance measures it has in place through the end of 2015.

If approved by Congress, the $1 billion in funding would be a huge step in the right direction. It would allow the United States to expand existing commitments enormously and keep them up and running much longer.

The graphic below shows what $1 billion actually buys in terms of troops, ships, and aircraft. It is not a paltry sum. Three notional packages — and what they would cost on an annual basis — are depicted.

As the graphic shows, $1 billion dollars won't fund new permanent bases in Europe, but it would allow for significant, persistent rotations of air, ground, and naval forces through the continent, and offer lots of leeway for additional robust military exercises. 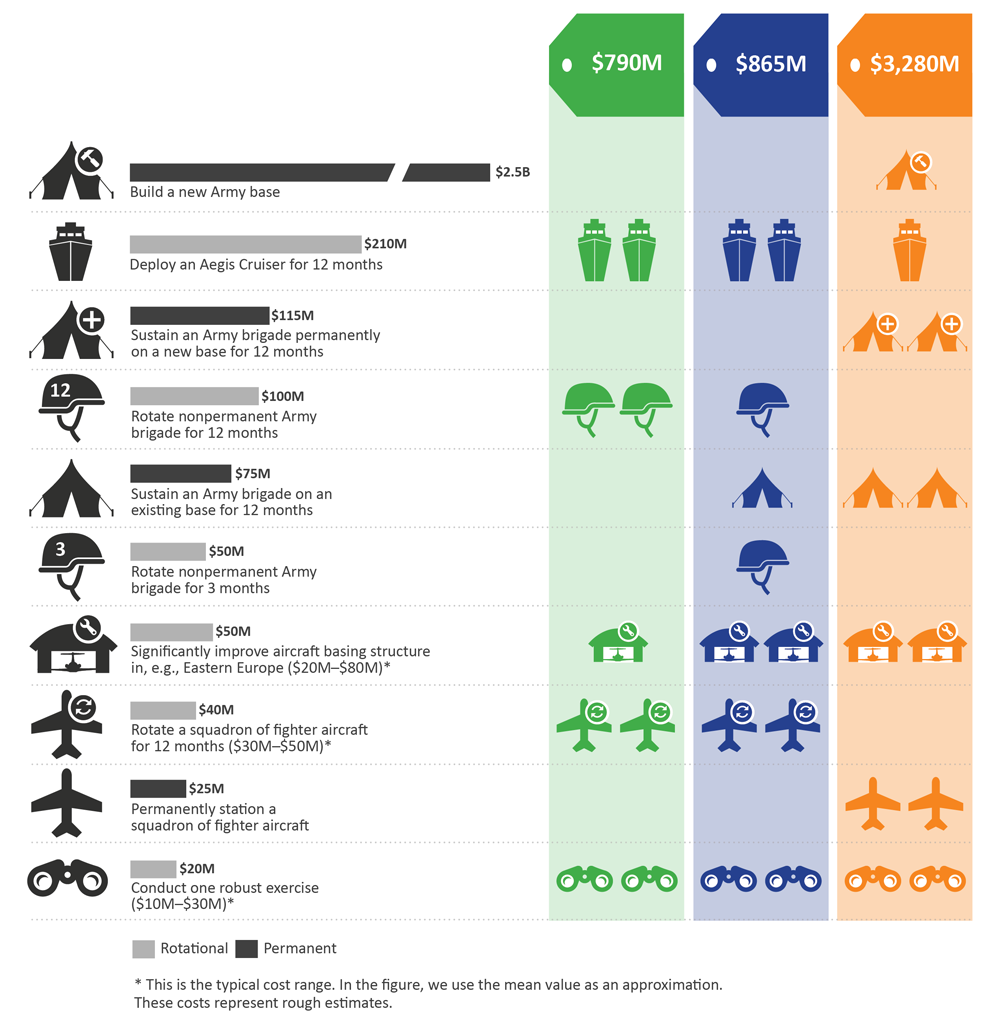 The challenge posed by Russian revanchism will not be resolved by military means alone. It will require a sustained U.S. re-engagement with Europe that lasts far beyond the current crisis over Ukraine. That re-engagement needs to have political and military dimensions, and must be backed by parallel steps to engage and deter Russia simultaneously. Military measures, moreover, cannot be undertaken by the United States only.

Nevertheless, if the attention to the challenge posed by Russia dwindles as the immediate crisis in Ukraine fades out of the headlines, the problem will only get worse and more costly. A $1 billion investment will not solve the problem itself, but it's an important step in the right direction.

This commentary originally appeared on ForeignPolicy.com on June 6, 2014.