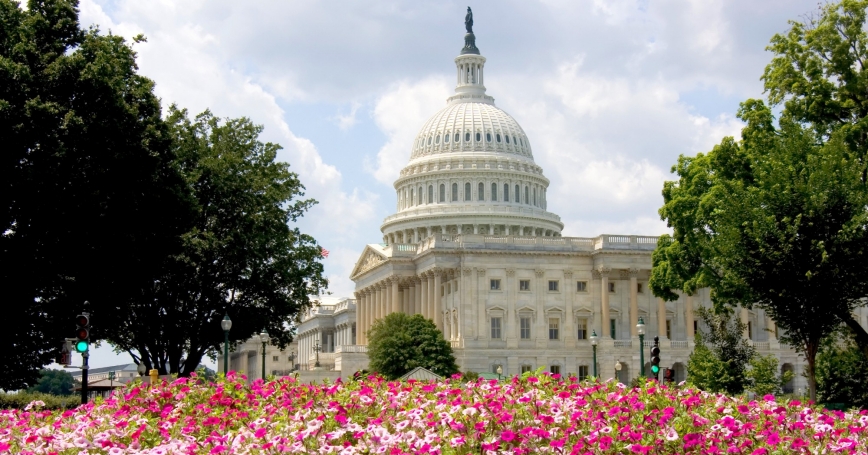 Although Congress leaves Washington for recess in August, many Members will find it difficult or even impossible to “unplug.” This is a product of the nonstop nature of the job, as well as the abundance and complexity of policy challenges facing the 113th Congress.

No matter how policymakers spend their break—meeting with home-state constituents, traveling abroad with congressional delegations, or spending time with family—this summer reading list contains policy ideas that can help them hit the ground running when they return.

With Child Migrants Set to Become Students, Educators Must Prepare

By the time August recess is over, the school year will be underway. This means that the tens of thousands of child migrants who've fled Central America this year could be students in U.S. public schools while they await deportation hearings. Key takeaways from research on educating migrant children can help policymakers and educators best respond to this reality.

According to RAND's Jack Riley, the United States is “virtually flying blind” when it comes to border security. Resources for border control have increased considerably over the last decade, but surprisingly the government still lacks the analytic capability to determine what works, what doesn't, and why. To fix this, the United States must invest in the basic policy science of border security.

This means installing a measurement and data infrastructure to establish a foundation of data and information. Researchers can then use models to simulate various scenarios, helping inform better, more cost-effective border security policies. For instance, this could tell policymakers not only whether it'd be effective to deploy additional border agents, but, if so, where and how to deploy them, too.

The U.S. Highway Trust Fund is running on empty due to fuel-efficiency improvements, alternative-fuel vehicles, and a federal gas tax that hasn't increased since the Clinton years. This comes during what the American Society of Civil Engineers calls “a pivotal moment” for maintaining and modernizing U.S. infrastructure (PDF), efforts largely supported by the sputtering trust fund.

If the gas tax isn't working anymore, what's the alternative? Fees based on vehicle miles traveled (VMT) could be a promising substitute. These could be structured to reduce congestion, emissions, and wear and tear on roads. However, transitioning to VMT fees would introduce key challenges: public resistance stemming from privacy concerns, multiple technology and system requirement choices, and the administrative challenge of collecting fees directly from millions of drivers, rather than the status quo of levying taxes on a smaller number of fuel wholesalers.

Dementia costs the United States up to $215 billion per year. As baby boomers age, this could grow to $511 billion by 2040. Surprisingly, most of these costs are for everyday, long-term care support services, not medical care.

Until there's a cure, what can be done to advance the state of long-term care services for people with dementia? By engaging a diverse group of local, state, and national stakeholders, researchers identified the most critical intersections between long-term care and dementia. They then developed a national blueprint with policy options to bolster the delivery, workforce, and financing of dementia long-term care.

The Days After a Deal with Iran

As a July 20 deadline approached, U.S. Secretary of State John Kerry cited “significant gaps” in talks between the P5+1 and Tehran to limit Iran's nuclear program. However, the parties have agreed to a four-month extension in their negotiations. While agreement remains a moving target, RAND's experts are looking ahead to critical issues that would follow a deal: how the United States might reassure regional partners, prevent destabilizing actions, and fine-tune engagement with Iran.

The Terrorism Risk Insurance Act (TRIA) was created after the 9/11 terrorist attacks to provide government support for the commercial terrorism insurance market and help keep such insurance available and affordable for businesses.

Legislators extended TRIA in 2005 and again in 2007, but with the law set to expire at year's end, Congress is mulling a third reauthorization. The Senate voted overwhelmingly to reauthorize TRIA before the August recess, but the extension could face a steeper climb in the House.

A series of RAND reports on reauthorizing TRIA found that expiration would have implications for national security, federal spending, and workers' compensation markets.

The Math of State Medicaid Expansion

States such as Pennsylvania and Indiana are still wrestling with whether to expand Medicaid under the Affordable Care Act. RAND research demonstrates that, for states that opt out, many low-income residents will remain uninsured. Evidence also suggests that past expansions have significantly reduced mortality. While states that don't expand Medicaid may have slightly lower direct state budgetary costs, they may miss out on long-term economic growth and end up paying more in costs for caring for the uninsured.