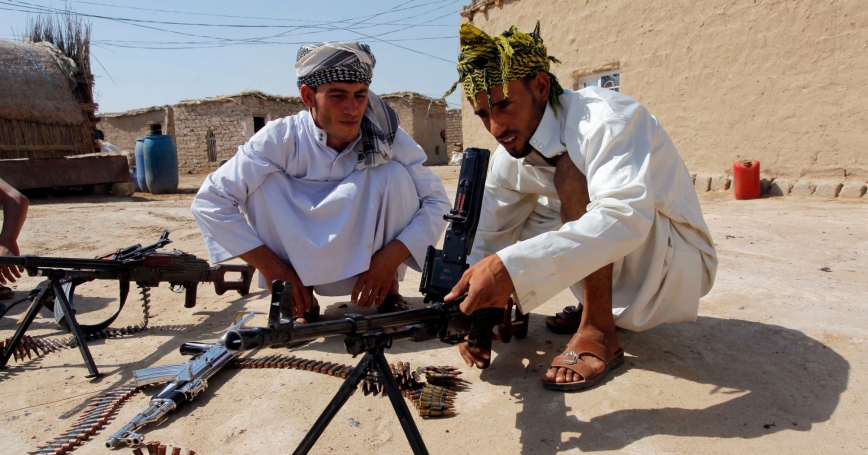 by Douglas A. Ollivant and Terrence Kelly

The Islamic State in Iraq and the Levant (ISIL), now calling itself the “Islamic State,” has burst onto the world scene in an impressive way in the past month, with its Blitzkrieg-like seizure of Mosul, Tikrit, Bayji, and Tal Afar. While experts in the region had been monitoring ISIL's progress for some time, its emergence shocked the general public. Abu Bakr al-Baghdadi, the leader of ISIL, then furthered that shock by declaring ISIL (PDF) as the core of a caliphate (with himself, of course, as its Caliph), the sole legitimate Islamic State on earth.

For the United States, crafting a policy to neutralize ISIL and its ever-expanding ambitions is a difficult proposition with no easy answers. Solutions require recognition that ISIL has been transformed by its successes from a localized terrorist group into an organized and effective political and military powerhouse that poses serious threats to the region and beyond. Fortunately, while ISIL may achieve some temporary tactical gains from declaring the caliphate, it made the strategic error of declaring all other Sunni political actors illegitimate, including Sunni nationalists and the Syrian “moderate opposition,” as well as both al Qaeda leader Ayman al-Zawahiri and King Abdullah of Saudi Arabia himself. Specifically, this may provide an opening to build a coalition that includes major Sunni actors that can create and implement a regional strategy to attack ISIL.

Terrence Kelly is a senior operations researcher at the nonprofit, nonpartisan RAND Corporation and the director of the Strategy and Resources Program at the RAND Arroyo Center.

Douglas A. Ollivant is a Managing Partner of Mantid International, LLC, a strategic consulting firm with offices in Baghdad, Beirut, and Washington DC. Previously a Director for Iraq at the National Security Council, he is also a Senior Fellow at the New America Foundation.

This commentary originally appeared on warontherocks.com on July 22, 2014. Commentary gives RAND researchers a platform to convey insights based on their professional expertise and often on their peer-reviewed research and analysis.