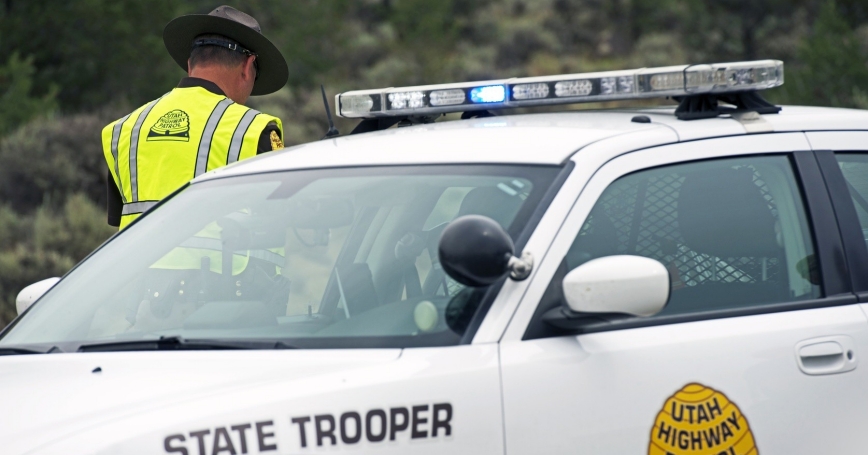 In 2011, a Maryland state trooper, using a camera that automatically reads license plates, pulled over a vehicle for a suspended license plate. After checking with his dispatcher, the officer discovered the driver had outstanding drug-related felony warrants and arrested him. Also in 2011, New York City police arrested a murder suspect using data collected by a similar device to identify his possible location.

These examples, and many others, illustrate the potential law enforcement value license plate readers can have.

Unfortunately, this technology also raises concerns for misuse when collected data is stored for long periods of time. Authorities should systematically develop policies that consider the privacy issues raised by license plate readers before they are deployed, or they risk losing a valuable crime-fighting tool.

License-plate reading technology has become increasingly popular since it hit the streets in the late 1990s. The technology uses an infrared camera to take pictures of license plates, which are then compared to “hot lists” of plates associated with criminal activity. Originally envisioned as a tool to combat auto theft, it soon became clear that license plate readers could have many other applications, like enforcing motor vehicle laws, locating fugitives, even finding missing children.

Since the cameras can scan exponentially more license plates than an officer could check manually, the technology acts as a force multiplier, allowing officers to focus on other duties.

But because these systems retain information on all license plates they read, not just those associated with criminal activity, concerns have been raised. Data collected by the devices can include the time and the vehicle's location, making it possible to map where a specific car was and when. While this can help catch criminals, privacy advocates worry it could be misused to keep tabs on innocent citizens. Recent RAND research found that while some departments did consider privacy concerns when implementing their systems, policies were not implemented in a systematic way and lacked input from departmental legal counsel. This created uncertainty over the proper data retention and access policies.

Law enforcement, to avoid public scrutiny, should strive to balance effective use of the technology with protecting the public's privacy. The American Civil Liberties Union, one of the main organizations involved in this debate, suggests such middle ground exists, stating in their 2013 report, “License plate readers would pose few civil liberties risks if they only checked plates against hot lists and these hot lists were implemented soundly.”

Failing to consider privacy issues risks the complete loss of the technology as a crime-fighting tool. New Hampshire has banned the equipment altogether. Other states, including South Carolina and California, have introduced legislation that would restrict use of the technology, and some local municipalities have declined grant money for the systems. Recently, the U.S. House voted to ban use of federal funds to purchase license plate cameras for certain federal agencies under a transportation and housing spending bill.

But limiting or banning a technology with proven value for law enforcement may be an overreaction. To prevent this, law enforcement agencies can take several steps. First, agencies must tread carefully when implementing the technology. Departmental legal opinions should be sought before implementation to set policies on how long to retain data and who to allow access to it. This would provide a firm legal backing during policy development and system deployment.

Second, departments should carefully consider the resources available for the development and use of license plate reader technology. Much of the privacy debate centers on the length of time data is retained. For police, longer retention periods could allow for more analysis of crime patterns or use of data in long-term investigations and cold cases. If resources, such as funding or dedicated personnel, are not available to actually utilize the data, then storing it for extended periods of time may not make much sense.

Lastly, training is critical. Officers with access to the accumulated data must have detailed instructions on what constitutes proper use of this information. Even a single instance of abuse could jeopardize a department's continued use of the technology.

License plate reader technology can be a force multiplier for law enforcement. Its ability to identify license plates of interest to police in real-time makes it an effective tool. But there is also potential for abuse. Law enforcement authorities should address credible privacy concerns before hitting the streets with this digital-age crime-fighting tool.

Keith Gierlack is a project associate at the RAND Corporation.

This commentary originally appeared in The Orange County Register on July 15, 2014. Commentary gives RAND researchers a platform to convey insights based on their professional expertise and often on their peer-reviewed research and analysis.