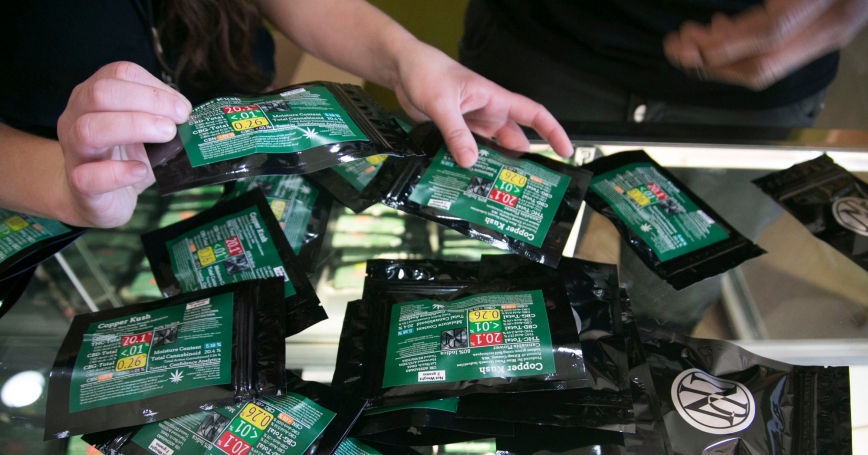 Employees stock their shelves with 2-gram packages of marijuana at Cannabis City during the first day of legal retail marijuana sales in Seattle, Washington July 8, 2014.

Marijuana is in the news and you should get used to it. Washington state's retail marijuana stores opened Tuesday and Alaska will vote on legalization in November. Throw in monthly revenue updates from Colorado as well as perpetual exposes about marijuana edibles and e-joints, and you are going to get your weekly pot fix whether you like it or not.

And this is only going to intensify over time.

California and a handful of other states will probably vote on legal pot in 2016. Whether it passes will depend on several factors, including the quality of the proposal, how much money is involved in the campaigns, and how things play out in Colorado, Washington and other places that have legalized production and sales. For states that will probably decide on marijuana policy, here are five suggestions to help policymakers who want to promote productive discussions:

Bottom line: In states like California where legalization votes are likely, policymakers should be proactive about informing these debates. These five tips are a place to start.

Beau Kilmer is co-director of the RAND Drug Policy Research Center and co-author of "Marijuana Legalization: What Everyone Needs to Know," (Oxford University Press, 2012).

This commentary originally appeared on San Francisco Chronicle on July 12, 2014. Commentary gives RAND researchers a platform to convey insights based on their professional expertise and often on their peer-reviewed research and analysis.