What if Distracted Driving Was Safe? 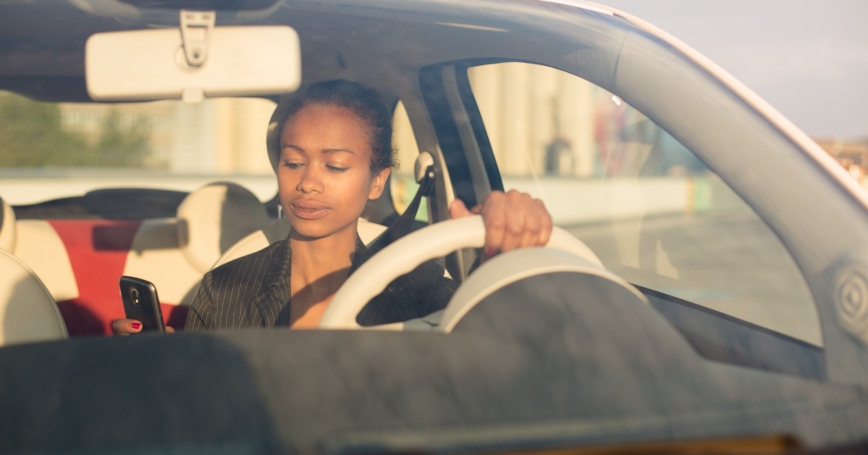 A recent proposal for the National Highway Traffic Safety Administration (NHTSA) to regulate all kinds of navigation aids, including mobile apps like Google Maps, has generated mixed reactions.

Part of the GROW AMERICA Act, the Obama administration's proposed transportation bill, the measure has support from car manufacturers, which already observe a set of voluntary guidelines for their dashboard navigation systems. Silicon Valley tech firms, on the other hand, are skeptical that regulators can keep up with the rapid pace of mobile app development.

No matter how one feels about the federal government regulating smartphone apps in the same way it does brake systems and airbags, though, there's no denying that distracted driving is a serious problem.

In 2011, more than 3,300 Americans were killed in accidents involving a distracted driver. Another 380,000 were injured. In the same year, according to the NHTSA, more than 6 percent of drivers were using a cell phone or other handheld device (PDF) at any given daylight moment. The latest data (PDF) indicates that this is particularly rampant among youth: More than 41 percent of high school students who drive report texting or emailing while behind the wheel. This is especially dangerous, according to the NHTSA, because it combines visual, manual, and cognitive distraction. The same may be true of navigation systems.

But what if distracted driving was safe?

According to consumer research, the ability to consume media, write an email, or even sleep during transport is a key selling point for autonomous vehicles (self-driving cars), which could be widely available in the fairly near future.

While there are also important disadvantages to AVs, the magnitude of the advantages most likely outweighs them. But the public benefits above won't occur unless demand leads to widespread adoption.

The selling point of “safe distraction” could help foster enough demand for economies of scale and network effects to reduce the marginal cost of AVs. In turn, this could help the technology spread, leading to these substantial public benefits.

In the meantime, policymakers have an important role to play. For instance, state lawmakers may need to update distracted driving laws to reflect the reality that distraction could be safe with the right AV technology. And some combination of subsidies and user fees would probably be useful to encourage efficient adoption in order to best benefit the public.

However, policymakers should avoid regulating AVs prematurely. While comprehensive regulation may be useful at some point, the technology isn't mature enough to make the necessary determinations. Incompatible regulations among states could hobble development and make the technology uneconomical.

News of regulating navigation aids and rapid advancements in AV technology clearly demonstrate that transportation technology in the United States is shifting gears, presenting new sets of public policy challenges. Just as Americans have come to rely on GPS to get them where they're going, research can guide the way.

James Anderson is a senior behavioral scientist at the nonprofit, nonpartisan RAND Corporation.