What's Behind the Obesity Epidemic? Easily Accessible Food, and Lots of It 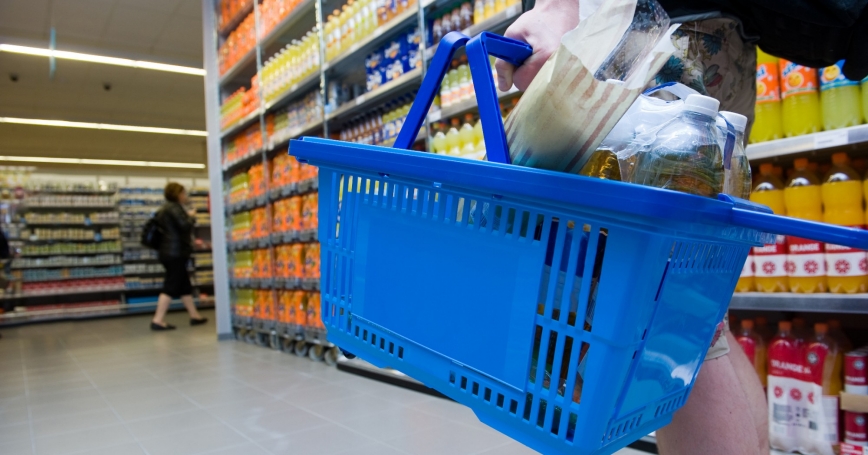 Among the American public and even some policymakers, it has become conventional wisdom that poverty, a dearth of supermarkets, reduced leisure time, and insufficient exercise are key forces behind the U.S. obesity epidemic.

Conventional wisdom is an unreliable guide, however, and in this case, much of it is wrong: The epidemic actually coincides with a falling share of income spent on food, wider availability of fruits and vegetables, increased leisure time, and more exercise among the general population.

Data from a new analysis of this issue indicates that the same argument applies to other characteristics, such as geography. Southern hospitality's heavy food hasn't caused the obesity epidemic any more than an active Colorado lifestyle has prevented it. There are differences at a given point in time, but the trend is the same, as shown in the figure below. 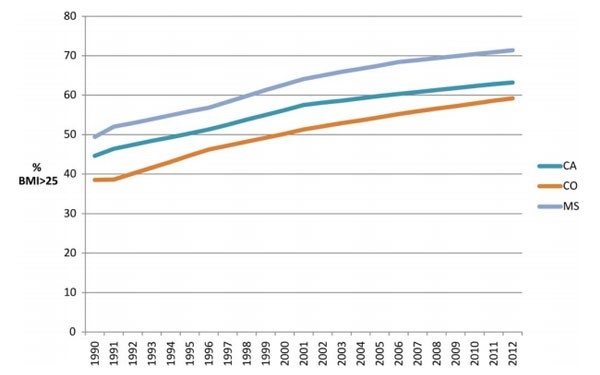 Percentage of population with a BMI over 25 in California, Colorado, and Mississippi

Increases in obesity have also been surprisingly similar by level of education and by racial/ethnic group, as the following figures show. 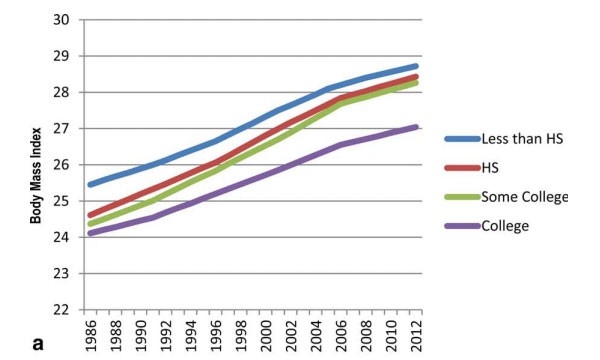 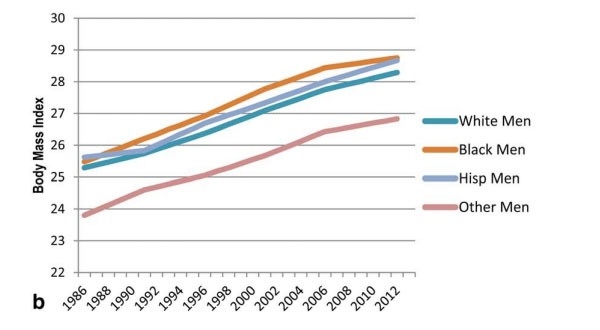 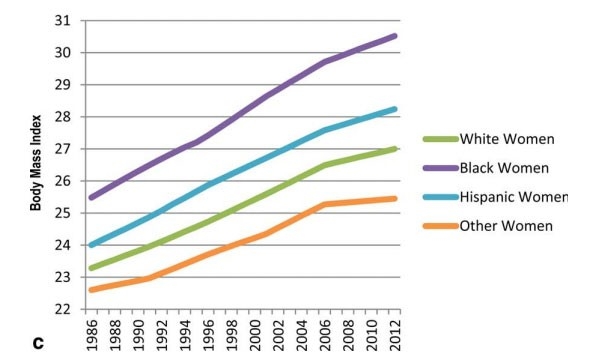 Across all these characteristics, the striking feature over time is not how different the trends are but rather how similar the weight gain has been, regardless of geography or social group. There are differences between groups—often sizable ones—at any point in time, but addressing such disparities is different from stopping the obesity epidemic.

That no group is immune to rising obesity rates suggests that universal environmental factors are driving the trend. The clearest change concerns food availability and cost. Since the 1970s, there has been a significant drop in the share of income spent on food—yet each food dollar buys a lot more, as shown below. 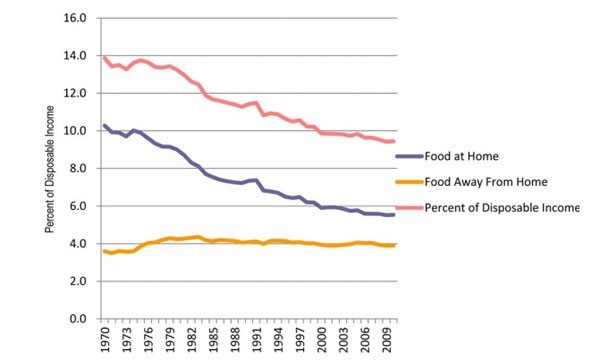 Food expenditures as a percentage of disposable income, total and by type of food

As the obesity epidemic has grown and food prices relative to income have dropped, Americans have been eating more of everything, including fruits and vegetables. In terms of macronutrients, most extra calories come from carbohydrates.

U.S. markets have succeeded in largely solving the age-old problem of food scarcity, so the answer isn't to return to higher food prices across the board. But with the solution to food scarcity contributing to a new threat, Americans need market forces to shift them in a different direction and help stem the obesity epidemic.

Market forces happen on both sides: supply and demand. On the supply side, agricultural policy has historically tried to promote output and improve food security. Undesirable side effects weren't uncommon. Europe, for example, often resorted to discount prices to eliminate its surplus “butter mountains” and “milk lakes.”

On the demand side, consumers do substantially alter their shopping and improve their diets if motivated by price changes. An encouraging example comes from South Africa, where the country's largest health insurer implemented a nationwide rebate program for healthy foods. However, even substantial price incentives—in South Africa, a 25-percent rebate—can close only a small part of the gap between recommended and actual diets. In addition, price discounts may improve diet quality, but they may not reduce obesity. (A discount for healthy foods doesn't mean that people will buy fewer calories overall.)

South Africa isn't the only country taking action. In Mexico, where the obesity rate now exceeds that in the U.S., policymakers have enacted a tax on sugar-sweetened beverages and energy-dense snack items. Europe, perhaps spurred by swelling obesity rates of its own, is also taking action. Hungary has imposed special taxes on unhealthy foods, while Denmark went back and forth: It implemented a tax, only to repeal it a year later.

Changes in social norms that shift the demand curve could be just as important as policies that affect food prices. There was a time when it was polite to offer a guest a cigarette. Americans today might offer cookies or soda. When they begin to regard junk food as they do tobacco, curbing the obesity epidemic may become more attainable.

Under the influence of conventional wisdom, many policy interventions focus on “positive” messages: Eat more fruit and vegetables. Get more exercise. However, given that fruit and vegetable availability and physical activity have both increased while relative food prices have plummeted and obesity rates have soared, reducing discretionary calorie consumption may be a more promising lever to reduce overweight and obesity.

Roland Sturm is a senior economist at the nonprofit, nonpartisan RAND Corporation and a professor at the Pardee RAND Graduate School.

This commentary originally appeared on The Health Care Blog on July 19, 2014. Commentary gives RAND researchers a platform to convey insights based on their professional expertise and often on their peer-reviewed research and analysis.