With Child Migrants Set to Become Students, Educators Must Prepare 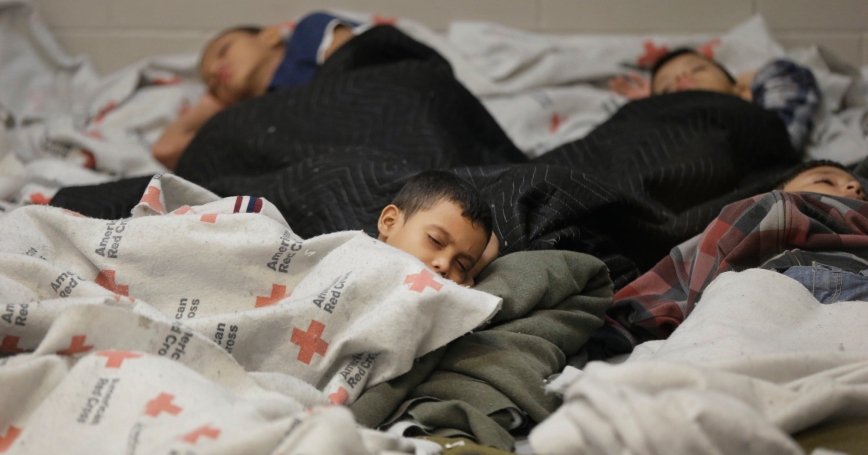 Detainees sleep in a holding cell at a U.S. Customs and Border Protection processing facility, June 18, 2014

At the center of an intensifying debate over U.S. immigration policy is an enormous wave of child migrants. Between 70,000 and 90,000 unaccompanied children are expected to cross the U.S.-Mexico border by year's end, up from about 25,000 in fiscal year 2013.

The federal government has responded to this “urgent humanitarian situation” by housing the children at military bases, shelters, and other public-sector buildings. Officials are attempting to place the migrants with parents, extended family, or sponsors before deportation proceedings can begin. Federal law forbids authorities from turning away minors from nonadjacent countries. Most of the children are fleeing El Salvador, Guatemala, or Honduras.

But what happens when the school year begins?

Lost in the debate is the possibility that this wave will spill from shelters to schools. In Plyler v. Doe, the Supreme Court guaranteed free K-12 public education to all children in the United States, regardless of legal status:

“[Denying education to child migrants could lead to] the creation and perpetuation of a subclass of illiterates within [U.S.] boundaries, surely adding to the problems and costs of unemployment, welfare, and crime. It is thus clear that whatever savings might be achieved by denying these children an education … are wholly insubstantial in light of the costs involved to these children … and the Nation.”

Given this reality, educators, policymakers, and other stakeholders should consider what research says about educating migrant children:

Americans are more opposed to illegal immigration than ever. And with the debate in Washington ongoing, this hot-button issue is unlikely to cool off soon.

But none of this changes the fact that tens of thousands of migrant children could soon be students in school systems across the country. To best respond to this reality, policymakers and educators will need to consider existing research to determine the best course of action.