A Diplomatic Solution for Ukraine 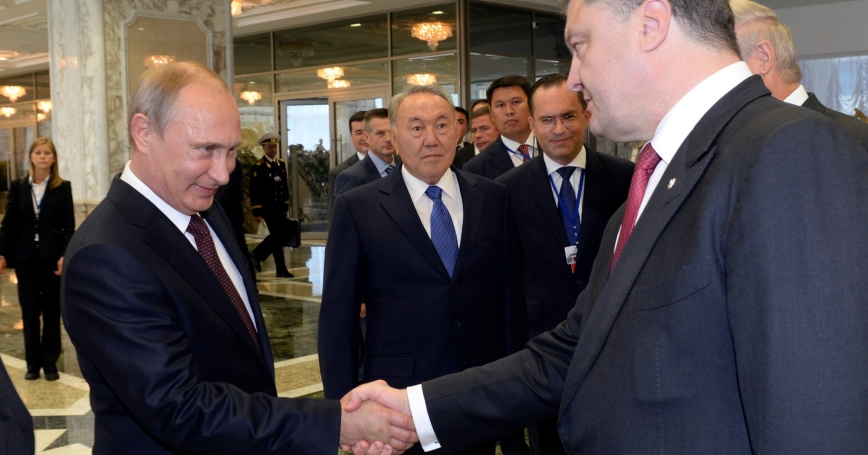 Ukrainian forces are gaining ground in the country's east, but Russia's military interference shows no sign of slackening. This is a dangerous moment. Fortunately, diplomacy to alleviate the crisis is intensifying, but negotiation will need to be matched by firmness. It remains unclear whether a political settlement will be possible.

Despite uncertainty about Russian military plans and the outcome of Ukrainian military operations against the rebels in their remaining redoubts, it is not too soon to consider how to lay the foundations for a negotiated solution.

On Saturday, German chancellor Angela Merkel will visit Kyiv, and next Tuesday, European Commission leaders will meet in Minsk with Russian president Vladimir Putin and Ukrainian president Petro Poroshenko. These contacts offer opportunities to assess whether the conflict can move from the battlefield to the negotiating table.

There have been a number of telephone calls between Russian, Ukrainian and Western leaders—over thirty between Merkel and Putin—but formal negotiations on defusing the crisis are stalled. On July 2, in Berlin, the foreign ministers of France, Germany, Russia and Ukraine met and agreed to create a contact group comprising the Organization for Security and Cooperation in Europe (OSCE), Russia and Ukraine. Germany's Frank-Walter Steinmeier gushed that the meeting yielded “a clear commitment to a multilateral ceasefire.” On August 17, at a second meeting of the ministers, he highlighted the ministers' efforts to devise a “roadmap toward a sustainable cease-fire.” But Russian foreign minister Sergey Lavrov said he saw no “positive results” to this end or progress on a “political process” for resolving the conflict.

In addition to a lack of good-faith participation by Russia, the negotiations have three structural weaknesses: the exclusion of key actors, the narrow scope of the talks and the illogic of pursuing a cease-fire. Talks ought to include the European Union, the United States and Canada. This would bring more leverage to bear in areas beyond the crisis, such as energy and economic assistance. It would also reduce pressure on Ukraine to accept a cease-fire in place, which would create a frozen conflict and permanent instability, as in Abkhazia, Transnistria and Nagorno-Karabakh. Ukraine has to be able to restore its territorial integrity.

This commentary originally appeared on The National Interest on August 23, 2014. Commentary gives RAND researchers a platform to convey insights based on their professional expertise and often on their peer-reviewed research and analysis.