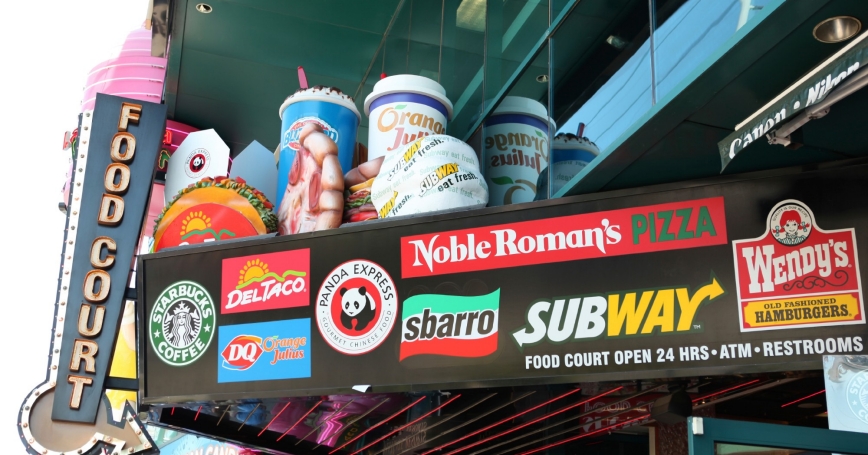 Although everybody feels hungry when their stomachs are empty and their blood sugar is low, most people also feel hungry when they see tempting foods, smell delicious aromas, or watch others eat.

Some people can recognize the difference between “physiologic” hunger and “hedonic” hunger. But even when they do, most are unable to routinely resist available, tempting food that is within arm's reach.

There are several clear, actionable research findings that explain why people eat too much. One reliable and robust finding demonstrated in all kinds of populations, age groups, and settings is that when people are served more than they need, they eat more than they should. Another is that people can be primed to eat more than they would by exposing them to food cues before they are physiologically ready to eat.

Moreover, one of the most important research insights from behavioral economics is that people can be influenced to make unhealthy choices and eat too much of anything when information and choices are presented in ways that lead them to use non-cognitive processing—a type of thinking that can trigger automatic and impulsive behaviors.

Rather than applying these indisputable and replicable findings to understanding and solving the obesity crisis, the scientific community is delaying a solution and wasting precious time and resources arguing about which single factor is most important.

The problem cannot be attributed to a single dietary or physiological factor, like too much sugar, too much fat, or even factors like viruses, bacteria, and endocrine disrupters.

The real problem is that Americans now live in a food swamp and there is just too much food easily available.

It's unlikely that changes in human physiology have anything to do with the obesity epidemic. Instead, the root cause is the Green Revolution: America's wild success in producing more food than is needed.

Now, in America, the poorest people often have the greatest problems with overweight and obesity. The reason the average person gains about two pounds per year is only in part an issue of diet quality.

Rather it is quantity—there is just too much food—ubiquitous, cheap and convenient. And the evidence is quite strong that overeating is driven by marketing that exploits the natural human tendency to eat whatever is served, or buy and consume what is convenient.

Marketers have learned that whatever grabs people's attention increases the odds they will buy. They also know that people pay more attention to images than text and even less to numbers.

The doubling of obesity in America occurred between 1980 and 2000, and it was no coincidence that this was also the time when marketers began to capitalize on research showing the power of placements and promotions in encouraging impulse buys.

In the 1970s marketers learned that placing foods in prominent locations could dramatically increase sales. Moving candy from an aisle to the cash register increased its sale by 40 percent. Placing food on the end caps in a supermarket could double or triple sales. In the 1980s the number of contracts that manufacturers made to buy specific real estate in the supermarket dramatically increased. Now more than 30 percent of all supermarket sales come from these end aisle displays, which are dominated by high-calorie processed foods, like chips, sodas and cookies.

The primary three actionable reasons why people eat too much are restaurants that serve portions that are too large; supermarkets, retail outlets, and other settings (including the workplace) that encourage impulse buying, especially of high calorie foods; and relentless marketing of food in commercials, billboards, television shows, and on the Internet, that remind people it is always time to eat.

The solution to the obesity epidemic is not going to be pills or diets. It will be about moderation and creating an environment that doesn't serve people more food than they need when they dine out, doesn't promote impulse buys of low-nutrient foods and doesn't make people feel hungry when they don't need to eat.

Simple standards and government regulations, like those developed and accepted for alcohol control could be effective.

A good start would be standardizing portion sizes so people know how much they are being served and have the option to order foods in quantities that won't lead to weight gain. Removing candy, chips, sodas, cookies and other junk food from special displays, cash registers and easily accessible vending machines also would help.

Placing foods that increase the risk of obesity and chronic diseases in less conspicuous places would allow those who want such foods to get them, but the decision to buy would be deliberate rather than impulsive. And an aggressive counter-advertising campaign could help remind people that food cues can make them feel hungry, even when they are full and don't need to eat.

Placing new regulations on how food is marketed to consumers is certain to cause controversy among retailers and restaurants who will no doubt react with cries of "Nanny State." But the obesity epidemic in America is not going to diminish on its own. Bold steps are called for.

As long as obesity is viewed as a single factor problem or a matter of personal responsibility, and not the consequence of living in a food swamp, the obesity epidemic will persist.

Most people lack the capacity to ignore the sophisticated marketing strategies they encounter every day. Mitigating the risk of over-consumption requires changing the environment so that the easiest and most convenient choices are not always the worst choices.

Deborah A. Cohen is a senior natural scientist at the RAND Corporation, and the author of “A Big Fat Crisis: The Hidden Influences Behind the Obesity Epidemic—and How We Can End It.”

This commentary originally appeared on Fox News Channel on August 14, 2014. Commentary gives RAND researchers a platform to convey insights based on their professional expertise and often on their peer-reviewed research and analysis.