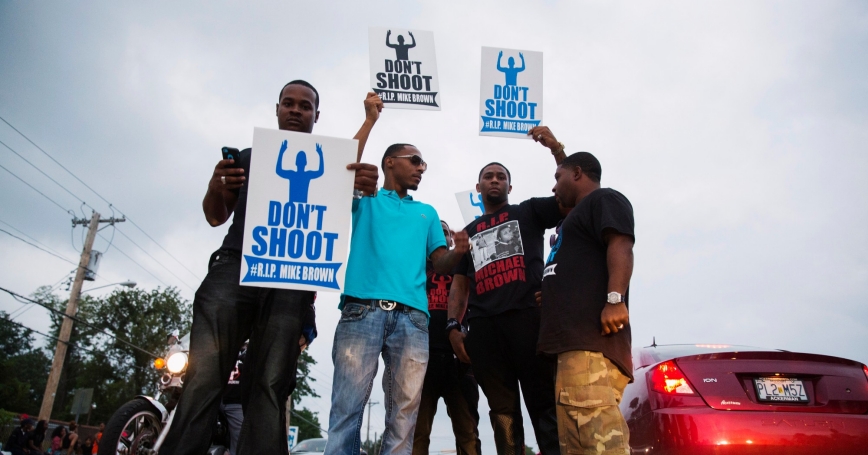 Demonstrators gesture and chant as they continue to react to the shooting of Michael Brown in Ferguson, Missouri August 17, 2014

Authorities in Ferguson would be wise to consider following Cincinnati's example in dealing with mistrust between police and citizens after the police shooting of a young black man.

As most in Cincinnati remember, in 2001, a group of community organizations led by the ACLU sued the city, accusing the police department of racial profiling....

The remainder of this commentary is available on cincinnati.com.

Jack Riley is vice president and director of the National Security Research Division at the nonprofit, nonpartisan RAND Corp. He was co-author of the 2009 RAND report "Police-Community Relations in Cincinnati."

This commentary originally appeared on Cincinnati Enquire on August 21, 2014. Commentary gives RAND researchers a platform to convey insights based on their professional expertise and often on their peer-reviewed research and analysis.