Foreign Fighters Are a Global Threat 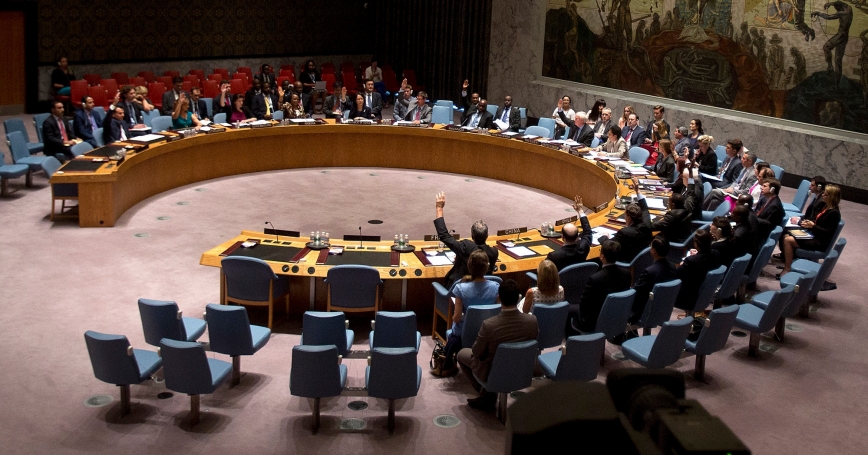 As the United States takes the lead of the United Nations Security Council for the month of September, President Barack Obama has made clear he plans to make a priority of the threat posed by foreign terrorist fighters.

The issue of terrorists recruiting foreigners to fight in Syria, Iraq and elsewhere is serious enough that Obama is taking the unusual step of personally hosting a Security Council session next month. It is a topic worthy of Security Council action.

The battlefield in Syria and Iraq has become a magnet for aspiring jihadists from around the world. Some 10,000 foreign fighters may now be engaged in the region alongside local jihadist groups. Many of these fighters hail from regional states like Saudi Arabia, Jordan, Yemen and Libya. Some 2,000 to 3,000, however, carry European passports, and a smaller but not insignificant number are from the United States. In most cases, these individuals cannot be barred from returning home just because they visited Syria or Iraq.

These returning U.S. and European jihadists could carry out terrorist plots on European or American soil after leaving the battlefield. They could do this individually or act in concert as part of a larger network born of their common wartime experience. The violence in the region appears to be rejuvenating radicalization in some Western countries where it had been in decline, or at least under control.

The sheer number of foreign fighters now fighting in Syria and Iraq is itself a cause for broader international concern. Whether from Europe, America, or elsewhere, these young men — and a few women — are apt to bring instability and extremist ideology with them wherever they go after the war ends. Many of today's most militant jihadists — in North Africa, the Middle East or South Asia — fought together as mujahedeen in Afghanistan. The number of foreign fighters in Syria today is at least as great, and possibly greater, than the number that fought in Afghanistan. This is a frightening thought.

The phenomenon of foreign fighters is hardly new. Throughout history, militants sympathetic to others' causes have traveled to join forces fighting in foreign lands. But the intensity of the problem in Syria and Iraq has been a major source of concern for the U.S. government and the intelligence community for well over a year. U.S. officials have said that Syria will have a much greater impact on global jihad than past cases such as Bosnia or even Iraq and Afghanistan. Several European governments have already publicly expressed their concern about the problem.

The issue of foreign fighters is one that should draw agreement from the Security Council members. Russian concern about jihadists in Syria has long been one source of its support for the regime of President Bashar Assad. Similarly, Nigeria, a non-permanent member of the Security Council, may see an interest in cooperating on a counter-terrorism resolution because of its problems with Boko Haram.

The focus on foreign fighters in Syria and Iraq also could serve to build support among Security Council members for the initial steps the United States has taken to target the Islamic State (formerly known as ISIS or ISIL) with airstrikes.

The threat posed by foreign terrorist fighters cannot be resolved by the United States, or any ally, working alone. It calls for broad international cooperation on law enforcement, intelligence sharing and other areas for many years to come. The road ahead will be hard, but it's best to begin now with action by the UN Security Council.

Chris Chivvis is a senior political scientist at the nonprofit, nonpartisan RAND Corporation.

This commentary originally appeared on U.S. News & World Report on August 25, 2014. Commentary gives RAND researchers a platform to convey insights based on their professional expertise and often on their peer-reviewed research and analysis.