Make Russia an Offer on Ukraine It Can't Refuse 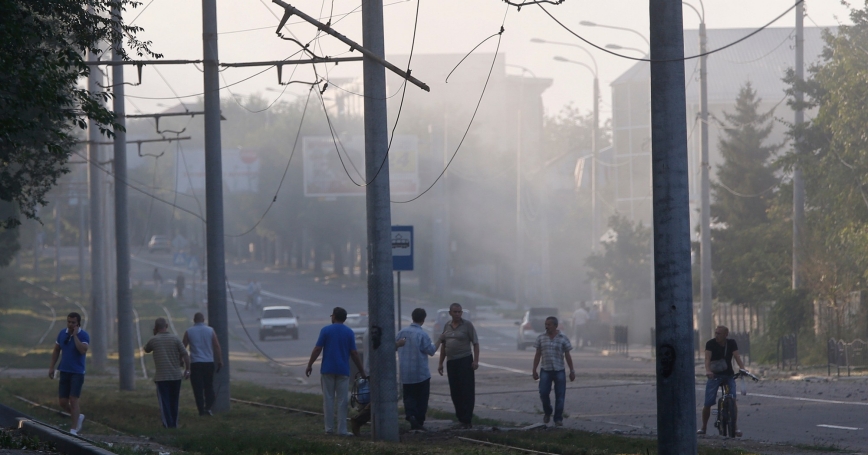 People walk along the street soon after, what locals say, was recent shelling by Ukrainian forces, in Donetsk on August 20, 2014

by Olga Oliker and Keith Crane

Ukraine is burning. Ongoing fighting between government forces and insurgents in eastern Ukraine have left more than 2,000 Ukrainian civilians dead and some 300,000 displaced, according to AP. Meanwhile, in large swathes of the Donetsk and Luhansk regions, those who remain lack food, running water, and electricity. If the West is serious about preventing things deteriorating further it needs to find a new approach — and one that makes Russia part of the solution.

The Ukrainian government argues that it is doing its utmost to avoid civilian casualties in eastern Ukraine, but it is believed to have been using Grad rockets, an inaccurate weapon that makes this particularly difficult. The separatists have for their part also used heavy weapons indiscriminately, killing Ukrainian civilians and likely accidentally shooting down Malaysian Airlines Flight 17....

Olga Oliker is associate director of the International Security and Defense Policy Center and a senior international policy analyst at the nonprofit, nonpartisan RAND Corporation. Keith Crane is director of the RAND Environment, Energy, and Economic Development Program as well as a professor at the Pardee RAND Graduate School.

This commentary originally appeared on CNN on August 20, 2014. Commentary gives RAND researchers a platform to convey insights based on their professional expertise and often on their peer-reviewed research and analysis.