Military and Veteran Mental Health: Why Should Psychiatrists Care? 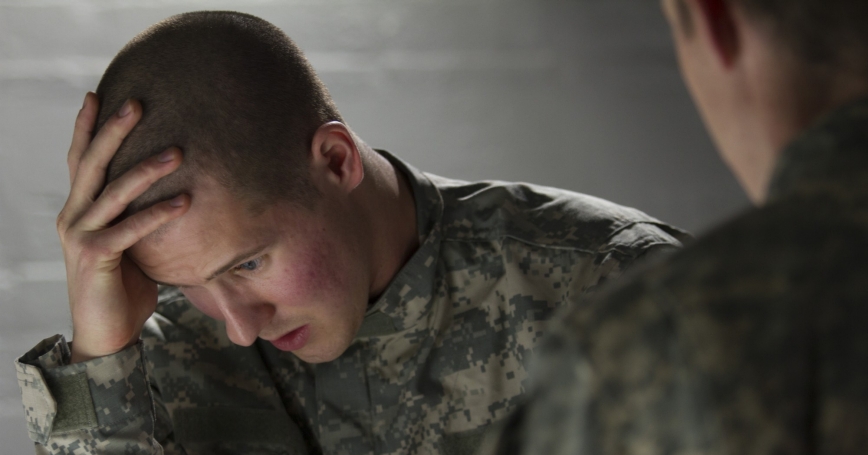 Psychiatrists might ask, “Why should I care?” The question is a reasonable one and the place where we will start. Each of you is a scarce resource to our larger society. If your bandwidth is like mine, it fills fast and has limits on what it can digest and act upon. So allow me to suggest a few reasons—by no means an exhaustive list—why what's happening in the mental health world of the military and veterans is of great interest to you.

1. The local impact of the past 13 years of armed conflict is greater than many think and much greater than simply the number of veterans in your practice or your community.

When speaking before groups, I have often started with a question: “How many Americans would you estimate have deployed to Iraq and Afghanistan since September 11, 2001?” Mostly I get a few bashful guesses. Seldom does more than one person offer an estimate much higher than 500,000.

Sometimes there are gasps when these audiences hear that well over 2.5 million Americans have deployed about 3.5 million times. This number, as large as it is, hints at another challenging fact: Only about two-thirds of a percent of all Americans have deployed to these conflicts. For most American families, their only direct exposure to the U.S. military is in an airport.

A closer look shows that the deployment figures are large but the impacts of these wars are larger still. Consider this: In 2008 Nobel Laureate economist Joseph Stiglitz1 and colleague Linda Bilmes estimated the cost of the Iraq War alone at between $2 trillion and $5 trillion (a broad potential range based on how the economic impact of some factors are valued, but striking even if the most conservative estimate is used). Can these figures be credible? As the U.S. entered the Vietnam War in the early 1960s, there were still Americans receiving compensation for Civil War health effects. It is this lengthy economic tail—some resulting from direct benefits and compensation but perhaps mostly the consequence of more insidious long-term health effects on individual productivity—that is the major driver of the costs of war.

2. The contrast between military and civilian culture can challenge our notions of where social values end and hard evidence begins.

Anyone raised in America is likely to view certain ways of thinking as self-evident, even though sometimes a global majority thinks of the same issues in starkly different terms. The most poignant example that comes to mind is the tension between personal autonomy and collective responsibility. For millennia, nearly all people sought survival in small groups, and a large (though decreasing) portion of the world still does. This lifestyle offers little room for autonomy; everyone's role is essential and only collective efforts can sustain the group. In this context, the boundaries of individuality are narrow and breaching accepted roles can carry a harsh penalty.

In contrast, in Western civil societies people are mobile, adults live independently from neighbors and extended family, and social institutions are diverse and subspecialized. Autonomy and expression are fundamental human rights. In contrast, neighborhood and family engagement is viewed as charitable but discretionary. When failures occur, we look first for institutional failures and tend to see individuals as victims of powerful institutions.

I believe that many (not all) misunderstandings across the civil-military divide occur because the military is a throwback to an ancient way of thinking, an outlook that arises when survival depends on sustaining the viability of a small group or unit. In this context each member of a small group lives and dies together on behalf of one another.

Think of the badly wounded soldier who expresses an intense and seemingly almost delusional desire to return to combat and their unit. The obligation is to self-sacrifice for the good of the unit; personal autonomy is nice but only a luxury. In return, if a soldier “falls out,” the group must rein the soldier in (consider the expression, “leave no soldier behind”). There are limits, however; if one repeatedly breaks from the group, the group is endangered and the consequences are reprimand or even rejection. In this reality, when bad things happen, the individual is to blame, so that the group can survive to the next day.

Military veterans are ubiquitous in our practices and in our lives, and often we are unaware of this fact. With any luck, this column—like the previous example—will provide you with some basis for reexamining patients' circumstances, dilemmas, and behavior through the lens of military culture and values. It might increase your “military cultural competence” or provide a lesson for more general clinical use.

For example, military recognition of the need to better characterize the mental health consequences of World War II led directly to the earliest iteration of our current psychiatric diagnostic system. Later, characterization of the symptoms of returning Vietnam War veterans led to the formalization and adoption of PTSD in DSM-III. The conflicts in Iraq and Afghanistan have served to broaden public awareness and deepen neuropsychiatric appreciation for the physical and mental health challenges associated with repeated concussions.

Important social trends are played out in the military. The military was perhaps the first major American workplace to achieve successful racial integration. Now it is making slow but incremental progress in career opportunities for women and equal rights for lesbian, gay, bisexual, and transsexual people, progress that results from and has an impact on our broader national scene.

4. No matter where you live and work, the U.S. military and the health systems designed to support military members, veterans, and family members are you!

It is too easy to blame others for the consequences of military actions or the failures of federal health systems. In spite of how it sometimes may seem, the DOD, Army, Navy, Air Force, and Veterans Affairs are accountable to each one of us. If we don't own that responsibility then we are arguably the source of their failures and can expect no rewards when they succeed.

I hope this column can provide a useful place to explore openly the ways that we as a community of concerned psychiatrists can make our voices heard in matters relevant to the military, the VA, to general public service, and to military members past and present and their families.

Charles C. Engel is senior health scientist at the RAND Corporation in Washington, D.C. His last military assignment before retiring as an Army colonel was Associate Chair for Research, Uniformed Services University of the Health Sciences, department of psychiatry, in Bethesda, Maryland.

This commentary originally appeared on psychiatrictimes.com on August 5, 2014.