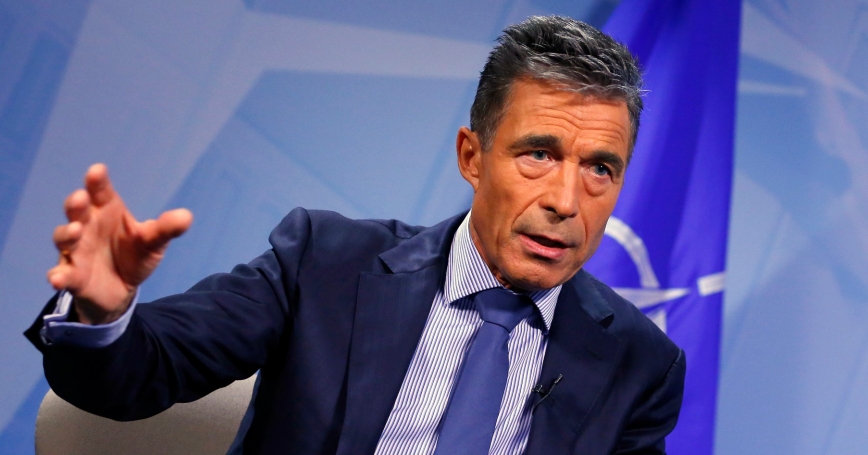 NATO Secretary General Anders Fogh Rasmussen during an interview with Reuters at the Alliance headquarters in Brussels, August 11, 2014

Just weeks before its scheduled September 4 summit in Wales, NATO is bogged down in bureaucratic wrangling and losing important momentum. Without firm intervention and leadership from the White House, the summit is unlikely to provide the far-reaching strategic vision and initiative that is badly needed in the face of Russian President Vladimir Putin's attempt to destabilize Ukraine.

To its credit, the Obama administration has pressed its European Allies to do more to reverse the decline of their defense capabilities. Many of Washington's proposals — including reanimating the goal that alliance members should spend two percent or more of GDP on defense, hold more assertive exercises, make command structure modifications and carry out more realistic contingency planning — are sensible and point the alliance in the right direction. But without a more forceful engagement from President Obama, many of them may never be implemented.

Moreover, there is a real danger that…

F. Stephen Larrabee holds the Distinguished Chair in European Security, Emeritus, at the nonprofit, nonpartisan RAND Corporation and served on the National Security Council staff in the Carter administration. Ian Brzezinski is a resident senior fellow at the Atlantic Council and was Deputy Assistant Secretary of Defense for European and NATO Policy in the administration of George W. Bush. The views expressed are their own.

This commentary originally appeared on CNN on August 14, 2014. Commentary gives RAND researchers a platform to convey insights based on their professional expertise and often on their peer-reviewed research and analysis.