Step It Up, Europe 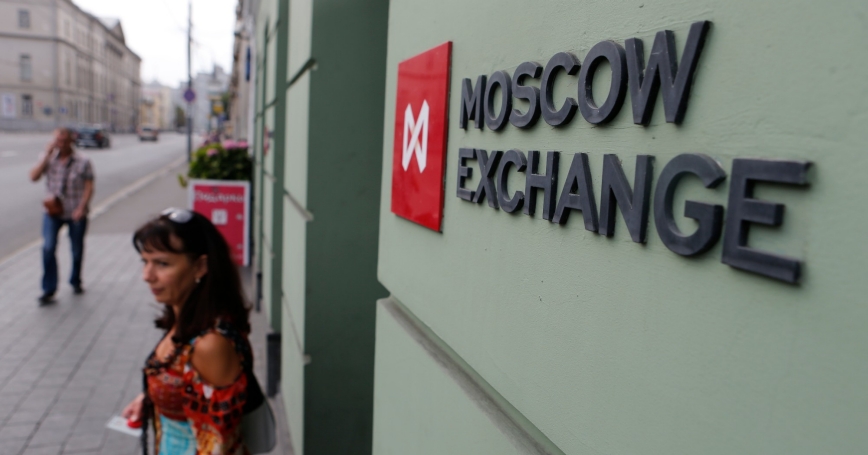 A woman walks out of the office of the Moscow Exchange in Moscow, August 1, 2014

by James A. Thomson

Notwithstanding the latest round of sanctions on Russia, the European Union will need to do more to achieve its objectives in Ukraine. The same could be said for the U.S., but the EU is in the driver's seat on this issue. The EU has more at stake strategically than the U.S., and its actions helped trigger the current crisis when it offered an Association Agreement to Ukraine last year, which has now been signed by the current pro-Western government in Ukraine.

The EU wants to bring Ukraine into its orbit, perhaps even to membership down the road, and thus to promote political and economic reform there. America shares the reform goals, but has no say about membership in the EU.

The Russian government, led by President Vladimir Putin, reacted strongly against the EU's and Ukraine's moves toward closer association, first by dissuading the previous government of Viktor Yanukovich from signing the association agreement, then by occupying Crimea and fomenting political violence in Eastern Ukraine after a pro-Western government came to power in Kiev. The Europeans should have understood that a geopolitical move of this magnitude would likely trigger a Russian response that they would have to deal with.

Apparently, some European governments did not understand. The EU is unable to agree on strong economic sanctions on Russia; the new sanctions are still weak. Some Europeans are reluctant to take military steps, and that has hobbled NATO's ability to respond. No doubt, European reliance on Russian gas and business dealings with that country are contributing to the timid response. But the Europeans knew about these before they launched the proposal for an association agreement.

Putin cannot afford to see Ukraine reform and move toward the West. He and his team were probably frightened by the anti-Putin protests in Russia after elections in 2011 and 2012. These led to a crack-down on political opponents and a muzzling of the media. But failure of Russian policy in Ukraine could threaten Putin's hold on power. If Ukraine could reform and move politically toward the West, why not Russia?

This is why Russia continues to support the so-called separatists in Eastern Ukraine, even after the downing of MH-17, apparently directly or indirectly a result of Russian policy. We can expect the unrest to continue. This situation is dangerous, as demonstrated by the airline tragedy. Neither the Americans nor the Europeans can afford to see it continue or, worse, see Ukraine carved up, even more than it already has been, or for the government there to fail.

The only alternative to stepping back from the crisis is to ramp up the coercive pressure on Russia — beyond the latest U.S.-EU efforts this week — in the expectation that this will cause Russia to agree to a satisfactory negotiated settlement to the conflict.

In addition to much tougher economic sanctions, including ones that target specific sectors of the Russian economy — finance, for example — other steps are available. NATO could help the Ukrainians defend themselves through the provision of military assistance, including weapons, training and intelligence. NATO could deploy air and naval forces closer to the conflict, including stationing ground forces in Estonia and Latvia, which have borders with Russia and Russian-speaking minorities. These should not be token deployments, but large enough to deter the Russians from taking any military actions against our allies.

Although America can and should participate in these economic and military steps, our European allies need to play a major role. Germany, so long the beneficiary of NATO deterrence during the Cold War, should be in the forefront. Were Sweden and Finland to indicate participation in military deterrence and a desire to join NATO, a powerful signal would be sent to Russia.

Based on past form, the Europeans will not take steps like these unless the U.S. says it intends to do these things itself, and perhaps not even then. But because Europe wants to bring Ukraine into its orbit, it has to take the actions needed to make that happen.

James A. Thomson is president emeritus of the nonprofit, nonpartisan RAND Corporation and a professor at the Pardee RAND Graduate School.

This commentary originally appeared on U.S. News & World Report on August 5, 2014. Commentary gives RAND researchers a platform to convey insights based on their professional expertise and often on their peer-reviewed research and analysis.