A Broad Approach to Countering the Islamic State 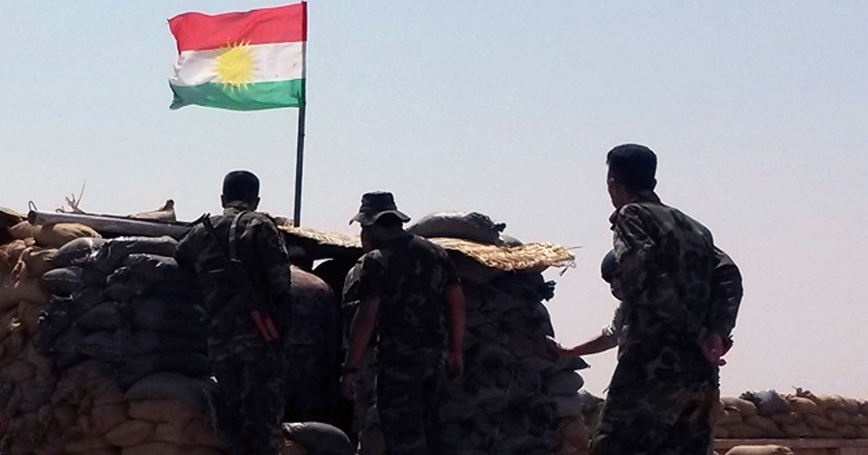 In 2013 we completed “Paths to Victory: Lessons from Modern Insurgencies,” a study of 71 counterinsurgencies since the end of World War II that quantitatively tested the performance of 24 concepts, or building blocks, for specific counterinsurgency (COIN) approaches, against the historical record. Some of the concepts were drawn from classical perspectives on COIN from the previous century, such as pacification and resettlement; others were contemporary concepts suggested for operations in Iraq and Afghanistan, such as “boots on the ground” and the concept implicit in U.S. Army Field Manual (FM) 3-24, Counterinsurgency.

The selected cases are the 71 most recent resolved insurgencies, spanning the period from World War II through 2010. In addition to being perfectly representative of the modern history of insurgency, these cases represent geographic variation (mountains, jungles, deserts, cities), regional and cultural variation (Africa, Latin America, Central Asia, the Balkans, the Far East), and variation in the military capabilities and tactics of COIN forces and insurgent forces alike. 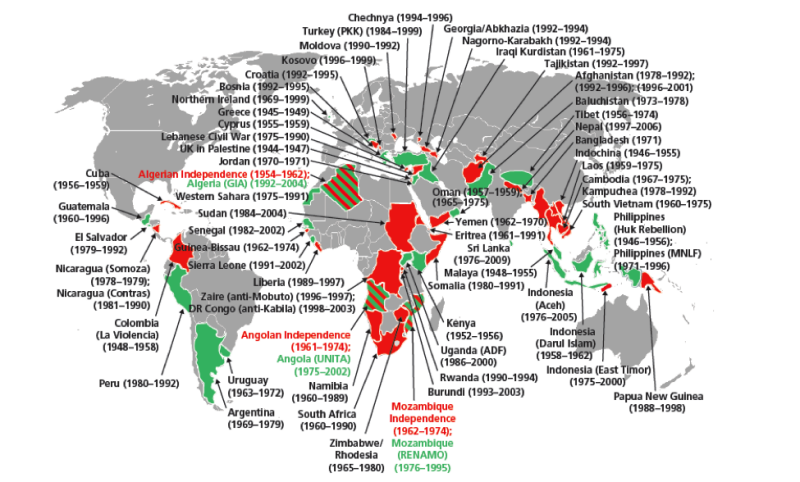 The study resulted in a definitive set of findings about historical cases of counterinsurgencies, several of which are detailed below.

First, we found that in every case where they succeeded, counterinsurgent forces managed to substantially overmatch the insurgents and force them to fight as guerrillas before getting down to the activities traditionally associated with counterinsurgency.

This means that step one in defeating militants from the Islamic State, formerly referred to as the Islamic State of Iraq and Syria (ISIS), is to overmatch them and defeat their conventional aspirations. While this has not happened yet in Iraq, U.S. air power could make a significant contribution toward that end. Airstrikes will help curb Islamic State advances in strategically important parts of Iraq and thus, help bolster the Iraqi government and security forces, at least in the short term.

Second, we concluded from the research that “effective COIN practices tend to run in packs,” meaning that governments that managed to defeat insurgencies implemented numerous effective practices rather than just a few. Qualitative Comparative Analysis (QCA) techniques identified three COIN concepts critical to success. These three concepts were implemented in each and every COIN win, and no COIN loss implemented all three: Tangible support reduction; commitment and motivation; and flexibility and adaptability.

The recent Islamic State military offensive throughout northern Iraq has generated debate about what the U.S. role should be in countering the group. The broader strategy to defeat the growing insurgency in Iraq — and ISIS does represent an insurgency, as its stated goal is to topple the Iraqi and Syrian governments and replace them with a sharia state — will have to involve U.S. support on several levels, though the Iraqi security forces must be in the lead.

U.S. support to an Iraqi counterinsurgency strategy to defeat the Islamic State must focus on reducing tangible support to the insurgents, increasing the commitment and motivation of the Iraqi military and security forces and increasing the government's legitimacy among Iraqi Sunnis.

Every counterinsurgent force since the end of World War II that won managed to substantially reduce the ability of the insurgents to maintain needed levels of recruits, weapons and materiel, funding, intelligence and sanctuary. Unless the Iraqi security forces are able to identify and eliminate sources of insurgent support, the conflict will only intensify and push the country closer toward all-out civil war.

In other words, part of the counterinsurgency strategy must include interdicting fighters and materiel flowing into the country along ratlines and breaking the logistics chain that allows the Islamic State to sustain the ability to plan and execute attacks.

Even with U.S. air support, disrupting external tangible support to the insurgents will be difficult for two major reasons. First, the ongoing civil war in Syria provides the Islamic State with nearly unfettered access back and forth across the Iraqi-Syrian border. Unless U.S. air power is extended into Syrian territory, the insurgents will be able to execute attacks on Iraqi soil before escaping back across to Syria to rest, recuperate and rearm. The Iraqi security forces have no control over what happens west of the Iraqi-Syrian border.

Commitment and motivation as a concept for counterinsurgency considers the extent to which governments and their forces were actually committed to defeating the insurgency, rather than to other goals like maximizing their own personal wealth and power, bilking external supporters by extending the conflict, engaging in sectarian tit-for-tat violence, or avoiding (or fleeing) combat, as the Iraqi army divisions did by melting away from the fight with Islamic State militants.

This concept pertains both to the threatened government and its indigenous forces, but not to the commitment and motivation of any external supporters. Historically, the motivation of external forces hasn't mattered; this means that it doesn't help if the United States wants to defeat the Islamic State more than the Iraqi security forces do.

Regardless what contributions the United States makes to the fight and how and whether the Iraqi government marshals the support of its people and increases legitimacy, the Iraqi government and Iraq's military forces need to be committed and motivated to defeat the insurgency. If they are not, history suggests that they won't be successful.

Finally, flexibility and adaptability captures the ability of COIN forces to adjust to changes in insurgent strategy or tactics. While some historical COIN forces failed to adapt in (and lost) early or intermediate phases in conflicts that they still managed to eventually win, all successful COIN forces made any necessary adaptations in the decisive phase of each of the historical cases.

Overwhelming firepower and sophisticated technology have never been guarantors of victory in COIN operations. At no time has this been truer than in today's operating environment, where insurgents use the Internet to great effect and use rudimentary materials to construct increasingly deadly improvised explosive devices to counter COIN forces. John Nagl's “Learning to Eat Soup with a Knife” emphasizes the importance of the COIN force's ability to adapt quickly and effectively to changes in warfare.

In Iraq, the insurgents have been more adaptive than the Iraqi counterinsurgent forces. The recent Islamic State offensive only further confirms this conundrum facing the Iraqi government.

Still, military force is merely one part of a sound counterinsurgency approach. To make lasting progress, the newly designated Iraqi prime minister, Haider al-Abadi, must focus on the legitimacy of the Iraqi government. To do this he will have to reach out in some way to aggrieved Sunni groups — including Baathist militias operating alongside ISIS — to bring the Sunnis back into the fold in something that could resemble an Anbar Awakening-lite.

The Islamic State is benefiting from the support of disenfranchised Iraqi Sunnis who are either joining the insurgency, providing tangible support, or simply not resisting and providing passive support. Even tacit acceptance of the insurgency undermines a government in Baghdad that has repeatedly demonstrated a tendency toward sectarianism and an overall unwillingness to assuage ethnic and religious minorities.

Legitimating reforms and a sincere effort at power sharing can make this existing Iraqi government a preferred alternative to what the Islamic State offers to Iraq's Sunnis. These reforms should include forming a coherent national unity government and minimizing Iranian influence over Dawa party loyalists entrenched in Baghdad's bureaucracy. The continued marginalization of Sunni and Kurdish politicians will only serve to prolong the morass.

Clouding what should be a genuine policy debate, much of the recent analysis about how to defeat the Islamic State tends to be based on no more than intuition, a general sense of history, or a small number of historical cases of questionable comparability, rather than solid and systematically collected historical evidence. The research findings from “Paths to Victory” should help provide empirical evidence to an increasingly important debate.

This commentary originally appeared on The Washington Post Monkey Cage Blog on September 2, 2014. Commentary gives RAND researchers a platform to convey insights based on their professional expertise and often on their peer-reviewed research and analysis.