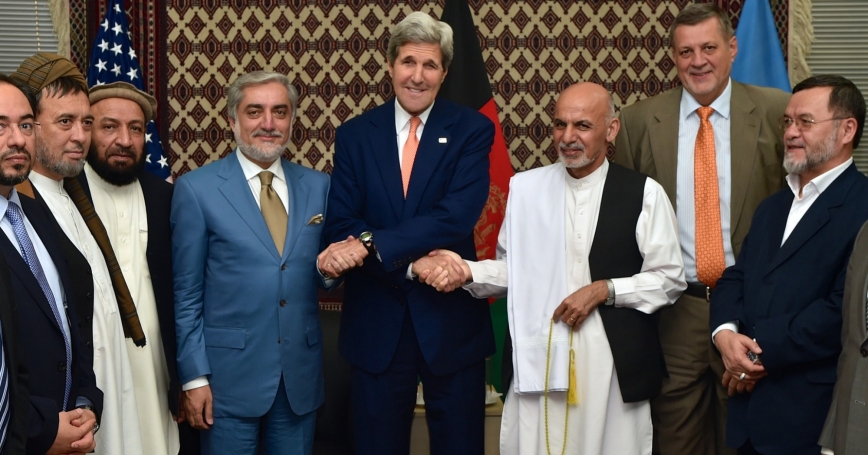 On Sunday, Ashraf Ghani was declared the victor in a contest to determine Afghanistan's next president. The process has been infuriating: eight months of official campaigning, several dozen candidates winnowed down to a final pair of contenders for a June runoff, and then three more months of bickering over which camp's electoral fraud had been more massive. But the end product of this mess was the best possible outcome: best for Afghanistan, best for the region, and best for the United States. Here's why.

For starters (and in Afghanistan, this is only a starting point), Ghani almost certainly won the most votes. His precise margin of victory, however, remains unclear. The initial tally of the runoff put him over a million votes ahead of his rival, Abdullah Abdullah. After a United Nations–supervised audit of all ballots, the Afghan election commission declared Ghani victorious — but, in deference to Abdullah's protests that the vote was flawed, the final numbers were not publicly revealed. Ghani's camp says that the UN process threw out 850,000 ballots and left Ghani with 55 percent of those remaining; the respected independent Afghan monitoring expert Nader Nadery came up with nearly the same estimation.

Unlike many of the candidates who started the race, Ghani is a technocrat, rather than a warlord. (Of the nine contenders who survived disqualification by the electoral commission besides Ghani and Abdullah, at least five were deeply implicated in institutional corruption, the running of private militias, or both.) After a long career at the World Bank, Ghani returned to Afghanistan to serve as adviser and subsequently finance minister to the nation's first post-Taliban president, Hamid Karzai. In this capacity, Ghani was instrumental in establishing several of the least dysfunctional sectors of the Afghan government and economy: its currency, its cell-phone system, and its widely admired National Solidarity Program for development....

Jonah Blank is a senior political scientist at the nonprofit, nonpartisan RAND Corporation. Follow him on Twitter: @jonahblank

This commentary originally appeared on Foreign Affairs on September 24, 2014. Commentary gives RAND researchers a platform to convey insights based on their professional expertise and often on their peer-reviewed research and analysis.