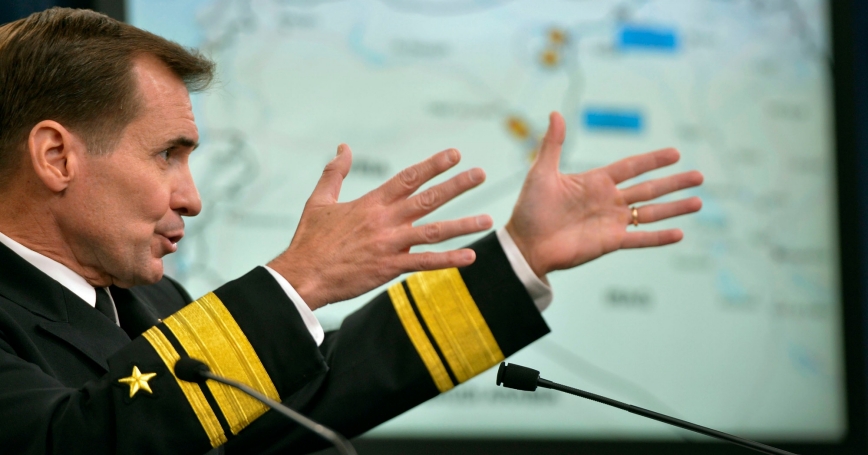 When the Japanese bombed Pearl Harbor in December 1941, a full 11 months before the 1942 midterm elections, President Franklin Roosevelt was able to go to Congress the very next day and obtain a declaration of war. When terrorists attacked America on 9/11, nearly 14 months before the 2002 congressional elections, Congress authorized the use of military force within one week, thereby providing the legal basis for U.S. actions against al Qaeda's terrorist enterprise. Congressional approval for military action in Iraq and Syria seems likely to take longer. Among the reasons: election year political calculations.

The advance of Islamic State in Iraq and Syria (ISIS) forces across Iraq and their murder of two American citizens provoked extraordinary alarm in Washington. Secretary of Defense Chuck Hagel said that this was beyond anything we've seen. Sen. James Inhofe (R-Okla.) observed, "We are in the most dangerous position we've ever been as a nation." And retired Marine Gen. John Allen, who the president has just appointed to lead the coalition against ISIS, declared that "World War III is at hand."

Well, not just yet. Although the House and Senate voted last week to back the president's plan to train and equip opposition forces fighting the Syrian regime, Congress has not addressed President Obama's plans to take other military steps against ISIS. Some members of Congress do not want to vote on the use of military force until after the upcoming elections. Among these are some who fear their vote could cost them votes.

So far, lawmakers have not been presented with a request from the administration, so it is not yet clear what they would be asked to vote on. And the Congress is used to being ignored when it comes to the War Powers Act. Still, voter reaction could go either way: a vote for the president's plan could be seen by some voters as support for another foreign war, while a vote against could be portrayed as a failure to recognize the ISIS threat.

Of course, there is a difference between the current circumstances and the historical examples. Pearl Harbor and 9/11 were direct assaults on the United States. ISIS has murdered two American journalists. For now, U.S. military action is preemptive, which should make congressional approval all the more crucial.

President Obama says that he would welcome congressional action, but asserts that he does not need it to begin the bombing. Some legal experts challenge that assertion, declaring military action illegal without congressional approval. Congress, it would appear, accepts the president's assertion, because it lets lawmakers off the hook. It is Obama's war. He is the commander-in-chief. More important, he can't run for reelection.

Reasonable men and women may disagree about America's role here. I have just returned from the Middle East, where I spoke with the leader of the Yazidi community and saw the harrowing photos of the fleeing Yazidis leaving their unburied children in the rocky desert behind them as ISIS closed in on their last mountain refuges. American bombing was, in my view, necessary to prevent ISIS from committing even more atrocities. Military capacity brought with it a moral imperative. Beyond that, formulating strategy seems to have been replaced by political triangulation. The two are different.

Accepting that democracy is about politics, there is still something unseemly about the possibility that personal political calculations could be influencing whether or not the Congress gives early consideration to a question of national security. Going to war is the most momentous decision a nation can make — it means killing and destroying, sending young Americans into combat where they may be killed or captured. Reliance on air power reduces that risk — important because casualties are politically unpopular — but airpower does not change the principle. Men die no less hard in declared or undeclared wars, but America owes them a resolution of national support as expressed through its elected representatives.

Brian Jenkins is senior adviser to the RAND president and the author of The Dynamics of Syria's Civil War.

This commentary originally appeared on The Hill on September 25, 2014. Commentary gives RAND researchers a platform to convey insights based on their professional expertise and often on their peer-reviewed research and analysis.