If You Want Ex-Cons to Be 'Productive Members of Society,' Ban the Box 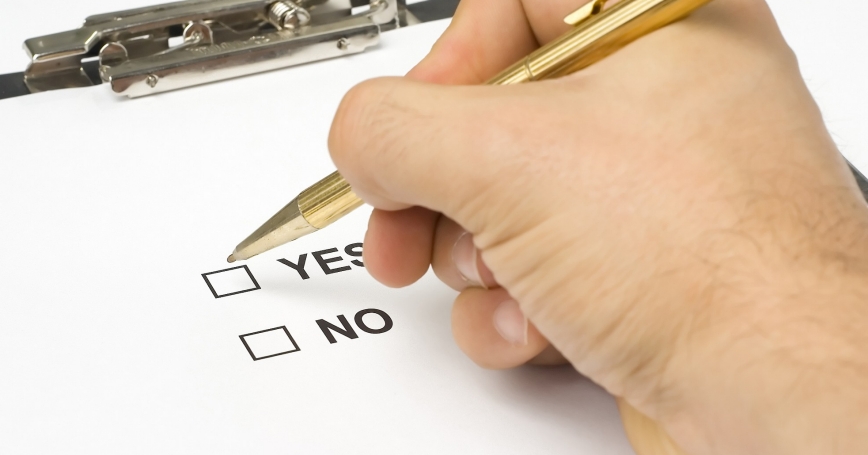 When an inmate is released, you often hear Americans say that he's “paid his debt” and can now become “a productive member of society.” But the reality is ex-cons pay for their crimes long after sentences end. On the outside, the stigma of incarceration makes it extremely difficult to land a job.

Apply for one in many cities and states, and this is what you'll see on the application:

Have you ever been convicted of a crime, offense, or violation of the law?

Many employers immediately disqualify applicants who tick the “yes” box. Research confirms the power of this stigma in the job market. An audit survey of 200 employers found that white applicants with criminal records were half as likely to be called back as equally qualified applicants with no criminal record. Race also influenced the application experience. African-American offenders received less than one-seventh of the offers received by white non-offenders with comparable skills and experience.

Fortunately, a movement to remove this roadblock is gaining momentum. Both Cleveland and Cuyahoga County have banned questions about criminal convictions on initial job applications, but the state of Ohio has yet to act.

Hawaii was the first state to pass a “ban the box” law in 1998. In 2013, California, Maryland, Minnesota, and Rhode Island followed, joined (so far) by Delaware, New Jersey, Illinois, and Nebraska in 2014. More than 60 cities and counties, including New York and Washington, D.C., have also banned the box.

The thinking behind preemptively eliminating applicants with criminal histories is perhaps understandable: employers may be concerned about legal liability or adopting a “not-in-my-backyard” mindset. But this thinking is ultimately misguided and potentially self-defeating.

For one thing, employers could be missing out on a qualified candidate eager to make good on a second chance. For another, it's not unreasonable to think that such a frustrating, pervasive barrier to employment encourages relapses in criminal behavior.

“The box” affects more Americans than you might think, too. In the last 40 years, the U.S. incarceration rate has more than quadrupled. In 2012, about 1 percent of American adults were incarcerated. That's five to ten times the rate of other democracies. The so-called war on drugs has been no small cause of this: Incarceration rates for drug offenses increased tenfold from 1980 to 2010.

In a tight budgetary environment, federal and state officials have a stake in reducing mass incarceration and recidivism. One proven, cost-effective solution is correctional education, which is dramatically effective at reducing one's risk of returning to prison. My colleagues and I found that taxpayers save $5 for every $1 spent on correctional education programs. Inmates who participated were also 13 percent less likely to reoffend.

With these findings in mind, consider two hypothetical states, identical in nearly every way. Both have wisely decided to boost public investment in correctional education, but only one has banned the box. Which state can reasonably be expected to have better outcomes? We don't have data on this scenario, but the likely answer is clear.

While 84 percent of state correctional institutions offer prisoners some type of education or training, only 16 percent of states have banned the box. As stakeholders continue to champion proven, cost-effective programs such as correctional education, they mustn't lose sight of policies like “ban the box” that can help improve the environment ex-offenders return to and influence their chances of finding employment.

If Americans truly believe ex-cons have paid their debt to society and want them to become productive members of it, then it's time to go beyond the lip service of those clichés. Every state should ban the box and give former prisoners a chance at obtaining employment.

Note: This commentary may differ slightly from the version on cleveland.com due to one minor correction.

This commentary originally appeared in The Cleveland Plain Dealer on September 5, 2014. Commentary gives RAND researchers a platform to convey insights based on their professional expertise and often on their peer-reviewed research and analysis.