One Day in the Life of Russia 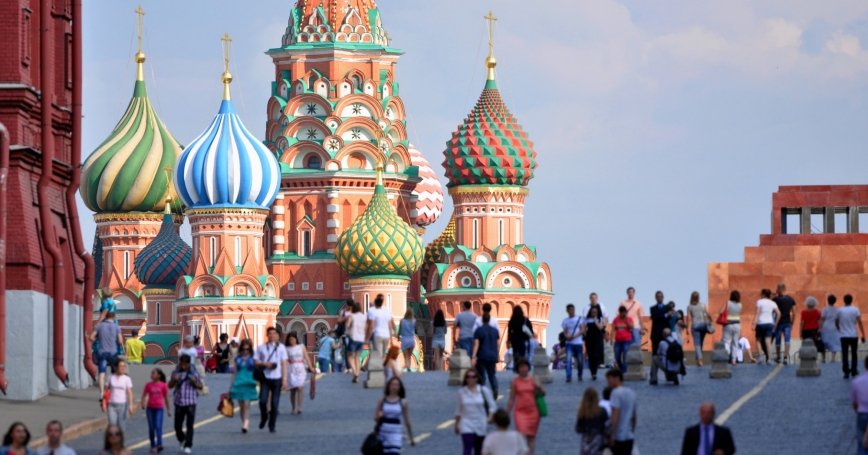 People walking near the Red Square and St. Basil's Cathedral in Moscow, Russia

In 1962, Soviet readers were stunned by the open publication of One Day in the Life of Ivan Denisovich, a vivid portrayal of a Stalin-era gulag prison. Nobel Laureate Alexander Solzhenitsyn, a former gulag inmate, managed with a glimpse of a day in the life of one prisoner to describe a whole system of privation.

Arriving in Moscow last Saturday, I was reminded of the novel when I picked up Friday's edition of the respected English-language daily, The Moscow Times. A single day of its news coverage offered telling indications of Russia's travails.

The lead story reported that a draft bill in the parliament, or Duma, would limit foreign ownership of all Russian media to 20 percent. The Kremlin was said to support the bill. The Moscow Times averred that it was aimed at two Russian-language media outlets that investigate powerful figures—Forbes magazine and the Vedomosti newspaper. The latter is jointly owned by The Financial Times, The Wall Street Journal and Sanoma Media Finland. Current law bans majority foreign ownership of TV and radio stations, but not the printed press. The new law, if enacted, would further tighten media restrictions.

The BBC, The Moscow Times said, had lodged a protest with the authorities after one of its crews was assaulted while looking into reports that Russian soldiers had died near the Ukrainian border. Last month, a Russian politician was beaten when he drew attention to the burials of paratroopers who may have been killed while fighting in eastern Ukraine. The Russian government says it has no troops there, except military “volunteers” using their vacation time. In an interview on the next page, a rebel chieftain in eastern Ukraine said whole battalions of Russian volunteers were fighting there.

In a second story, state-controlled Gazprom said it was limiting flows of gas to European countries that shipped some of it to Ukraine in reverse flows. Since June, Gazprom has cut off shipments to Ukraine. It says the dispute is about price, but the political crisis between Russia and Ukraine may be a factor. In another story, the natural-gas giant's chief was quoted as saying he expected production this year to be 6.7 percent below last year. Analysts, the paper said, foresaw lower output. One reason is the cut-off of shipments to Ukraine, the company's second-largest customer after Germany. Another reason, the story said, was that rival Russian gas producers were more flexible in setting prices and terms with customers.

William Courtney is an adjunct senior fellow at the RAND Corporation and former US ambassador to Kazakhstan and Georgia.