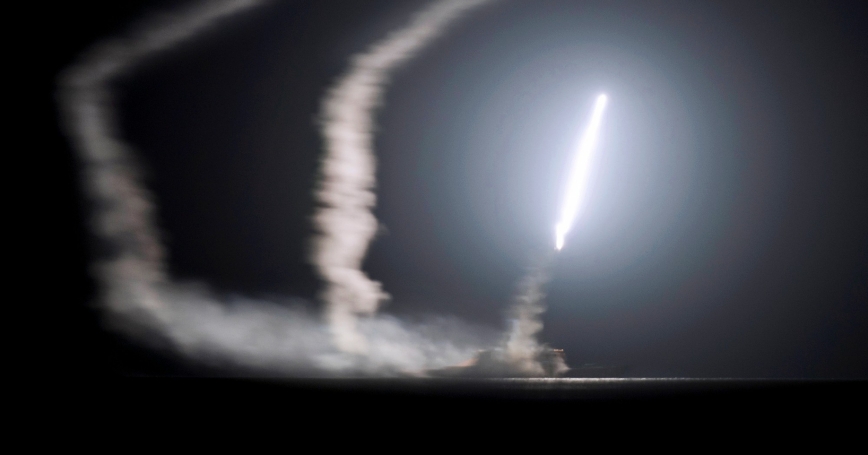 What do these attacks in Syria mean in light of President Obama's goal of degrading and ultimately destroying ISIS?

Andrew Liepman: We need to remind ourselves that the president said, as did his military commanders, that this new phase of fighting against a determined and impressive enemy, will take some time. We need to be careful about how we define victory. We won't vanquish this enemy. We'll be lucky to degrade ISIS. We need patience.

Angel Rabasa: I'm afraid we may have fallen into ISIS's trap. We probably had no choice but to extend the airstrikes into Syria, since that is ISIS's base of operations. But by doing so we have escalated the campaign against ISIS without deploying sufficient force to seriously degrade or destroy them.

Brian Jenkins: I agree with Angel (Rabasa) that air power alone will not destroy ISIS. It can degrade the group's operational capabilities by making movement and the assembly of forces more difficult. It is essentially a containment strategy. Whether it is politically sustainable is another question. As time passes and the patience that Andy Liepman talks about wears thin, the pressure to do more will increase.

Linda Robinson: My impression is that Syria is being treated as the second front, with the targeting there designed to blunt ISIS's movements in Iraq. The existence of somewhat more capable partners there and the need to contain and rollback ISIS progress there has made that the focal point of U.S. action to date. There are hurdles to implementing the policy in Iraq, certainly, but the hurdles in Syria are even greater as many have pointed out.

Jenkins: It can behave like all guerrilla forces by hunkering down in population centers and increasing the risk of civilian casualties. It will likely hold hostages in areas adjacent to its own forces, warning the world that continued bombing threatens the lives of hostages—women and children, included. ISIS may also enlist the support other sympathetic groups, try to acquire surface-to-air missiles, retaliate with terrorist attacks abroad, and encourage its followers worldwide to carry out shootings, bombings, or other terrorist acts.

Karl Mueller: The opening blow is the best chance to inflict a lot of damage on ISIS in Syria before they go to ground. That being said, this isn't really a surprise to them since the possibility of bombing in Syria has been floated for a while, and advance knowledge of the strikes included a number of countries in the region. They had presumably moved a lot of people out of obvious target locations.

Rabasa: Airstrikes will have diminishing returns as ISIS adjusts. And standing up to the United States is likely to enhance its image among both jihadi and non-jihadi constituencies. Like all irregular forces facing a stronger adversary, it wins if it does not lose.

Liepman: It is pretty clear that our action against ISIS is benefiting the Bashar al-Assad regime in Syria. That's unfortunate but perhaps inevitable. This is classic Syrian strategy. At the end of the day, the Syrians dominated the country for a long time. As we degrade Syria's dominant foe in the east, Assad is exploiting that to consolidate positions in the more important west and central parts of Syria.

Robinson: Any action against ISIS will tend to favor Assad in the short run, since it will take time to try to build a capable partner and acceptable alternative to Assad.

What details are known about the participation of partner nations?

Mueller: Reports are that the United Arab Emirates, Jordan, Saudi Arabia, and Bahrain flew in the strikes. Qatar did not, but provided basing. This is a first for Bahrain and a notable development for the Saudis. However, participation of the Arabs is not quite as unprecedented as often suggested, given that the UAE, Qatar, and Jordan previously sent forces to Libya in 2011 to attack a fellow Sunni state.

The bombings also targeted veteran al Qaeda fighters in Syria known as the Khorasan Group. What do we know about this group?

Liepman: ISIS is only one of many bad players. Khorasan is apparently not part of ISIS; it's part of Nusra, the al Qaeda affiliate in Syria. This should remind us that we need a long vision in fighting ISIS and better peripheral vision to keep aware of threats to our flank. Americans tend to be reluctant to delve into details. But in this matter, details are important.