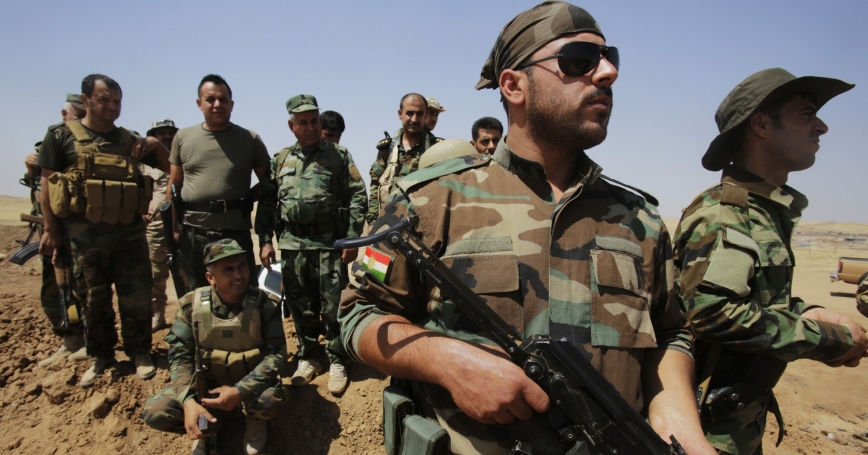 The President said he wanted to speak about what the United States, with its friends and allies, will do to “degrade and ultimately destroy” the terrorist group known as ISIS. Is that an achievable goal?

Dassa Kaye: The ambitions are pretty broad. We're not just talking about degrading, but ultimately defeating ISIS. In my estimation this goes beyond a narrow counter-terrorism campaign and sounds more like a broad counter-insurgency campaign, given the nature of the ISIS threat.

Liepman: Dismantling, degrading, containing them is achievable. But destroying ISIS, even in a couple of years, is just not possible. If we succeed in dismantling ISIS, we're still left with a really problematic region.

Chivvis: It seems to me a realistic objective is to turn what is today a very significant threat into something that is characterized as a manageable concern.

The President referred to the need for a broad coalition of partners in this fight and has taken some steps on this front since the speech. How do you assess this aspect of the strategy?

Dassa Kaye: Clearly, this can't be America's fight alone. A big part of the strategy is going to be getting regional buy-in, especially Sunni buy-in, and this is where the strategy is going to confront difficulties that existed before the beheadings. The Sunni allies are still going to mistrust Iran and be wary of a coalition with Iran. There are still inter-Arab rivalries, and the partners have their own domestic constraints. The parliament of Jordan is already voicing concerns. The Turks have hostages so they're vulnerable in how far they can go in openly supporting the U.S. effort. In Lebanon ISIS has already made inroads into their territory and Lebanese soldiers have been beheaded. All the mistrust by Sunnis of what they're going to view as a Shia-led effort is going to make it very difficult for the U.S. to galvanize broad regional support.

That said, I do think it's the right strategy. You do want that buy-in so it's not just a U.S. fight, but these difficulties are not going to disappear.

Connable: Assuming that Iraqi army and Iraqi tribal members are going to rise up against ISIS and push them out of Iraq, we need first to understand how we get there. We start with an understanding that there was an ongoing Sunni revolution against the government of Iraq, and the grievances are still present. Iraqi Prime Minister Haider al-Abadi formed a new government, and Nouri al-Malaki is gone. Abadi needs to act quickly, and be serious about reconciliation with the Sunni. Tactically, the best hope short of destroying ISIS is pushing ISIS out of Iraq and into Syria. And that will only happen if a majority of Sunnis believe they want ISIS out.

How likely is it that key Sunni groups can be brought back in?

Liepman: I think you can look at the historical precedent in 2006 and 2007 when we very successfully built a Sunni alliance against the predecessor to ISIS, al-Qaeda in Iraq. The disadvantage now is that America is not on the ground advising and cajoling and assisting. I think the Iraqi government, whatever its constituency, will have to invest in paying Sunnis and establishing Sunni units and putting Sunnis back in the military. I'm still convinced that most Sunnis in western Iraq would prefer to align themselves with a reasonable Iraq government than with ISIS. Most of them chose ISIS because it was, in their view, the better of two bad alternatives. So all Iraq has to do is become a more appealing alternative than ISIS. That's definitely doable.

Robinson: The actual formation of the government is critical. Key portfolios have still not been filled: defense and interior. Who fills these essential positions of that government and their initial actions will be a critical indicator of whether this entire strategy is going to work.

What about the other regional players?

Robinson: The Saudi role is going to be heavily skewed toward supporting Syrian moderate opposition and training them. The three key partners in the region for training, equipping and cutting off the flow in and out of Syria are the Saudis, Turkey and Jordan.

Dassa Kaye: Jordan is particularly crucial. The (Obama) administration is going to be looking for intelligence cooperation because the Jordanians have good capabilities in that arena. Maybe they'll provide space for training of special forces. The problem is Jordan has been feeling the brunt of these conflicts. It's already hosting over a million refugees and is feeling the pressure from this population of an overburdened infrastructure, education system, etc. We see voices in parliament expressing opposition to active support for a coalition. It's a majority Sunni state. This is a very, very tough tightrope for King Abdullah to be walking.

Assurances to Americans of “no boots on the ground” has become the administration's mantra. Will America's partners on the ground be up to the task?

Robinson: This kind of partnered counterterrorism approach that the president has been talking about requires really refining how America deals with its partners. In this case, every partner is problematic. Iraqi security forces have crumbled in recent months. The Shia militias are problematic. The Sunnis could potentially turn against ISIS, but they are very wary of this new government. The Peshmurgas, the Kurdish militia, are least problematic. Finally, the Syrian opposition is terribly weak.

Connable: I'm not sure anybody has a clear understanding of who's who in Syria. Identities and loyalties shift. I don't think it's going to cripple the strategy, but it is a serious a hurdle. The absence of a clearly envisioned end state condition is important. What is it that we want this group that we're going to support to do after ISIS is defeated? The Free Syrian Army is the group we go to now. They've suffered battlefield defeats. They're politically disorganized. I'm not sure what they would do with the Syrian state if they were able to assume control.

To what extent is this an Iraq strategy?

Dassa Kaye: There is a Syria part of the strategy. ISIS would not have grown without the conditions in Syria. Maybe this is where there will be more development in the next weeks and months. How much can we achieve with air strikes? There are some things we can do unilaterally, but if you really want to defeat ISIS, you need a partner on the ground, and that would mean injecting ourselves directly in their civil war, something we have tried to avoid for many years. The strategy has to have a Syrian element, but it's more difficult.

Liepman: I think the danger the Americans in Iraq and Syria pose has been exaggerated. President Obama set a responsibly moderate tone in how we think about the threat to the U.S. There are as many as 100, but probably fewer, Americans who have gone or tried to go to Syria to fight with ISIS. The sad fact is most of those people are kids out for adventure. They've never seen an AK47 in their lives, they don't know how to survive on a vicious, bloody battlefield, and most of them will probably die in either Iraq or Syria and never come home. We've gotten a lot better at screening people coming back in. Some may get through our radar screen, but I think it's important that we see the threat right.

I think the danger the Americans in Iraq and Syria pose has been exaggerated by the media commentary and some public officials. The threat is real—and our security agencies must and have focused plenty of energy on the problem. Indeed, proportionally, we have a relatively small population of fighters in Syria and Iraq—look at the UK, other Europeans, and especially the Arab world—that's where most of the foreign fighters are coming from and where they'll go back to.