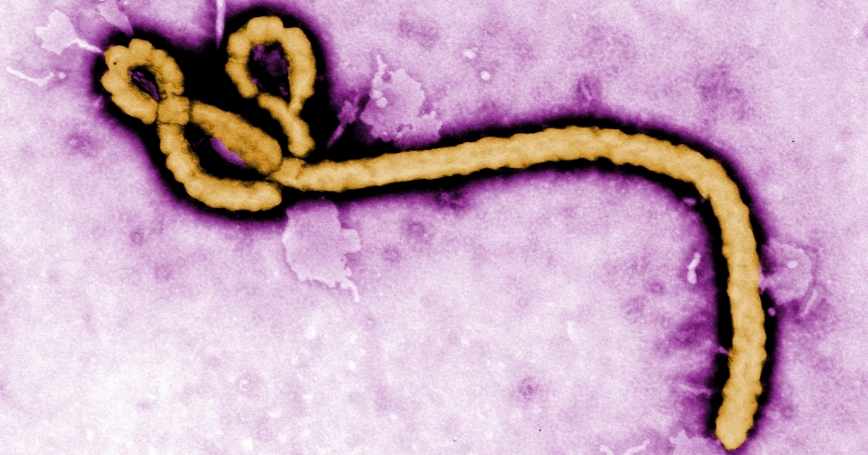 The current Ebola outbreak in West Africa is the worst in recorded history. So far, more than 3,500 cases have been reported, over half of which have resulted in death. The epidemic, which the World Health Organization has now declared a global emergency, is a sobering reminder of the challenge posed by transnational, nontraditional concerns that show no respect for sovereign borders.

Although the Centers for Disease Control and Prevention is the main U.S. federal agency charged with monitoring and responding to domestic and international pathogenic outbreaks, the intelligence community must also have in place relevant information collection and dissemination mechanisms for dealing with contingencies of this sort. After all, the rapid and uncontrolled spread of aggressive viral and bacterial strains is often a matter of national security.

Domestically, an inability to contain a sudden and widespread emergence of an exotic disease agent would, at the very least, weaken public confidence in the state's custodial function and if left unchecked — even over the short-term — could negatively impact the public's perception of government and its effectiveness.

Should widespread quarantine become necessary (as it has in West Africa), issues of human rights would invariably come into play, as would the wider question of appropriately weighing individual and collective interests. Forcibly restricting the movement and contact of those carrying, or potentially carrying, a disease could easily be interpreted as a discriminatory form of “infection stigma,” especially if those “targeted” were non-symptomatic. On the other hand, widespread contamination could generate popular pressure to seal off entire regions. Balancing these competing perceptions and demands would be a challenging task that, if mishandled, could undermine civil society.

Epidemics also have implications for U.S. interests overseas. They would necessarily threaten the welfare of any American troops deployed in or near to the site of a mass outbreak. In addition, they could undercut the viability of key partner nations and geo-strategic regions by exacerbating social and political instability, undercutting combat readiness in allied militaries, devastating economic productivity and compounding the effects of other extant sources of weakness such as famine, drought and ethno-religious hostility.

Diseases also signal the potential for bioterrorism. The deliberate large-scale release of a “hot” microbial agent such as anthrax, smallpox or highly virulent avian influenza would have devastating consequences with the potential to kill in the thousands, if not hundreds of thousands. Even small-scale releases of toxins and bacteria (salmonella, botulism) into the food supply could result in widespread panic, especially if human deaths resulted and the immediate source of the contaminant was not apparent.

All of these deleterious effects have obvious and direct ramifications for U.S. national security interests, the protection of which is the immediate priority of the intelligence community. Given this responsibility, how can bodies such as the CIA, Department of Homeland Security and Directorate of National Intelligence better equip themselves to predict, track and help manage infectious disease outbreaks?

At root, the intelligence community will have to become familiar with new operational contexts that require different analytical techniques, skills, mandates and information-handling methods. Threat assessments will need to be better grounded in scientific models that integrate the work of the medical research sector on new and re-emerging diseases. Just as important, intelligence professionals should devote greater attention to epidemiological literature as part of their regular reading diet.

Overseas monitoring activities should encompass a somewhat broader scope, focusing on considerations such as the effectiveness of national medical screening systems, prevailing social, economic, environmental and geopolitical factors that impact on disease occurrence; and governmental compliance with international health conventions and agreements. Indeed countries that do not represent an immediate military security danger may be the very ones most likely to pose a microbial risk owing to underfunded hospitals, dilapidated sanitation systems and poorly developed emergency management and containment infrastructures.

The Ebola crisis in West Africa — as well as earlier epidemics such as SARS in Southeast Asia and the more recent case of MERS in the Middle East — graphically underscores the rapidity by which infectious diseases can spread from an initial point of origin to take on wider regional or even global relevance. The intelligence community is well placed to help “blunt” the insidious effects that can stem from aggressive pathogenic outbreaks — but only if it is willing to adapt to a challenge that, unlike more traditional foes, emanates as a faceless threat without a pre-defined enemy.

This commentary originally appeared on U.S. News & World Report on September 10, 2014. Commentary gives RAND researchers a platform to convey insights based on their professional expertise and often on their peer-reviewed research and analysis.