Compromised Confidentiality in the Military Is Harmful 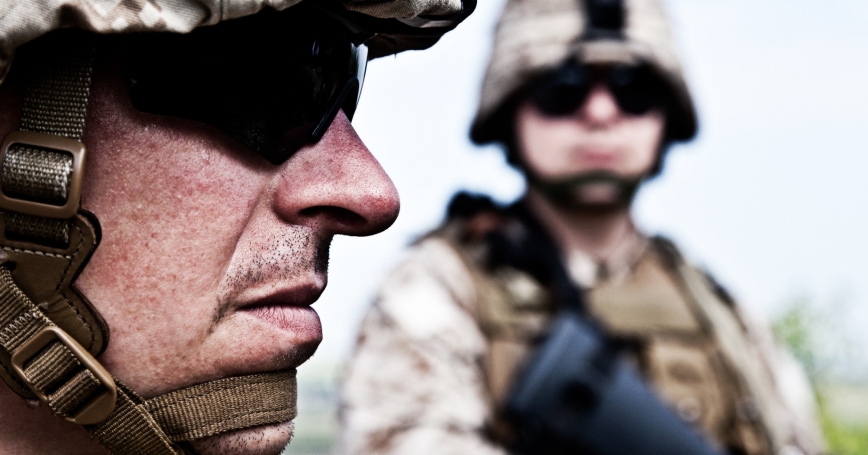 Confidentiality is the foundation of effective mental health care. Few clinicians or patients would debate the point. Our patients' problems are deeply personal and private. Wherever we as mental health clinicians practice, our offices become the pain-strewn battlefields in prolonged wars of attrition fought against enormous personal hardships.

In civilian practice, the rules of confidential engagement in these wars against mental injury and adversity—while containing important limits—are quite clear. And clear they must be; otherwise few if any of our patients would entrust us with a privileged place in their emotional foxholes. Nor should they, because too much is at stake—invisible but potentially mortal wounds, ugly confrontations, embarrassing angst, crippling self-doubt, and even future insurability. The privacy and security of our offices—the therapeutic bunkers within which our wounded patient-warriors hunker down against an unseen enemy—is the fundamental first barricade between private sufferings and the potential for public humiliation.

Consider the following situations from the patient's perspective:

For our men and women in uniform, these seemingly absurd vignettes are more than mere fantasy. The threat and reality of analogous situations play out routinely in the United States Armed Forces. Over the past decade, there has been increasing discussion of stigma around mental health care in the military, about the troops' reluctance to seek assistance, and about the military's culture of machismo. The not-so-subtle effect of this discourse is to suggest that we expect our men and women in uniform to dig deep and take responsibility. If they can conquer the fear of battle, then isn't it time they conquer their fear of mental health treatment?

There is no mistaking that stigma exists in the military just as it does across American society. But let's be clear; the problem in the military is fundamentally different. The problem in the military boils down to the jarring and institutionalized military failure to place adequate boundaries between the workplace and the therapist's office. The state of the situation—including chapter and verse of the relevant military regulations—is thoroughly reviewed in Army Major Jennifer A. Neuhauser's Creighton Law Review article, “Lives of Quiet Desperation: The Conflict Between Military Necessity and Confidentiality.” (PDF) Neuhauser lays out her case for confidentiality, a case that is fair, thoughtful, persuasive, and dispassionately argued.

Here, I offer readers only a few of Neuhauser's central points, while encouraging them to read the article for themselves. She starts with a review of the Health Insurance Portability and Accountability Act, known to us as HIPAA, and moves from there to discussion of the analogous Department of Defense regulation DoD6925.18-4 (PDF), which in Neuhauser's words (PDF) “provides a general prohibition on disclosure or use of identifiable health information of individuals except for 'specifically permitted purposes.'” She continues to explain, quoting from DoD6025.18-R (PDF), how, while ostensibly protecting the service member's privacy, the regulation then proceeds to virtually eviscerate these protections by allowing the disclosure of PHI (Protected Health Information) “…for activities deemed necessary by the appropriate military command authorities to assure the proper execution of the military mission” without the consent of the military member.

Neuhauser writes, “These activities include determining both the service member's fitness for duty and fitness to perform any particular mission, assignment, order or duty, and 'to carry out any other activity necessary to the proper execution of the mission of the Armed Forces.'” When reviewing the Army version of the regulation, Army Regulation 40-66 (PDF), Neuhauser notes that “exceptions swallow the rule” for commanders seeking PHI on soldiers “to ensure the proper execution of their mission, whether it be turning wrenches or 'kicking in doors.'” Neuhauser quotes an executive director of the National Institute of Military Justice to say that the exceptions are so overbroad that “you could drive a truck through them.”

Neuhauser points out that while there are penalties for violation of these regulations, they are all but unenforceable. She observes, “Issues may arise when a commander or executive officer pressures a brigade surgeon to access psychotherapy notes, such as when the commander wants to know if the soldier is malingering to get out of duty or deployment … Though the vast majority of healthcare practitioners are undoubtedly ethical, the potential for abuse is present.” To fully appreciate the complexity of the situation she describes, readers should know that the brigade surgeon and the soldier whose medical records are sought might both work for the commander doing the pressuring.

Perhaps most challenging for psychiatrists and other mental health professionals will be Neuhauser's observation that while current regulations severely limit the confidentiality of mental health records—far outstripping conventional civilian limits on confidentiality—military chaplains enjoy essentially absolute confidentiality in their discussions with military members, including when they are engaged in pastoral counseling. Attorney-client privilege in the military approximates civilian standards.

I have previously called for the institution of civilian standards of mental health confidentiality in the military. Neuhauser's article further cements my views in this area. Given that rates of military suicide have risen to unprecedented levels, surpassing civilian suicide rates for the first time in modern American history, the burden of empirical proof in support of weak military mental health confidentiality standards is squarely on the military. If the military must, to use Neuhauser's expression, “eviscerate” civilian confidentiality standards—ostensibly for the purpose of good military order and a high state of readiness—then it's time to do the science to ascertain the empirical impact of these policies.

Dr. Engel is senior health scientist at the RAND Corporation in Washington, DC. His last military assignment before retiring as an Army colonel was Associate Chair for Research, Uniformed Services University of the Health Sciences, department of psychiatry, in Bethesda, MD.

This commentary originally appeared on Psychiatric Times on October 22, 2014. Commentary gives RAND researchers a platform to convey insights based on their professional expertise and often on their peer-reviewed research and analysis.