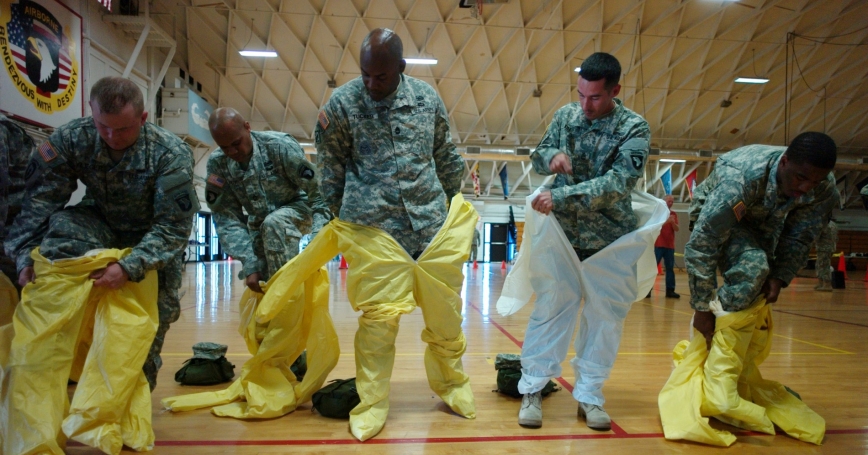 U.S. Army soldiers, earmarked for the fight against Ebola, put on protective suits during training before their deployment to West Africa, October 9, 2014

President Barack Obama's Operation United Assistance, which includes the deployment of 3,000 military personnel to West Africa to respond to the Ebola crisis, represents a dramatic push on the part of the U.S. to curb an epidemic that threatens to reach appalling proportions and destabilize an entire region. It is also a welcome recognition of the range of missions the U.S. military is increasingly able to tackle, particularly in disaster-management assistance.

The remainder of this commentary is available at modernhealthcare.com.

This commentary originally appeared on Modern Healthcare on October 9, 2014. Commentary gives RAND researchers a platform to convey insights based on their professional expertise and often on their peer-reviewed research and analysis.