Does ISIL Represent a Threat to the United States? 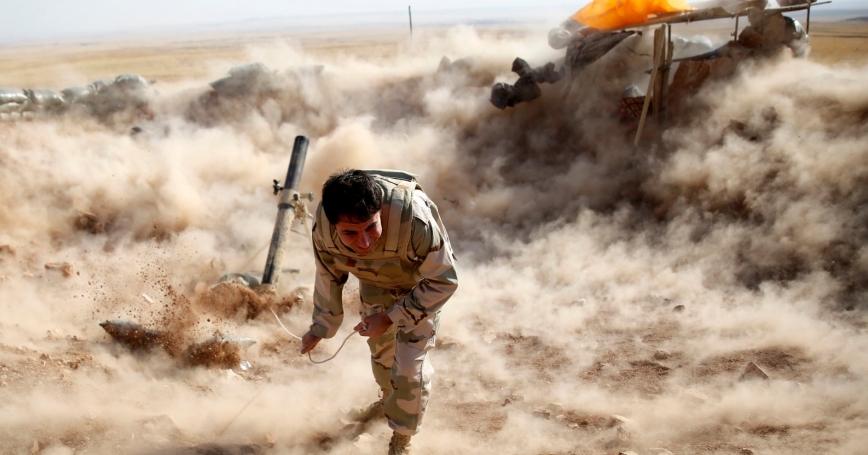 The answer to this question is rather straightforward. The Islamic State of Iraq and the Levant, know as ISIL or ISIS, is a threat to the United States not just because it is a terrorist organization but because it is, or aspires to be, a state and has already advanced far toward that goal.

Terrorists can operate in many environments. Al Qaeda cells have existed in hostile states with efficient law enforcement capabilities, like the United States or Germany. Terrorist organizations have a much easier time operating in states with low capability, even when those states are hostile to them. Examples would be Yemen or Nigeria. Terrorists have an easier time operating in ungoverned space, where little or no state apparatus exists, such as Somalia. But an even better place for terrorists to locate their home base is in a state that is sympathetic to their purposes. And the best place of all would be a state the terrorists actually controlled. In that environment they would not only be free of state interference, they would actually be able to employ the attributes of sovereignty to their purposes—the police, the security services, the banking system, the diplomatic establishment. Imagine the difficulty of dealing with terrorists with diplomatic immunity.

Al Qaeda achieved something close to this ideal in pre-9/11 Afghanistan. There, al Qaeda operatives could come and go at will. They could run training camps, recruit, raise and transfer funds, plan and control terror attacks half a world away. It is to deny al Qaeda this freedom of action that we have kept American forces in Afghanistan for 13 years, during which al Qaeda has not been able to mount another attack on the American homeland.

Some states support terrorists and some terrorists control small parcels of territory, but so far no terrorist organization governs an entire state. ISIL aspires to govern Iraq, Syria, Jordan, Lebanon and probably Israel. It already does govern large swaths of Iraq and Syria. It also has longer-term aspirations to reunify the entire Muslim world under its banner, as did al Qaeda. The difference between the two organizations is that core al Qaeda never actually controlled territory, nor did it aspire to statehood. ISIL does both.

In 1990, the United States intervened massively in the Middle East to deal with a far less comprehensive threat, when Saddam Hussein seized Kuwait. Some Americans today believe that we should have finished Saddam off in 1990, but almost no one argues that it was a mistake to have liberated Kuwait. Yet, in 1990, Saddam presented no threat to the United States, indeed he had no desire to threaten the United States. The United States drove him out of Kuwait because his aggression threatened the stability of an economically and geopolitically important region, and represented a challenge to an international order based on the sovereignty and territorial integrity of its member states.

If one believes that it was a mistake to liberate Kuwait in 1990 and a mistake to overthrow the Taliban in 2001, then one can argue with consistency that it may also be a mistake to form an international coalition to prevent the formation of an aggressive, expansionist, terrorist-run state in the midst of the Arab world. There probably is a small core of Americans who oppose military interventions anywhere under almost any circumstances. But not most. There are very legitimate debates about the conduct of those two interventions and their aftermath, but not much controversy regarding their basic necessity. Similarly there are legitimate questions about how to best go about preventing ISIL from consolidating its control over Iraq and Levant, but this is very different from arguing that ISIL is not a threat to the United States and that we therefore should stand aside as it does so.

Dobbins, a veteran diplomat who most recently served as the State Department's special representative for Afghanistan and Pakistan, is a senior fellow at the nonprofit, nonpartisan RAND Corporation.

This commentary originally appeared on The Hill on October 3, 2014. Commentary gives RAND researchers a platform to convey insights based on their professional expertise and often on their peer-reviewed research and analysis.