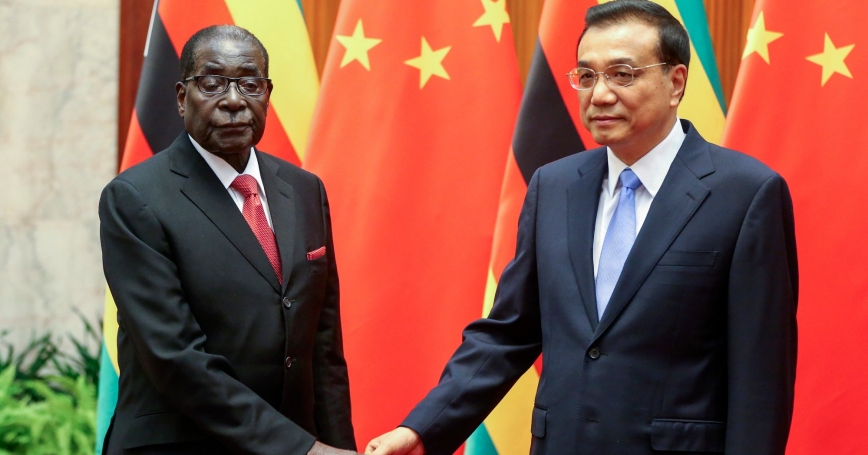 Hanauer and Morris took a comprehensive look at Chinese and African objectives in the political and economic spheres and the means by which they work to achieve their goals. They examined the reactions of African governments and populations to Chinese engagement and assessed the ways in which China adjusted its policies to accommodate these often-hostile responses. Finally, they considered whether the United States and China are — as many observers believe — competing for influence, access, and resources in Africa.

Morris explained that China has four overarching strategic interests in Africa: access to natural resources, particularly oil and gas; markets for Chinese manufactured goods; political legitimacy, particularly support for Beijing's “One China” policy; and sufficient stability and security to enable it to continue its economic endeavors. 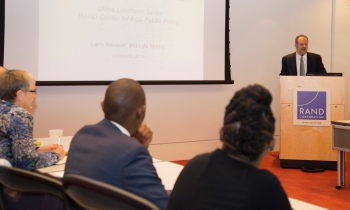 According to Hanauer, African governments look to China to provide political recognition and legitimacy and to contribute to their economic development through aid, investment, infrastructure development, and trade. African officials overwhelmingly view China's role in Africa positively, welcoming China's heavy emphasis on government-to-government contracts with few, if any, strings attached. Labor unions, civil society groups, and other segments of African societies criticize Chinese enterprises for poor labor conditions, unsustainable environmental practices, and job displacement. In some countries, resentment at Chinese business practices has led to popular protests and violence against Chinese businessmen and migrants.

Realizing that these negative consequences of Chinese engagement must be addressed, Morris said, Beijing has adjusted its policies to assuage Africans' concerns and put the Sino-African relationship on a more balanced footing. These modifications include a greater emphasis on “sustainability” in the economic and trade relationship; the promotion of Chinese soft power, culture, and people-to-people exchanges; and proactive engagement in the security and stability of conflict-prone areas in Africa.

While China's “no strings attached” approach may undermine U.S. efforts to promote transparency and good governance, Hanauer argued, Chinese engagement does not fundamentally undermine U.S. economic and political goals on the continent. U.S. and Chinese approaches and interests do not inherently contradict each other, and U.S. officials, including Presidents George W. Bush and Barack Obama, have denied that Washington and Beijing are engaged in a “zero sum” competition for influence and access in Africa. In short, Hanauer and Morris argued, China is not necessarily a strategic “threat” to U.S. interests in Africa.

Larry Hanauer is a senior international policy analyst and Lyle Morris is a project associate at the nonprofit, nonpartisan RAND Corporation.