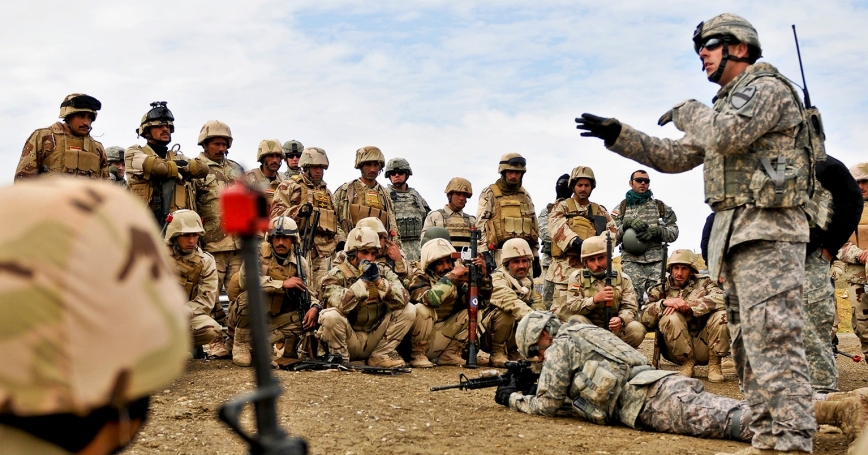 With the decision to combat the Islamic State in Iraq and the Levant (ISIL), the United States is once again fighting an insurgency. The United States is loath to admit this fact, preferring to label its actions somewhat differently—as a “comprehensive and sustained counterterrorism strategy.” And yet the fact remains that ISIL—with an organization that numbers tens of thousands strong, controls territory, mobilizes the population, and seeks to overthrow and replace a constituted government—fits most definitions (PDF) of an insurgency. Though it also behaves at times like a terrorist group, it is nonetheless an insurgency. The challenge facing the United States is what to do about it.

The most prominent strategy for how to counter an insurgency is “to win hearts and minds.” Popularly attributed to Field Marshal Sir Gerald Templer's Malayan Emergency campaign against communist insurgents shortly after World War II, the term actually dates at least as far back as the American Revolution and has regularly been used to describe strategies against insurgencies ever since. Indeed, the term even made an appearance in President Barack Obama's recent United Nations speech.

“Hearts and minds” as a strategy rests on the assumption that any insurgency's lifeblood is its access to the population, who provide it with fighters, resources, and intelligence: in sum, everything the insurgency needs to survive and thrive. Combating an insurgency, therefore, requires wooing the population—the majority of whom are believed to be neutral or at least passive—away from the insurgency and over to the government side, often by providing political and economic incentives. Once the battle for popular opinion is won, they will provide the government with the information it needs to effectively prosecute these wars and the insurgency, starved of support, will wither away....

A multiple-tour Iraq War veteran, Raphael S. Cohen is now an associate political scientist at the nonprofit, nonpartisan RAND Corporation. This article is adapted from a longer piece titled “Just How Important Are ‘Hearts and Minds' Anyway? Counterinsurgency Goes to the Polls,” which was published in the most recent edition of the Journal of Strategic Studies.

This commentary originally appeared on Lawfare on October 12, 2014. Commentary gives RAND researchers a platform to convey insights based on their professional expertise and often on their peer-reviewed research and analysis.