The Future Lies in Afghanistan's Hands 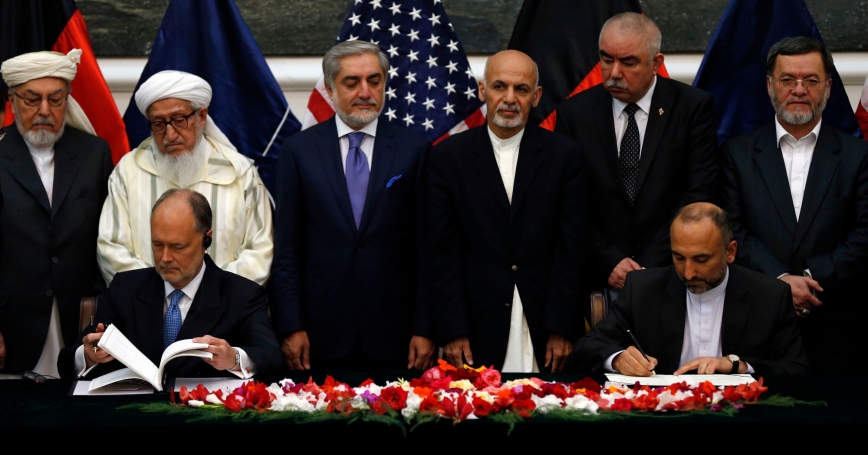 Sitting in a small compound in Kabul on Monday, we waited. Waited for the sound of explosions and reports of attacks on the day of Afghanistan's first transfer of presidential power in nearly 13 years. Though international media did not focus on the security incidents that day, there were several, including an attack near the Kabul airport that killed four and wounded six, and another in President Ashraf Ghani Ahmadzai's political stronghold of Paktia that killed 16. It was easy for the international community to focus on the positives that day in large part because these attacks were not directed at coalition forces but rather at Afghanistan's own security forces.

Afghanistan's primary struggle today is not against the Taliban, but rather a struggle to hold together a government that, with every setback, threatens to fracture. Complex political alliances falling roughly along ethnic lines divide the Pashtun East and South from the Tajik North and West. Tajik loyalists have largely controlled the army and police, but Pashtun influence is thought to run stronger in the intelligence service. Throughout the government, corruption and patronage have eaten away at organizational capacity and destroyed the faith of the people in their leaders. A vast and vigorous portion of Afghan society functions beneath and around the political classes, and it wants to move past this history of corruption and politicking.

When Afghans voted, many did so not in defiance of the Taliban but in defiance of apathy, in the hope that their vote might move the government away from bickering and dishonesty. When the election became mired in corruption and backroom deals, the possibility of fracture and a return to civil war seemed horribly real. This then, is the central campaign for Afghanistan's future; its battlefields will be political and economic. To be sure, the Taliban still have weight in this struggle—their vote in Afghanistan's future far outweighs their numbers—and thus the bilateral security agreement and status of forces agreement are not immaterial.

To remain relevant, though, the United States and its allies should think about how their presence affects the societal struggle unfolding in Afghanistan. Continued U.S. assistance to the security forces decreases the risk that they could fracture and create spontaneous armed groups to support political factions. Because Ghani Ahmadzai and his political rival, now chief executive, Abdullah Abdullah, have very different views of the role of the military and the future of the Taliban, there is also potential for the international presence to be divisive or used to bolster some factions over others.

With the signing of these international agreements, there is a temptation to think that the United States and coalition strategies in Afghanistan are set, and no further attention is required. But as with all military involvement, security force assistance is a thinking person's game with inherent political, economic and social impacts. These must be adeptly managed so as not to add difficulty to the task of managing Afghanistan's complex balance. This week has seen a resurgence of hope that a bright future is possible, but that future will ultimately be determined by—and only by—the Afghans.

Rebecca Zimmerman is conducting field research in Afghanistan as an associate policy analyst at the nonprofit, nonpartisan RAND Corporation. She is also a doctoral candidate in strategic studies at Johns Hopkins University's School of Advanced International Studies and a Truman National Security Project fellow.

This commentary originally appeared on U.S. News & World Report on October 3, 2014. Commentary gives RAND researchers a platform to convey insights based on their professional expertise and often on their peer-reviewed research and analysis.