The Not-So-Full-Monti: Will More 'Europe' Lead to More Trade in the Internal Market? 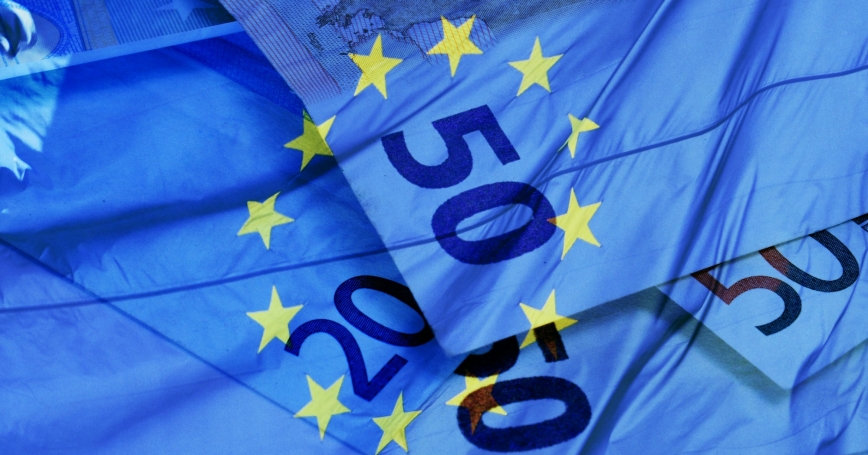 by Stijn Hoorens and Marco Hafner

The European project was initiated when Europe was left war-struck at the end of the first half of the 20th century. The motivations were political, but also economic. The principle of enabling goods, alongside with people and capital, to move freely in Europe was mentioned for the first time in the Rome Treaty of 1957. The removal of barriers to trade is based on the premise that economic integration reduces firms' market power and increases productivity via the removal of non-tariff barriers. A European Single Market was expected to promote intra-European trade, increase competition, create more jobs and make Europe more attractive to foreign direct investment (FDI).

A few years before the final creation of the Single Market, a report led by Paolo Cecchini, then the deputy director for internal markets and industrial affairs at the Commission estimated the “cost of non-Europe”: what benefits are we missing out on, due to the incomplete implementation of the single market? The report argued that the potential economic gain was as large as €200 billion (in 1988 prices), and would add about 5 per cent to the European Community's GDP (then 12 Member States) — potentially even up to 6.5 per cent.

Between 1986 and 1992, more than 280 pieces of legislation were passed to facilitate the opening up of national markets: in several fields, a common EU framework was adopted, which reduced some of the costs associated with export for EU companies. The single market was formally created in 1993, allowing the free circulation of people, capital, and goods. It is estimated that in its first decade of existence, this has contributed to the creation of 2.5 million jobs, and has created more than €800 billion in terms of wealth. By the time of its 20th anniversary at the end of 2012, the single market consisted of 27 countries, and over 500 million people.

While the single market has allowed greater competition and boosted trade between Member States, concerns have been formulated in regard to its incomplete implementation to date. Some associations and experts have highlighted that technical difficulties remain, especially when it comes to public procurement throughout the EU for certain types of services, notably telecoms, which remain fragmented into national rather than truly pan-European markets.

Sources of untapped potential for the internal market

We identify three types of barriers to the internal market that may potentially be addressed by policy interventions. First of all, there have been delays in the adoption of harmonised rules (directives or regulations) in Member States' national legal frameworks. Secondly, infringements of internal market regulations may hamper further integration. These infringements are mostly due to the incorrect application of EU legislative documents by Member States. Thirdly, despite regulations to facilitate international transactions, studies suggest market fragmentation can also be due to national and regional tastes and preferences: the existence of home bias. Inherited norms, cultural preferences as well as differences in economic and political organisational systems partly explain remaining difficulties in reaching full harmonisation and subsequent economic integration in Europe.

These barriers may apply more or less to specific markets, types of activities or firms. For example, some economic activities tend to be much more localised than others, especially when characterised by a dense network of Small and Medium Enterprises (SMEs).

Quantifying barriers to the free movement of goods

The European Parliament asked us to analyse the current state of play of the European free movement of goods and try to quantify untapped potential due to a lack of full integration for the EU economy as a whole.

To this end, we conducted an econometric analysis to estimate the potential benefits of more integration (lower trade barriers), using an econometric model which analyses the correlation between GDP, location and trade barriers (as independent variables) and bilateral trade flows (as the dependent variable) to investigate the potential benefits of lower trade barriers for trade flows, growth and job creation. With the focus on the free movement of goods, we analysed the trade distortion effects of existing barriers to trade and the potential economic benefits that could accrue with the removal thereof. Using a so-called gravity model, we predicted how much larger intra-EU merchandise trade volumes would be, if existing barriers to trade within the internal market were removed. Furthermore, in order to delineate sector-specific gaps and barriers hindering full economic integration that are harder to quantify, we looked into two specific sectors of the European economy, the construction materials sector and the medical devices sectors.

Doing so, we acknowledge that this does not take full account of the direct and indirect costs of removing the barriers to trade in the internal market. These costs — such as those borne by firms to comply with internal market regulation — need to be considered when conducting a full assessment of the effects of further economic integration.

What would happen if we could remove the remaining barriers in the internal market?

Our findings suggest that even though the internal market for goods is at a relatively advanced stage, there remains an untapped potential in the longer term. They confirm that more than twenty years after the establishment of the internal market, barriers and regulatory obstacles continue to hinder the free movement of goods in the EU. Our assessment identified two main barriers of trade: barriers to FDI and non-tariff barriers (including lack of harmonised rules and differential treatment of foreign suppliers). We estimate that the removal of these trade barriers has an intra-EU trade creation potential of about a value between €183 billion and €269 billion.

The latter amount follows the most optimistic scenario, which assumes that the barriers to FDI and NTBs in the internal market were reduced to zero. This should be considered as an upper bound estimate as it is unlikely that all barriers will ever be completely removed. And in practice, this would not happen overnight, which is why these potential benefits would accrue over a longer period.

The potential for the internal market for services is likely to be higher. While the share of services sectors in intra-EU trade is only 20 per cent, they generate about 70 per cent of value added in the European economy. A similar study (PDF) suggests that the benefits of more integration of sectors — such as transport, security, utilities or health services, for instance — could eventually boost EU GDP with 338 to 637 billion euro.

The effects are not uniform across Member States however. The results suggest that removal of barriers to FDI may lead to an increase of intra-EU exports in the Baltic States and Slovenia by almost 4 per cent. Similarly, the Baltic States and Croatia are among the Member States that would benefit most from the removal of NTBs. Neither will these benefits distribute evenly across firms. Smaller firms will more likely benefit from the removal of NTBs as the burden of compliance with various regulatory requirements in the importing Member State is bigger than for larger firms.

But what about the costs of further integration?

Sector representatives confirm that market fragmentation is still a major issue for firms. The complexity of existing product market regulations and a lack of harmonisation deter economic operators from doing business in other countries and represents additional costs for them. The existence of home bias in sectors, such as construction materials, may explain the localisation of economic activities within national borders in this sector.

With these estimates, we do not take full account of the direct and indirect costs of removing the barriers to trade in the internal market. In order to highlight the untapped potential of the internal market it is vital to discuss the potential effects on stakeholders, including companies, employees and consumers. These costs, such as those borne by firms to comply with internal market regulation, need to be considered when conducting a full assessment of the effects of further economic integration. In our quantitative analysis did not address the costs of removing the trade barriers, but our sector case studies provided some indications.

The costs of more economic integration will thus not be felt equally in different sectors. Trade theory predicts that only larger firms engage in foreign direct investment. Therefore, we expect that the removal of barriers to FDI will especially benefit larger firms. Larger firms are more likely engaging in FDI and therefore will increase the propensity to invest abroad disproportionally for larger, higher productive firms.

In contrast, we expect that the removal of NTBs would more likely benefit SMEs due to a better harmonisation of product regulations across the EU. As exporting activity for firms is associated with fixed costs of complying with regulatory requirements in the destination country, a harmonised regulatory framework would decrease costs for SMEs and foster their cross-border trade. Nevertheless, it is important to note that these costs of compliance with internal market regulation will vary between firms, especially for firms that operate predominantly on the domestic market, as they cannot spread the fixed costs over a higher scale of production or sales.

More jobs, but is that enough?

While there will always be winners and losers of further economic integration, the effects will most likely be positive at an aggregate level. More exports will likely boost GDP and have a positive impact on the creation of jobs.

Using existing employment measures with regard to exports, we estimate that the removal of barriers to FDI and NTBs potentially increases total employment by about 2.12 per cent of total EU employment. But it is important to bear in mind that these impacts on employment are based on strong assumptions, namely that extra-EU trade employment effects are similar to intra-EU employment effects. Finally, trade creation with the internal market will increase the overall diversity of products available for consumers in a particular country, potentially at lower prices and therefore especially creating benefits for consumers.

While the numbers add up at EU level, the question remains whether the aggregate effect weighs up against the differential effect on different Member States, economic sectors, firms, local economies, consumer prices and eventually individual jobs and income.

Stijn Hoorens is associate director of RAND Europe, the head of RAND's Brussels Office, and faculty member at the Pardee RAND Graduate School. Marco Hafner is an economist at RAND Europe.

This commentary originally appeared on E!Sharp on October 28, 2014. Commentary gives RAND researchers a platform to convey insights based on their professional expertise and often on their peer-reviewed research and analysis.