The Upside of Lower Oil Prices 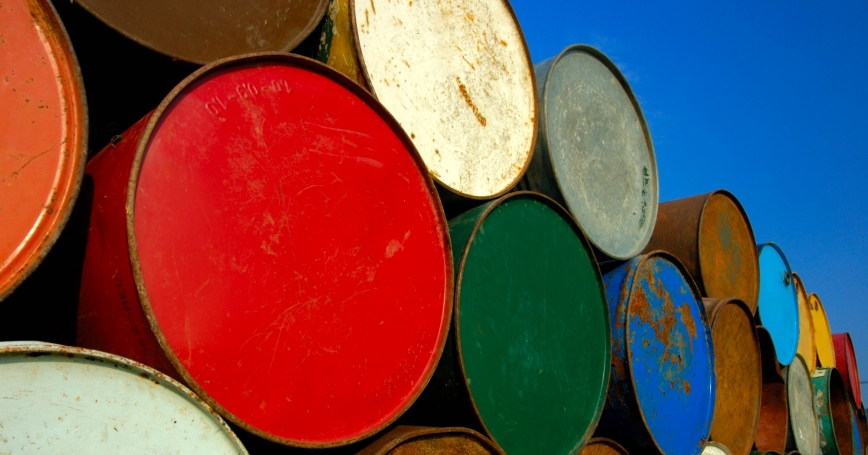 Many of the world's most serious security threats are enabled—directly or indirectly—by revenues from the high oil prices (about $100 per barrel) prevalent in world markets in recent years. If these prices were reduced substantially (e.g., by 20-30 percent), the liquidity that fuels the threats would probably shrink, as would the threats themselves.

Moreover, several feasible measures can contribute to lower oil prices, and these measures may be abetted by other trends that are independently moving in the same direction. Consequently, reducing oil prices should be a prominent part of strategies designed to disable the aforementioned threats.

The driving forces behind these threats are many and complex, rooted in ethnic, religious, political, ideological, cultural, and historical conflicts. Neither energy issues in general nor oil prices in particular are among the drivers of the threats. Revenues from oil exports are enablers of the threats, not their drivers.

Since the start of this century, oil prices have tripled: The Dubai spot price of crude oil was $35 per barrel in 2000; during the period from 2011 to early 2014, prices varied between $106 and $109 per barrel. How do these sharply increased oil prices affect each of the threats?

Iran's oil exports generate revenue of $90 billion per year, comprising about 35 percent of Iran's GDP. Iran's officially reported defense spending is 4.1 percent of GDP, and spending on the country's Atomic Energy Organization may be as large or larger. Reducing oil prices by 20-30 percent would reduce Iran's GDP by 7 percent. Although nuclear development and defense spending are among Iran's priorities, this drop in GDP would seriously constrain these priorities. It would impose an additional burden of internal frictions and squabbles within Iran's opaque decision-making process, quite apart from whether current negotiations to curtail enrichment succeed or fail.

Funding for ISIS extremists appears ample and diversified. Their extensive funding network includes oil properties seized in eastern Syria and along the Syrian border with Turkey, plus individual solicitations—some voluntary, others perhaps coerced—from wealthy donors in Kuwait, Saudi Arabia, and the Gulf emirates.

Suppose daily oil revenues accruing to ISIS are between $2 million and $5 million (estimates in the press have ranged between $1 million and $6 million); also, assume that ISIS fighters number between 10,000 and 30,000 (mainly from Arab countries, but also including hundreds from Europe, the United States, and other non-Arab countries). Suppose further that these revenues are mainly used to pay and sustain ISIS fighters, while other ISIS operating costs and equipment are either acquired in-kind (from stocks left by fragmented Iraqi units) or defrayed from the other revenue sources mentioned above. These revenues would easily support the reported payments of $1,000 per month to ISIS fighters (per the king of Jordan)—many times higher than the corresponding opportunity-wage in their homelands.

The main funding for Hamas's rockets and tunnels threatening Israel is provided by Iran, with equipment supplied by both Russia and Iran. Hamas also gets political and economic support from Qatar and Turkey. Consequently, the effect of lower oil prices in constraining Iran's bomb development would probably limit Hamas's threat to Israel, as well.

Russia's funding and equipping of thousands of separatists in east Ukraine has been similarly enabled by abundant oil revenues. Russia's crude oil production (second-largest in the world) rose in 2013 for the fifth consecutive year. Its daily oil exports are the world's second-largest (after Saudi Arabia), estimated at 5 million barrels in 2014. Annual oil export revenues of $180 billion represent 8.2 percent of Russia's GDP, nearly three times its officially reported defense budget. Sharply lower oil prices would impose serious constraints on Russia's willingness and ability to pursue its aggressive threat to Ukraine.

Exogenous circumstances and trends are moving toward lower world oil prices. In recent months Dubai's spot-price per barrel decreased from more than $100 to the $80s. These trends can be abetted by U.S. policies. Horizontal drilling and hydraulic fracturing in the United States represent a powerful technology that, by substantially boosting U.S. shale oil production, is changing the U.S. position from the largest or second-largest global oil importer, to that of a significant—perhaps fourth- or fifth-largest—global exporter. Chevron and Exxon, as well as BP and Total, among the major oil firms, can further boost oil supplies if they apply this technology to known shale deposits in Argentina, Algeria, China, and elsewhere, with minimal environmental side-effects.

Global oil supplies are also likely to expand as a consequence of China's substantial foreign assistance and investment programs, which have concentrated on oil and gas projects in many of the 92 emerging-market countries receiving Chinese assistance. The United States might even offer to cooperate with China and some of the recipient countries in which the United States also has aid programs to accelerate the pace of these projects and increase their yields.

Movement toward sharply lower oil prices should be a prominent component of any strategy directed toward disabling many of the world's most disruptive threats—“disabling” would ensue because the prevailing high prices are direct or indirect enablers of the threats. However, the strategy doesn't apply to all threats: Serious security threats in the East China Sea and the South China Sea are unlikely to be affected by lower oil prices. While lower oil prices are no panacea in the security realm, it's worth noting that they will have beneficial side-effects in other realms: boosting economic growth by lowering production costs and stimulating investment and consumer spending.

Charles Wolf, Jr. holds the distinguished chair in international economics at the nonprofit, nonpartisan RAND Corporation and is a senior research fellow at Stanford's Hoover Institution.

This commentary originally appeared on The Weekly Standard on October 17, 2014. Commentary gives RAND researchers a platform to convey insights based on their professional expertise and often on their peer-reviewed research and analysis.