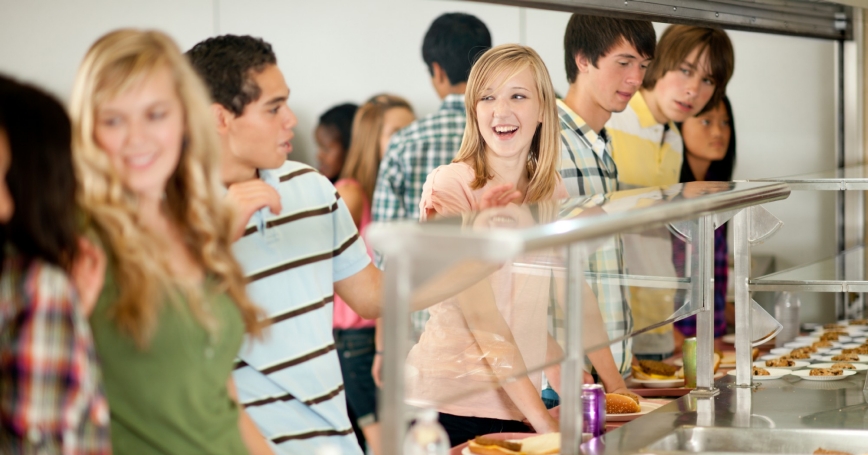 In a laudable commitment to support healthy eating, sustainable agriculture and food security worldwide, University of California President Janet Napolitano announced this summer the university's Global Food Initiative. Using the resources of its ten campuses, its Division of Agriculture and Natural Resources and the Lawrence Berkeley National Laboratory, UC is well positioned to take on the challenge of seeking ways to help the billion people who go to bed hungry each night.

At the same time, the university system could also be addressing a pressing issue closer to home. Across America, food problems persist — more than one-third of adults and 17 percent of youngsters aged 2 to 19 are obese — and the University of California offers a ready-made laboratory to examine how changing the food environment could affect dietary choices and weight gain.

Undergraduate students, studies have shown, are in the midst of four years of weight gain. Most students gain an average of eight pounds during their four-year stints in college. These young adults experience major changes in their food environment, including all-you-can-eat food lines, vending machines offering high-calorie, low-nutrition options, a dormitory lifestyle of late-nights combined with heavy snacking that can include beer and alcohol, and the freedom to choose what, when and how much to eat, perhaps for the first time in their lives. They've moved from the traditional family's three squares a day to a world of excess that's often hard to recognize, let alone resist.

Many of the nation's 21 million college students are getting off to a bad nutritional start, some of them hardly noticing as they hit the books that they are starting down the road to overweight and obesity.

But if today's college food environment facilitates weight gain, aspects of that environment could be changed to eliminate weight gain. With 10 campuses and 200,000 students, UC offers a natural setting for experiments to identify successful approaches to maintaining healthy weight. Those approaches could then be duplicated in broader settings.

We need to know what effect small changes in portion sizes, available variety of foods, pricing, food placement and presentation, hours of services, and regulations governing where and when people may eat have on how much weight they gain.

Already, we have the natural setting to compare whether students fare better with “a la carte” food plans, like those offered at UC San Diego, than students opting for “all you can eat” food plans like those at UCLA. In addition, the UC system could experiment with prohibiting eating during class, or removing junk food and sugar-sweetened beverages from campus vending machines. Changes could be randomized across campuses, enabling researchers to pinpoint the policies that make the biggest differences.

Asking the UC system and their more than 200,000 students to help come up with answers is consistent with the UC research mission. Experimenting with changes to the food environment and documenting their impact on diet and weight gain would accelerate progress on this national problem not just for students, but for all Americans.

Deborah Cohen is a senior natural scientist at the RAND Corporation.

This commentary originally appeared on The Orange County Register on October 30, 2014. Commentary gives RAND researchers a platform to convey insights based on their professional expertise and often on their peer-reviewed research and analysis.