Voters Give Republicans an Edge in Senate Races, House Too Close to Call 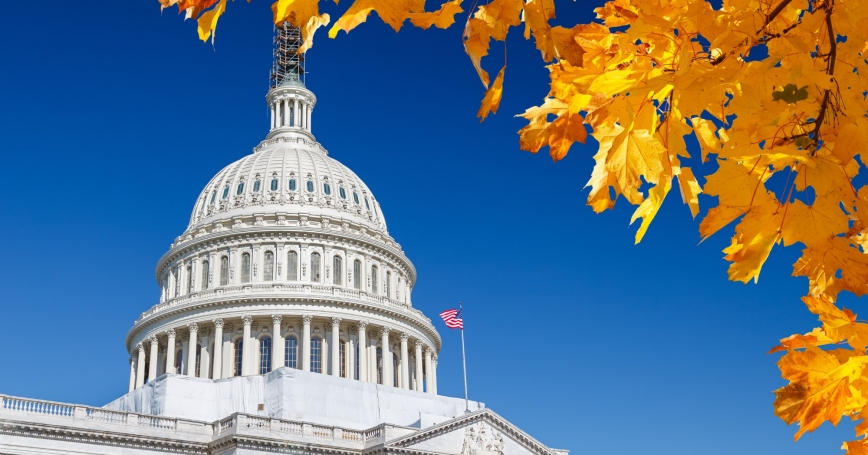 In our continuing series, RAND is conducting surveys leading up to the midterm elections in November. In addition to asking people about their voting intentions, we're asking about their beliefs and opinions about some of the nation's most pressing issues.

Predicting Winners in the House and Senate

According to the new RAND American Life Panel (ALP) data, significantly more (five percent) respondents anticipate that Republicans will take the Senate for their state compared to those who anticipate that Democrats will, while there is not a clear difference in opinion regarding the race for the House.

We asked the following question of respondents:

What do you think is the percent chance that each of the candidates will win in the election?

We ask respondents about likely winners because previous research (PDF) has suggested that asking people who is likely to win an election is a better predictor of the results than asking who they will vote for. These results further confirm our findings from last week that the predicted results for the House of Representatives are too close to call.

The numbers presented above use results from a RAND ALP survey conducted from 12:01AM Sunday Oct. 5 to 11:59PM Oct. 11 and included 2,752 adult respondents.

Voter turnout during midterm elections is often less than 50 percent. While many get excited about presidential elections, House, Senate, and local elections garner less excitement. Furthermore, if potential voters expect the election to be a landslide, they may not be inclined to participate. We use responses from the question above about the expected outcome of the elections, respondent political party affiliation, and their self-reported probability of voting to assess who is likely to turnout on Election Day.

Figure 2 presents the mean reported probability of voting by whether respondents view their district leaning towards Democrats or Republicans and by the respondent's own party affiliation. The probability of voting is based on survey responses from our first survey and is detailed in our methodology report. We used responses from the question above, about whether the Democratic candidate or the Republican candidate will win the House election, to identify whether respondents believed they lived in a district that was Democratic-leaning (60 percent or more likely that a Democrat would win that district), Republican-leaning (60 percent or more likely that a Republican would win), or a divided district with no clear leaning (the rest) – giving roughly a third in each category. And we used respondents' self-reported political affiliation: Democrat or Republican, or Independent and Other.

Surprisingly, overall voter turnout is anticipated to be lowest in the divided districts; respondents in divided districts reported a voting probability of 65 percent, while respondents in Democratic-leaning districts reported a probability of 71.5 percent, and a probability of 79 percent in Republican-leaning districts. Each of these turnouts is significantly different from one another, suggesting that, contrary to the notion that people are more likely to vote when there is more of a chance their vote will make a difference, in general, people appear least likely to vote in this situation.